Water wars: Are India and Pakistan heading for climate change-induced conflict? | Environment | All topics from climate change to conservation | DW | 25.01.2019

Across the world, climate change is sparking conflict as people struggle over dwindling resources. The fight over water could quickly escalate between India and Pakistan — and both have nuclear arms. 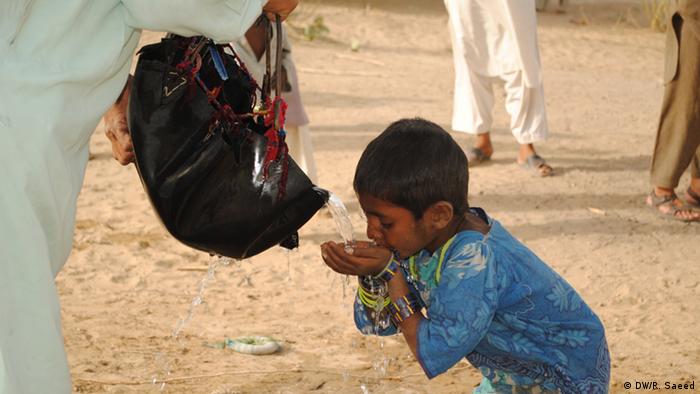 Yemen, Somalia and Syria are just some of the places where climate change is increasingly regarded as a root cause of violent conflict. But while much of the focus on climate change-attributed conflict has predominantly been on Africa and the Middle East, a potentially even deadlier clash over resources may be looming on the horizon in Asia.

That's because India and Pakistan — bitter rivals over water — both have nuclear weapons in their arsenal.

The two countries have a long but strained agreement over sharing water from the Indus River and its tributaries. Waters from the Indus, which flow from India and the disputed Kashmir region into Pakistan, were carved up between India and Pakistan under the 1960 Indus Water Treaty (IWT).

The IWT divides the six major rivers of the Indus basin between Pakistan and India. Pakistan was granted rights to most of the water in the region's western rivers — the Indus, Jhelum and Chenab — which flow through Indian-administered Kashmir.

The dispute over the Kashmir region — a flashpoint between India and Pakistan for more than six decades — is hugely intertwined with water security. Both countries claim the whole region, but each only controls a part of it.

While the IWT has managed to survive the wars and other hostilities, it is increasingly being strained to its limit. Pakistan has accused India of throttling its water supply and violating the IWT by constructing dams over the rivers flowing into Pakistan from Kashmir.

"Any country with nuclear weapons, if they're backed into a corner because they have no water — that's really dangerous," said Jeff Nesbit, author and executive director of non-profit climate communication organization Climate Nexus.

'A matter of survival'

"We are now facing challenges brought about by climate change which were not a primary focus during the negotiations for the Indus Water Treaty," she told DW.

"It has become a matter of survival," she continued. "Aside from the lack of formal dialogue, the rhetoric floating around suggesting a possible water war is particularly alarming." 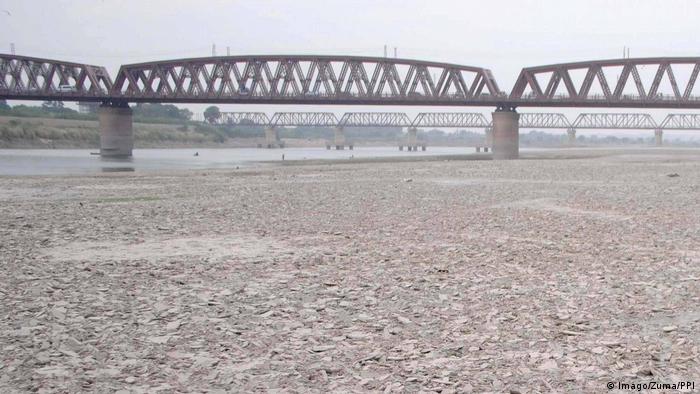 Parts of the vital Indus River in Pakistan, seen here in November 2018, have been reduced to a trickle

A treaty under threat

For Pakistan, the Indus waters are a lifeline: most of the country depends on it as the primary source of freshwater and it supports 90 percent of the country's agricultural industry.

And while Pakistan was considered relatively plentiful with water, a mixture of mismanaged irrigation, water-intensive agriculture and climate change has reduced the Indus to a trickle in parts.

When the rapidly-melting glaciers in the Himalayas, which feed the Indus waters, eventually disappear as predicted, the dwindling rivers will be slashed even further.

In 2016, India came close to tearing up the IWT. It blamed Pakistani militants for an attack on Indian army personnel in Indian-administered Kashmir in September of that year.

Nesbit of Climate Nexus told DW he sees India's threat to terminate the IWT as a bigger problem than the warning of military reprisals.

"Never mind a nuclear strike or a military strike, if they were to actually terminate the Indus Water Treaty, that's much more dangerous to Pakistan's survival, because they would have no way to grow food. And then they would be relying on food imports at a time when their population is exploding. So that particular incident was really dangerous." 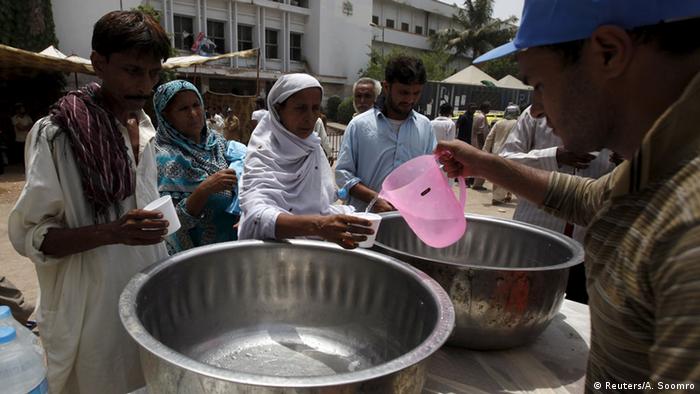 A deadly heatwave in 2015 killed more than 1,100 people in Pakistan

Nesbit, whose 2018 book 'This is the Way the World Ends' deals in part with the Pakistan-India water disputes, said it has the potential to become the most deadly climate change-attributed conflict in the world.

"It's one thing for a country to run out of water, as Yemen has," he told DW, explaining how it triggered water riots that led to the government's collapse and military intervention by Saudi Arabia.

"But the difference is, Yemen is quite poor. And when the same thing happened in Somalia, Somalia is quite poor, so it breeds domestic terrorism, it breeds the collapse of civil government, but it doesn't trigger the kind of regional nuclear confrontation that an India-Pakistan war would."

There's one factor which may keep India from acting on threats to cut off Pakistan's access to the Indus waters, according to Nesbit: China.

"Even India is at the mercy of China, because they are even further upstream," he told DW. "If China were to look to its own borders near India and were to aggressively pursue water runoff from the glaciers in the Himalayas, it would have a similar effect on India," he said.

"That's why China's watching the India-Pakistan water wars quite closely, to see the decisions that India makes," he added.

"So the mitigating factor is that India knows it can't be too aggressive in seizing control of water access because further upstream, the same thing could happen to them."

Elsewhere in Asia, other conflicts have also been linked to climate change. For instance the unprecedented flooding in Thailand in 2011 which sparked major protests over unfair emergency supplies distribution and ultimately led to a military coup that overthrew the democratically-elected government in 2014. The military junta is still in power to this day.

On a global level, Janani Vivekananda, climate security expert at consultancy Adelphi, is somewhat more hopeful about how the struggle over water will play out.

"The trend is people cooperate rather than fight over water because it's just too important and I think this is what will happen just out of necessity," she told DW. "Because there's too much to lose."