Flooding in Germany: Before and after images from the Ahr and Eifel regions | Germany | News and in-depth reporting from Berlin and beyond | DW | 17.07.2021 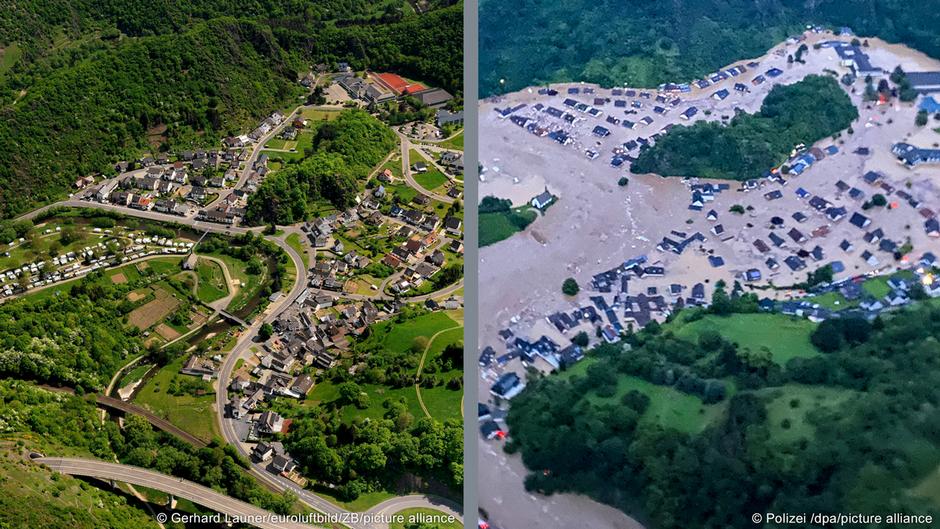 In the early hours of Thursday, the gentle meandering Ahr River turned into a huge racing current that overwhelmed the small village of Schuld. Tucked in a narrow valley in the Eifel region in the state of Rhineland-Palatinate, Schuld was one of the first and hardest-hit by the floods. Nearly half  its houses were destroyed. 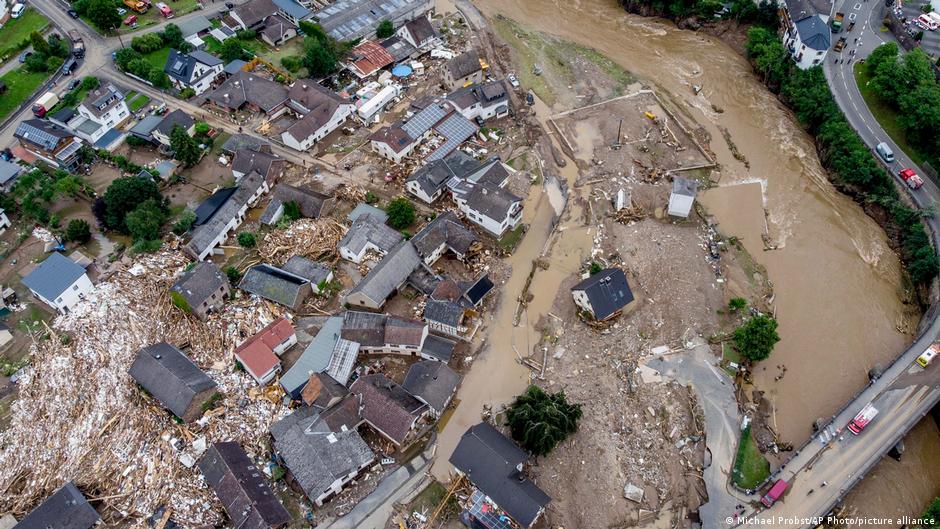 Before the floods, the village of 700 people was a quiet spot mostly frequented by hikers and a few motorcyclists on their way to the nearby Nürburgring. 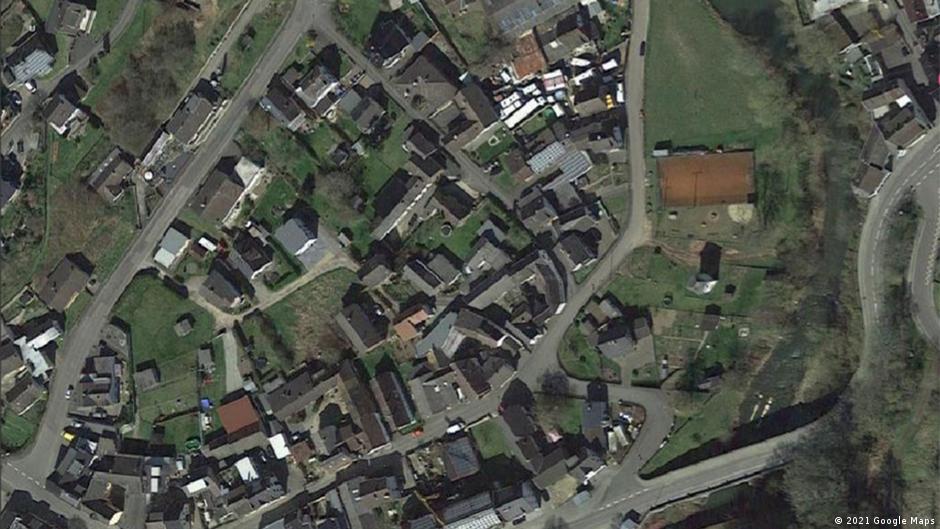 Blessem, a commuter-town in the Erftstadt district just west of Cologne, was completely shut down after the nearby Erft River submerged streets and houses, sending cars swimming away and turned trees into floating matchsticks. The flooding was so extensive that a gravel quarry on the outskirts of the town filled with water while its edges expanded. Buildings and parts of a castle collapsed into the open pit. 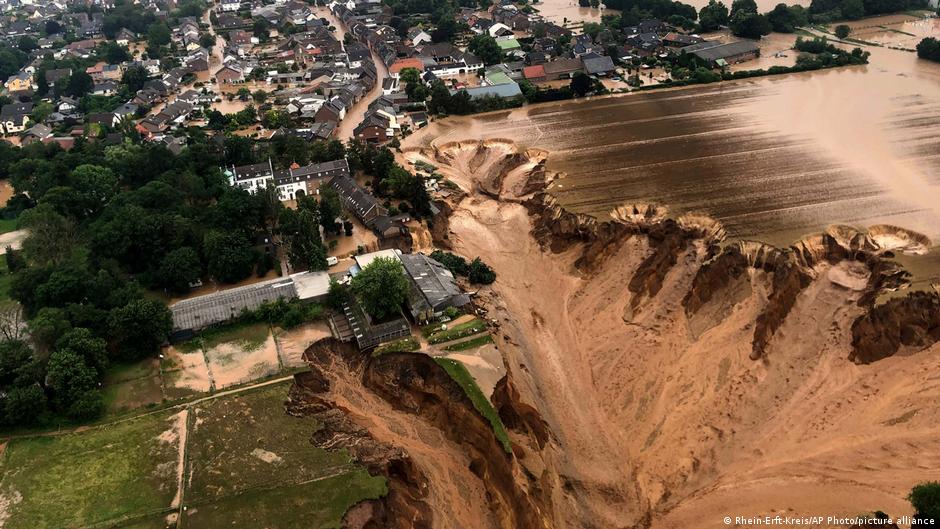 A Google Earth image of Blessem before the floods show fields, a street, and houses where the ground has caved away. 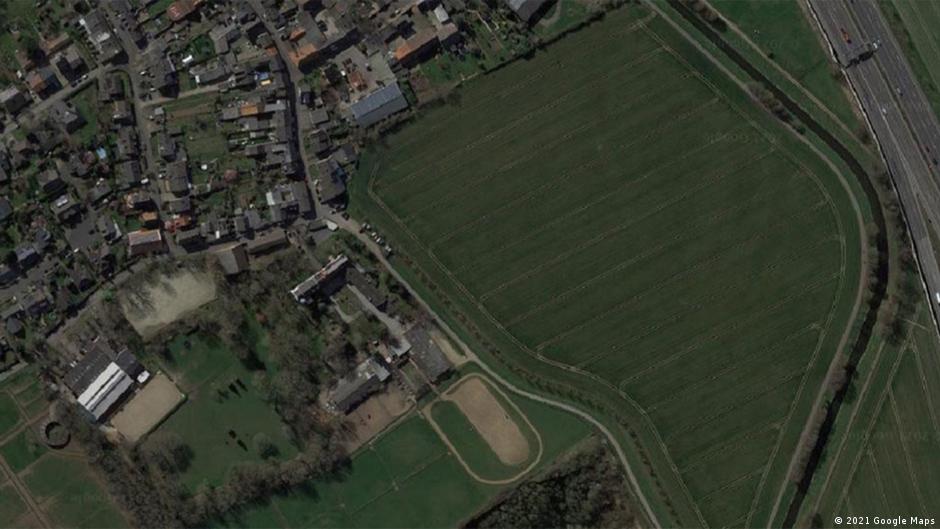 The town of Altenahr in the Ahr Valley was also hard hit by the floodwaters. After torrential rains caused the usually low Ahr River to swell and spill over its banks, there was nothing to hold it back from swamping the surrounding streets and towns.

An aerial view of Altenahr, which is just south of Bonn in the state of Rhineland-Palatinate, show the astonishing extent of the flooding. 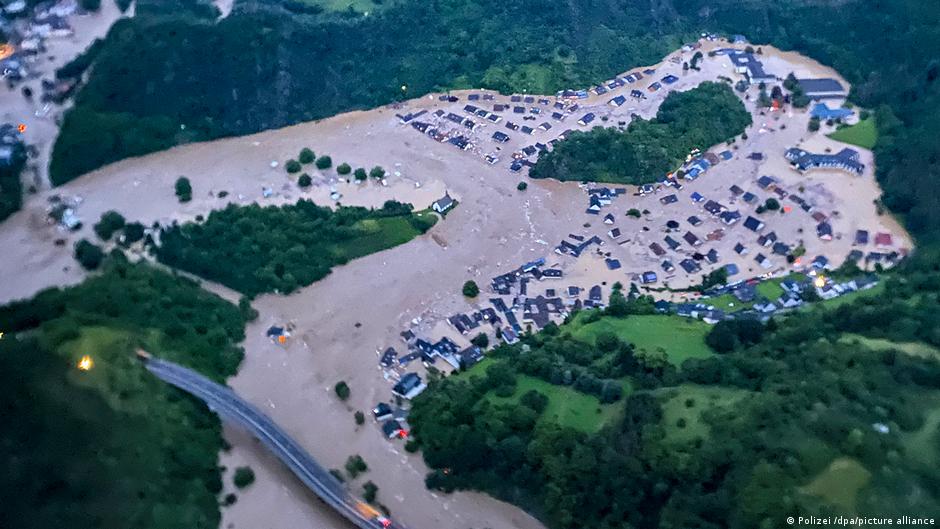 Before the floods washed through the valley in the early hours of July 15, Altenahr was an idyllic town along a meandering river. 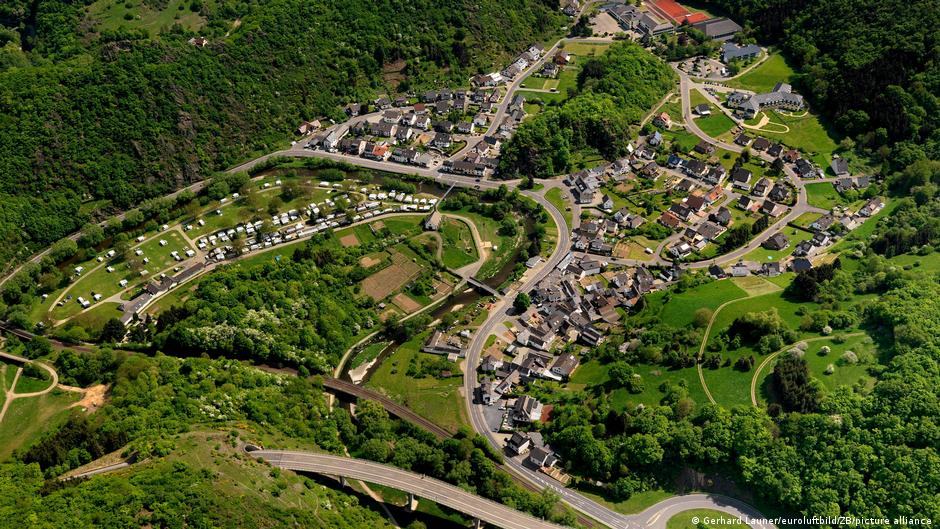 Further along the Ahr River, the town of Dernau was also largely submerged. 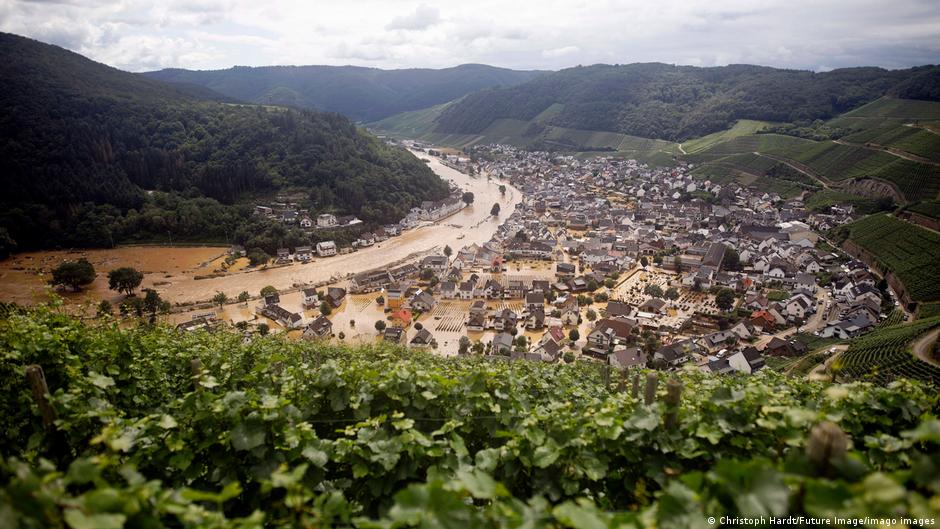 Prior to the floods, Dernau was best known for its peaceful setting nestled at the foot of steep vineyards. 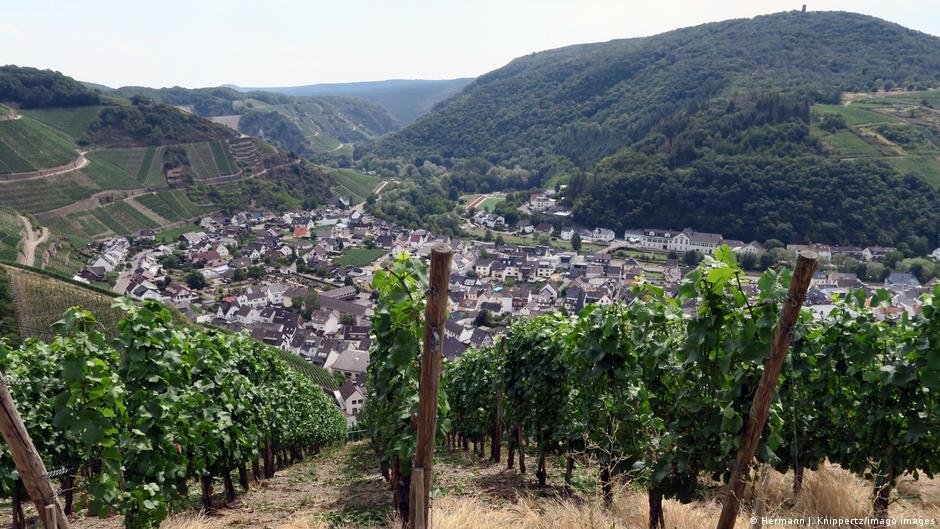 Bad Münstereifel, a city in the Eifel region southwest of Cologne, was also devastated by the floods. The quaint downtown pedestrian zone lined with half-timbered houses normally attracts people from the surrounding region for shopping. 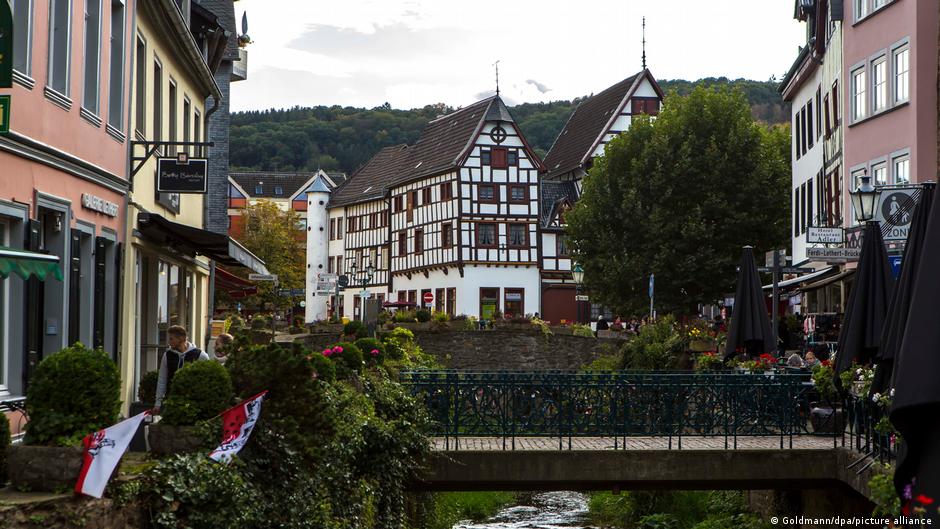 The high waters have now inundated the centuries' old buildings and ripped up the city streets. 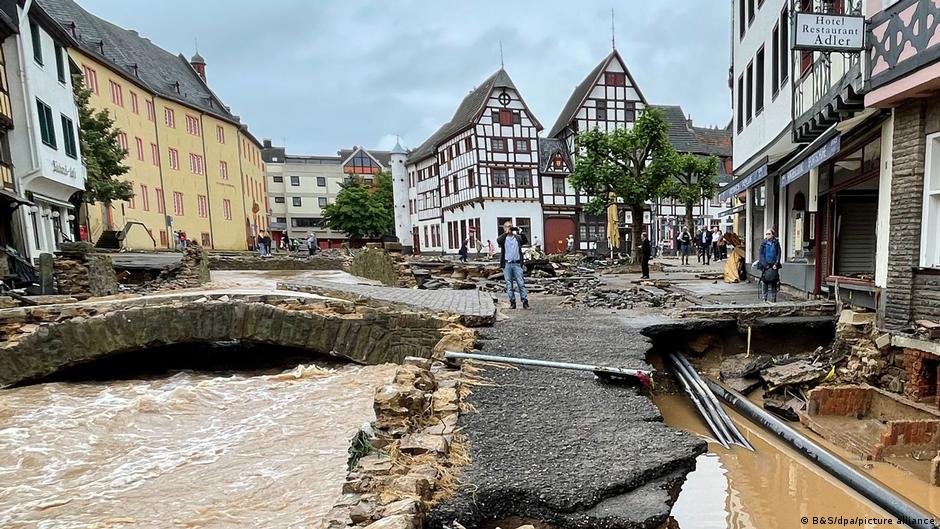