German floods: Where is the Eifel region?

Large parts of Germany's Eifel region have been devastated by the recent floods. Its remoteness makes up much of the charm of this mountainous region, but this has also hindered rescue efforts. 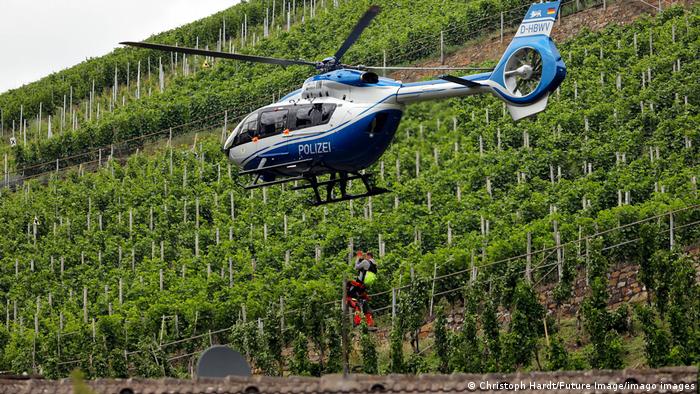 The Eifel region is famous for its wine

Much of the Eifel region is unrecognizable today. Usually gentle, picturesque rivers have burst their banks, flooding and laying to waste entire villages in the low mountain range that stretches across eastern Belgium and western Germany, bordering the Rhine and the Mosel rivers.

Floods leave behind trail of devastation

The northern part of the Eifel belongs to the state of North Rhine-Westphalia. Its small rivers feed into the dams and reservoirs that secure the region's overall water supply. Despite the huge quantities of water that have amassed in recent days, most of these dams are not considered to be at risk. For several hours, however, it was feared that the situation at the Steinbachtal dam on the region's northern edge was critical.

The Eifel borders the Cologne lowlands, home to the state's most populated parts. This is where Erftstadt, which has been devastated, is located, as well as many of the lignite mines that are controversial because of their damaging impact on the environment. Whole municipalities are underwater after rivers burst their banks

The southern part of the Eifel belongs to the state of Rhineland-Palatinate and stretches to the Moselle River, home to one of Germany's two volcanic regions. Some of the Eifel's mountains are in actual fact dormant volcanoes, and the lakes are maars, which are craters left behind after volcanic steam explosions. Lake Laach is one of the biggest and dates back 13,000 years.

Forests cover many of the hilltops, and human life tends to be concentrated in flatter areas or in the valleys carved into the landscape by the streams and rivers. Most residents live in small villages with narrow lanes, where half-timbered and brick houses are common and a church tower dwarfs the other buildings. 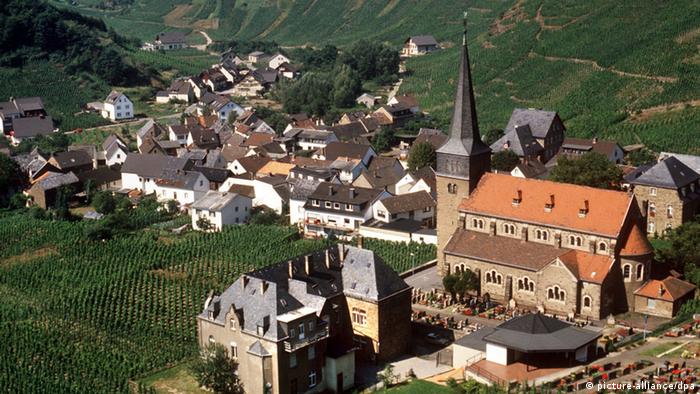 The Ahr Valley is a popular tourist destination

Narrow Ahr Valley is a trap

Known for its wine, the beautiful valley of the Ahr, which crosses the Eifel from west to east for about 80 kilometers (50 miles) before flowing into the Rhine, is particularly narrow and thus dangerous. When the small river burst its banks, many inhabitants had no chance.

The last time that the Ahr Valley was so affected by a climate disaster was 1910, when floods swept away small wooden constructions and materials being used to build a railway line. The region's mountainous terrain makes heavy rain particularly dangerous because water collects in the valleys instead of spreading evenly across other surfaces.

This has proved disastrous for the rescue teams, which have not been able to access large parts of the valley. "We don't have a single bridge over the Ahr left in Neuenahr," Rhineland-Palatinate Interior Minister Roger Lewentz told German broadcaster Deutschlandfunk. Large sections of Highway 257, a key route in the region, are also currently inaccessible and a number of municipalities cannot be reached. With phone lines down and reception poor, the fate of many people remains unknown.

The aforementioned wine of the Ahr Valley, as well as of the Moselle region, is a vital industry in an otherwise economically-deprived region. Mineral water from the volcanic regions is also bottled here and there is a big brewery on the western edge of the Eifel, but aside from agriculture, tourism represents one of the most important sectors.

Bike trails and hiking routes are a huge attraction and the region is also popular with motorcyclists, professionals and amateurs alike, who like to go at full speed on the Nürburg race track which motor sports fans cheering them on. Stargazers also like to come to the region, because there is little light pollution in the remote valleys. One of the biggest radio telescopes in the world can be found near Bad Münstereifel. 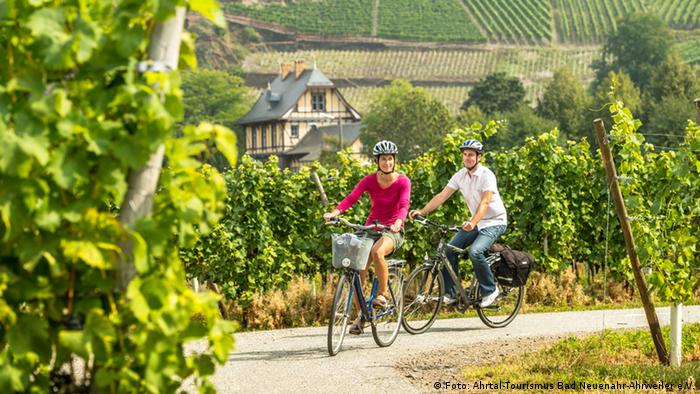 The floods have hit just as restaurant and hotel owners, already reeling from the devastating impact of the COVID-19 pandemic, were beginning to look forward to the new season. This disaster will be a terrible setback for them. Many of the campsites located near the water are completely destroyed.

But there is a strong community spirit in the Eifel region, where locals and tourists like to celebrate Carnival and the wine harvest. Many are now coming together in solidarity to help each other through this catastrophe.

One year after the flood disaster in two German states, those affected are still struggling with the trauma and the consequences of political failure, writes Christoph Strack.

The flood victims in western Germany's Eifel region were promised swift and unbureaucratic help with rebuilding their lives. How has that worked out for them? DW's Tessa Walther went to find out.

DW talked to people from the tourism and publishing industries in Germany's Ahr valley: They are still recovering from the catastrophic floods that hit the area a year ago.