The use of proxy jihadis in the Indian sub-continent is as old as India and Pakistan's independence from British rule. 70 years after partition, the jihadist network has become so huge that it threatens both states. 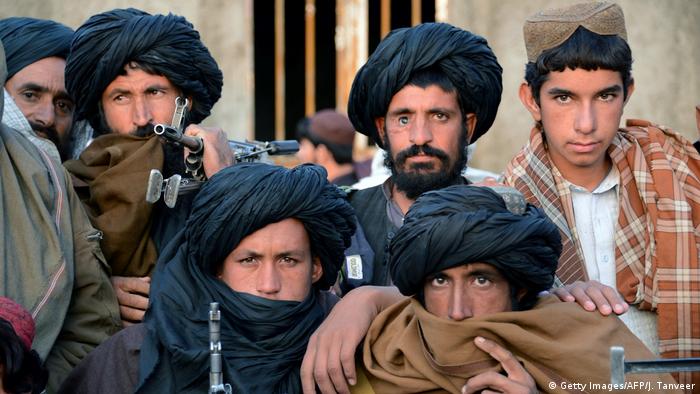 In a recent interview with DW, Pakistani politician Imran Khan argued that the US intervention in Afghanistan is the main reason behind the rise of jihadi phenomenon in Afghanistan and Pakistan.

Khan is only partly correct. The US Central Intelligence Agency (CIA) and the Pakistani military's spy group, the ISI, collaborated closely in Afghanistan to defeat Soviet forces in the 1980s. Washington and Islamabad invested heavily in Afghan mujahideen (Afghan "holy warriors") and provided them militaristic and logistic support to fight the Moscow-backed government in Kabul. From the point of view of the US and Pakistan, it was a successful campaign. The mujahideen forced Soviet troops to retreat and were able to take control of the Afghan capital, Kabul. But what Khan and many others, who associate Afghan jihad with the Cold War's US-Soviet rivalry, gloss over is the fact that Pakistan's support for jihadis began as early as the country's independence in 1947. Analysts say it spiked in the 1950s and peaked in the late 1970s and the early 1980s.

Read: Opinion: The anniversary of hatred

Pakistan's use of jihadi proxies has always been India-centric. Now when the West admonishes Islamabad for not relinquishing support to some factions of the Taliban, or the Haqqani Network, they overlook Pakistan's concerns about Indian influence in Afghanistan. Also, and equally, significant is India's control over a large part of the Kashmir region, which Islamabad considers a threat to its interests.

Unsurprisingly, soon after India and Pakistan gained independence from British colonial rule in 1947, the two nations got embroiled in a conflict over Kashmir, which continues to date.

"It is factually and historically incorrect that Pakistan started using jihad as an instrument of its defense policy in the 1980s. In reality, it happened as early as September, 1947, when Pakistani authorities armed and sent tribal militias to the erstwhile state of Jammu and Kashmir," Arif Jamal, a US-based journalist and author of several books, including "Shadow War - The Untold Story of Jihad in Kashmir" and "Call For Transnational Jihad: Lashkar-e-Taiba, 1985-2014," told DW.

"These jihadis were dispatched to Kashmir under a well thought out plan conceived by Colonel Akbar Khan. The first prime minister of Pakistan, Liaquat Ali Khan, and some members of his cabinet, participated in the planning. It is not confirmed whether Pakistan's founder and Governor General, Muhammad Ali Jinnah, was taken into confidence over this mission," Jamal added.

"Jinnah had signed a stand-still agreement with the Maharaja (ruler) of Jammu and Kashmir, and jihad by tribesmen violated that agreement. The Maharaja then invited Indian troops to defend the state, which led to the first war between India and Pakistan and the division of Kashmir by the end of 1948," said the expert.

Talat Bhat, a Sweden-based documentary filmmaker and director of the Kashmir Record and Research Council, told DW the jihadis' involvement in the Kashmir dispute has had a negative impact on the secular and independent nature of the Kashmiri movement.

"Kashmir's independent movement began in 1948 and kept gaining strength in Indian-occupied areas until 1985, a year after the hanging of the separatist leader Maqbool Bhat in 1984. His Jammu and Kashmir Liberation Front (JKLF) party declared war on India in 1988, which also led to a popular independence movement," Bhat said.

"But in 1991, Pakistan's ISI created Hizbul Mujadeen (HM), an Islamist militant organization, to counter secular JKLF. Between 1991 and 1993, most JKLF commanders were either killed or jailed by HM or Indian troops. In 1994, JKLF declared unilateral ceasefire but Islamabad sent more Islamists, who had fought the war in Afghanistan, to Kashmir," Bhat underlined.

Bhat is of the view that India benefited from the jihadis' involvement as it allowed it to justify its oppression and "occupation" of Kashmir.

But blaming Pakistan for the jihadi situation and exonerating India from any responsibility would not be an objective analysis of the conflicts in the region.

Not only that Indian oppression in Kashmir is well-documented and criticized by international human rights organizations, India's efforts to increase its influence in Afghanistan have also been pointed at by analysts. Experts say that Pakistan was justifiably worried about a pro-New Delhi and pro-Soviet regime in Afghanistan right after the partition. Also, Pakistan did not want ethnic Pashtuns in its northwestern province to ally with Afghan Pashtuns.

- Mullah Omar: An Islamist who fought against two world powers

- The godfather of the Taliban: Hamid Gul and his legacy

After the Soviet exit from Afghanistan in the late 1980s and the Pakistan-backed Taliban took control of Kabul in 1996, India only regained influence in the war-torn country following the 2001 US invasion of Afghanistan and the subsequent fall of the Taliban regime. Since then, India has heavily invested in the country hoping to minimize Pakistan's role in Afghan politics. New Delhi also diplomatically supports separatists in Pakistan's western Baluchistan province.

"Afghanistan does interfere in Pakistan's internal affairs with some help from Indians," Wahid Muzhda, a Kabul-based security analyst, told DW.

"India had close ties with the former Afghan King Mohammad Zahir Shah from 1933 to 1973. It is in India's interest to keep Pakistan under pressure, and Afghanistan has always remained as one its main means of achieving this objective," Muzhda added.

Faiz Mohammad Zaland, a lecturer at Kabul University, says that Afghanistan attempted to support Pashtun separatist movements in Pakistan from 1950 to 1970. "When Pakistan became stronger as a state, it started supporting different jihadi groups against the government in Kabul," Zaland told DW.

Although many people think that military dictator Zia ul-Haq was the one who launched jihadi forces in Afghanistan in the 1980s, analyst Arif Jamal believes it was Pakistan's socialist Prime Minister Zulfiqar Ali Bhutto.

"In 1975, Bhutto invited many Afghan Islamists to Islamabad and convinced them to wage a jihad against the Afghan government. Many of these jihadists later emerged as leading mujahideen commanders in the 1980s," Jamal said.

Read: Why are the Afghans wary of Pakistan?

But Zaland is of the view that the fear of Indian influence does not justify Pakistan's interference in Afghanistan.

"Indian diplomatic missions in Kandahar, Herat, Kabul and Nangarhar have become targets of deadly Islamist attacks since 2001. This shows the level of influence Pakistan enjoys over jihadis," Zaland said.

Experts say the use of proxy jihadis in Afghanistan and Kashmir is as dangerous for Pakistan as it is for India. For a decade, Islamist militants have been wreaking havoc in Pakistan, targeting both civilians and security forces. The jihadi network has become so huge and complex that the state no longer has absolute control over it.

Read: How have India and Pakistan fared economically since partition?

How NATO weapons from Afghanistan are impacting Kashmir's militancy 18.05.2022

Bombs and weapons used in Afghanistan by militants and US forces are making their way into India-administered Kashmir, raising fears that they could bolster an Islamist insurgency in the area.