Many Afghans associate the Taliban with neighboring Pakistan and blame Islamabad for their misery and decades-long armed conflict in their country. DW analyzes the reasons behind the Afghans' wariness with Pakistan. 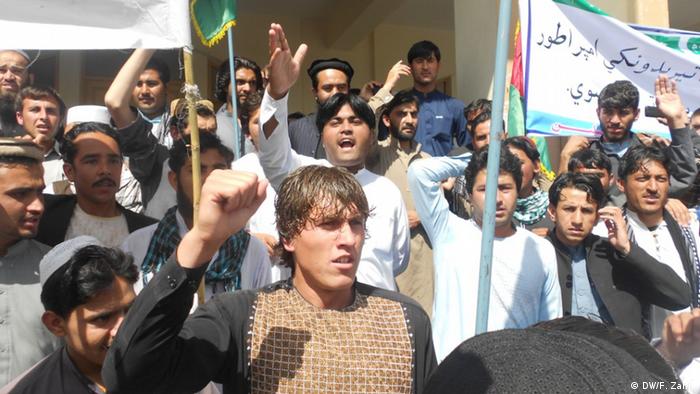 Many Afghans were euphoric when they heard the news of the death of Pakistan's former intelligence chief, Hamid Gul, earlier this month. Scores of people were seen dancing on the streets in the capital Kabul and other major Afghan cities as they rejoiced in the death of what they call "the butcher of the Afghans."

Gul's role as the head of the Pakistani military's Inter-Services Intelligence (ISI) spy agency during the 1980s Afghan War is no secret. Hailed in Pakistan as a "war hero," Gul worked closely with the US and other Western countries to make sure the Soviet Union didn't succeed in Afghanistan. But what the Afghans loathe the most about Gul is his subsequent support to warlord Gulbeddin Hikmetyar against pro-Soviet and pro-Indian former Afghan presidents Dr. Najibullah (1987-92) and Burhanuddin Rabbani (1992-96).

"Gul and the ISI did not allow any Afghan government to succeed after the departure of the Soviet forces," Farooq Sulehria, a Pakistani researcher and journalist in London, recently told DW. "It was one of the worst periods in the history of Afghanistan, and Gul was its architect."

Gul retired from the army in 1992, but continued to back pro-Islamabad Islamist groups in Afghanistan. He maintained a clout in his former institution, which by 1994 was allegedly arming and training the emerging Taliban movement. Until his death on August 15, 2015, Gul remained a staunch supporter of the Taliban, al Qaeda and global jihadist movements like "Islamic State." 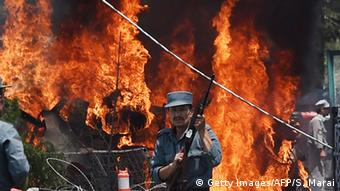 Hilaman Katawazai, a local resident of Afghanistan's Paktika province, was among those who celebrated Gul's death: "When Hamid Gul died, people were very happy. They called me to join them in the celebration because we all believe that Gul was the main architect of the Afghan war," he told DW.

"When former Pakistani military dictator Zia-ul-Haq died, the Afghans mourned his death. We did not know who Haq was and what his country was doing against us. Now that we know the intentions of the Pakistani military and the ISI, we welcome the death of anyone who we think is responsible for our misery," Katawazi added.

"History has proven that Pakistan wants a weak government in Afghanistan so it can remain as the only mediator for the crisis in its neighborhood for the international community," Ahmad Zia Ferozpur, a lecturer at the Balkh University, told DW, adding that the only time Pakistan was happy with Afghanistan was during the Taliban regime.

"In 2001, Islamabad agreed to join the campaign against the Taliban due to the international pressure but started a double game of supporting the Islamist insurgency and the international effort in Afghanistan simultaneously," Ferozpur underlined.

However, the Afghans' anger is directed against the military and the ISI, not its people, emphasized Ferozpur.

According to Sadaf Gheyasi, an Afghan journalist and activist, the social media has played a big role in how the Afghans see Pakistan now. "The Afghan government has provided ample proof of Pakistani interference in Afghanistan through social media," she said.

But things can change now under the new Afghan government, believes Shukria Barakzai, an Afghan parliamentarian. "What we ask from Pakistan is not impossible: We want Islamabad to sign a transit agreement with Afghanistan and stop interfering in Afghanistan's security," she told DW's Pashtu and Dari service. "Afghanistan has tried all options with Pakistan. If Pakistan does not change its policies, our last option will be to consult the United Nation's Security Council," she warned. 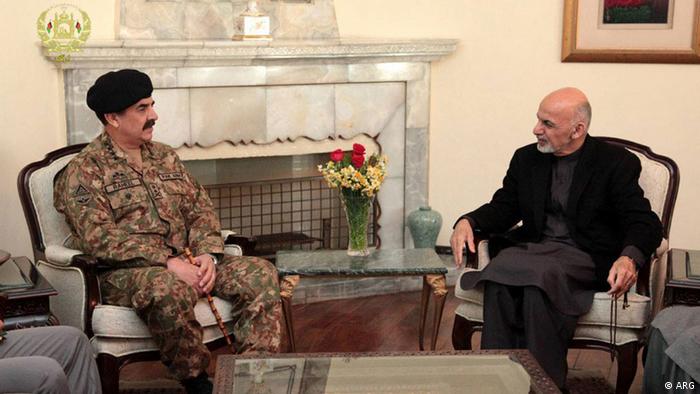 The Afghans' anger is directed against the military and the ISI, not its people, says Ahmad Zia Ferozpur, a lecturer

Islamabad says it is willing to cooperate. It denies claims of interference in Afghanistan and says it wants to facilitate the peace process. Despite a round of successful peace talks between the Afghan government and the Taliban hosted by Pakistan, there hasn't been a breakthrough on this front either. Afghan President Ashraf Ghani recently slammed Islamabad for its apparent unwillingness to cooperate in the negotiations.

"Pakistan should have an understanding of the situation in Afghanistan and use the same definition of terrorism with regard to Afghanistan as it does domestically," Ghani recently said in a meeting with outgoing Swedish Ambassador to Afghanistan, Peter Semneb, adding that the peace talks with the Taliban should be an Afghan-owned and Afghan-led process.

Ghani also expressed his anger towards Pakistan for a series of bomb attacks that killed dozens of people few weeks ago, blaming Pakistan for failing to stop the Islamist militants from planning and executing terror strikes from its side of the border.

"We hoped for peace, but war is declared against us from Pakistani territory," Ghani said at a news conference on August 10.

But Afghanistan's anger is unlikely to change Pakistan's Afghan policies since the country's military and civil establishments still consider the Taliban an important strategic ally, analysts say. Islamabad believes the Islamist group should be part of the Afghan government now. Observers are of the view that the Pakistani military hopes to regain the influence in Kabul it once enjoyed before the United States and its allies toppled the pro-Pakistan Taliban government in 2001. 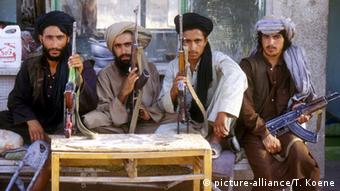 Many people in Afghanistan believe the Taliban have the Pakistani backing

Matt Waldman, a researcher on the Afghanistan conflict at Harvard University, believes that Pakistan won't relinquish its support for the Taliban until the regional dynamics undergo a transformation. "The evidence indicates that the Pakistan hasn't fundamentally changed its Afghanistan policy," Waldman told DW.

On the contrary, Kabul's ties with New Delhi have improved, which irks the policymakers in Islamabad. While India has been active in rebuilding Afghanistan since 2001, Pakistan's role has been negligible in this regard, says Sulehria. "By backing the Taliban, Islamabad has contributed to the country's destruction. I frequently visit Kabul and I can say that Pakistan is very unpopular in Afghanistan. Sadly, Islamabad is not ready to change course," the expert added.

Sulehria says that Afghanistan has changed a lot over the past years, and that objective realities and subjective factors are not in Pakistan's favor anymore. "Pakistan will not be able to dictate terms to the Afghan administration and the rest of the world now. I think Pakistan has already lost the proxy war."

"Kabul is friendlier towards New Delhi now, whereas Islamabad continues to back the Taliban, as officially admitted by its foreign officials. Pakistan wishes to change this scenario and turn Afghanistan into its political backyard once again," Sulehria told DW. 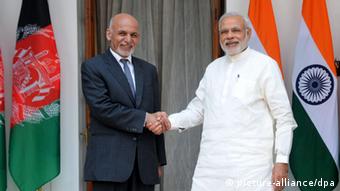 Pakistan resents the idea of an India-friendly government in Kabul

The Pakistani government says it is easy for Afghan officials to put the blame of their country's failure on Pakistan. The Afghan politicians have failed to deliver to their people, and the narrative that Islamabad is responsible for all their problems is a political tactic for them, say some analysts.

But Shukria Barakzai says there is no truth in these claims:

"I don't think that we are using Pakistan as a scapegoat. Our problems with Pakistan are not only restricted to politics; we have economic issues with them too," she said. "Afghanistan is not the only country blaming the Pakistani establishment for interfering in its affairs. Look at India, Bangladesh and China. These countries have a similar problem with Islamabad."