How have India and Pakistan fared economically since partition? | Asia| An in-depth look at news from across the continent | DW | 14.08.2017

When India and Pakistan became independent 70 years ago, they were at the same level of development, with both equally poor and wretched. But the economic gap between them is growing. 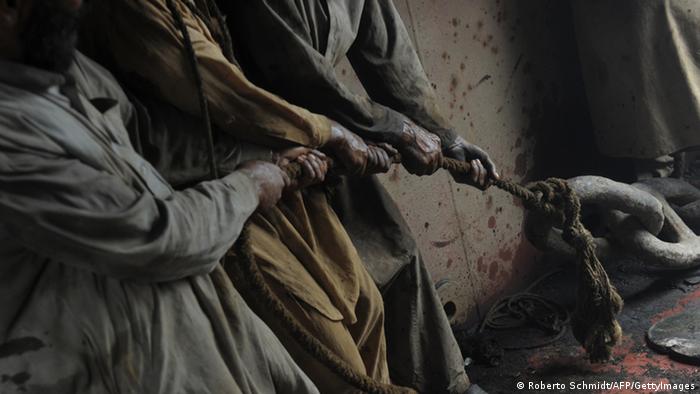 Persistent underdevelopment has afflicted the Indian subcontinent since the region was unshackled from the chains of British colonial domination seven decades ago. South Asia's growth and development have been underwhelming compared to those of places like Northeast and Southeast Asia.

The region's independence from British rule was marked by its partitioning along religious lines, giving birth to a Hindu-majority India and Muslim-majority Pakistan as two independent countries. At the time of their independence in 1947, they both found themselves at a similar level of socio-economic development. The two newly formed nations were desperately poor and desiccated, home to hundreds of millions of destitute, illiterate and malnourished people.

India started its independent journey with an advantage by inheriting public institutions set up by the British during their rule. It also had a bigger share of the urban population, industry and transportation infrastructure. Pakistan, on the other hand, had the upper hand in agriculture, as the nation's territory composed of a huge tract of the alluvial, irrigated land of Punjab.

The two countries dreamt of rapid economic advancement, in the hope that it would uplift millions of their impoverished citizens.

There was significant convergence in their economic policies in the 1950s and 60s. Inspired by the Soviet Union and skeptical of capitalism, both sides designed centrally planned, state-led economies. The focus was on import substitution and self-sufficiency. Unsurprisingly, it was accompanied by their governments executing protectionist and interventionist policies, holding down growth and sustaining widespread poverty.

Inequality was as much a problem then as it is now. In the 1970s, redistribution of wealth came to dominate political discourse in both countries. While India's then Prime Minister Indira Gandhi captured public imagination with her "gharibi hatao" (eliminate poverty) call, her Pakistani counterpart Zulfikar Ali Bhutto popularized the slogan "Roti, Kapda aur Makan" (food, clothing and shelter).

Gandhi's radical approach to economic management was epitomized by her drive to nationalize a number of industries, including banking, insurance, coal and steel. Across the border, Bhutto, too, was committed to a strong state control over the economy. He also nationalized financial institutions as well as a number of other sectors.

The stated intention behind the nationalization drives in both nations was to reduce inequality and share economic prosperity more widely. But the policies slowed down growth, drove away foreign investment and discouraged entrepreneurship. Economists claim they actually increased inequality rather than decreasing it.

In Pakistan's case, political and security risks also grew in the 1980s. The rise of sectarian conflict and the emergence of religious political parties were compounded by the proliferation of extremist ideologies and violence emanating from Pakistan's involvement in the Afghan War. These factors, too, had a negative effect on the Pakistani economy and people's well-being. 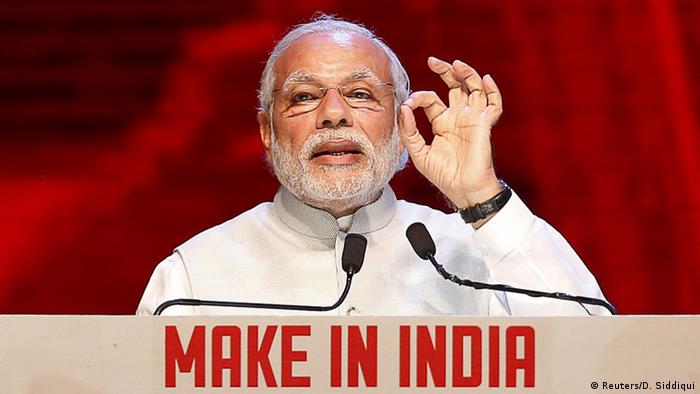 The growth-crippling policies ultimately caused myriad and complex dysfunctions in both economies, hurt development efforts and sparked severe crises by the late 1980s and early 1990s. The large deficits and balance-of-payments difficulties forced the two nations to knock on the door of the International Monetary Fund (IMF) for help. Pakistan went to the IMF in 1988 and India in 1991.

Both nations had to implement some radical free-market reforms, liberalizing and opening up their economies. But while India approached the IMF only once for help in 1991, Pakistan has sought assistance from the fund 12 times since 1988.

It reflects the diverging paths the two nations' economies have taken since then.

"Since 1990, as India has moved ahead with economic liberalization and major reforms, Pakistan has become mired in episodes of political turmoil and economic crises," said Rajiv Biswas, Asia-Pacific Chief Economist at IHS Markit, a global information and analytics firm. "India's economy has outperformed Pakistan during this time, and the country has achieved a more balanced and sustained macroeconomic performance."

Read: Will Modi's Germany trip give thrust to free trade?

This striking progress by India has drawn the attention of the global investor community and magnified the economic gap with its neighbor. Still, experts point out that despite India's relatively better performance, per capita GDP levels are still broadly at the same level. "India's per capita GDP has reached an estimated $1,930 in 2017, while Pakistan's per capita GDP is estimated at $1,560," Biswas told DW.

Energy-sector crises have contributed significantly to Pakistan's economic problems, with large power-sector debts and inadequate electricity-generating capacity resulting in severe power shortages. They have acted as a key bottleneck for industrial development, prompting the government in Islamabad to make power infrastructure a key focus. 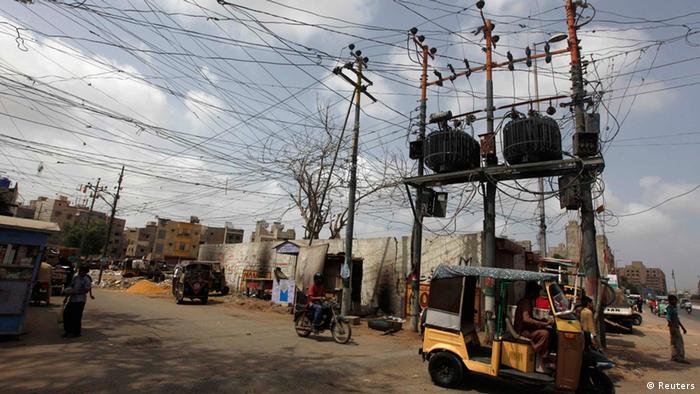 Pakistan's economy has suffered due to an acute energy crisis

Both India and Pakistan continue to remain notorious for red tape and cumbersome barriers for private sector investment flows, with India still ranked 130 out of 190 countries in the 2017 World Bank Ease of Doing Business Index, while Pakistan is slightly worse with a ranking of 144.

That's why they have been focusing their efforts on pushing through critical reforms aimed at easing infrastructure bottlenecks, accelerating growth and spreading prosperity, with mixed results.

Islamabad pins its growth hopes on the China-Pakistan Economic Corridor (CPEC), a joint multibillion-dollar project, which is expected to channel tens of billions of dollars in Chinese investment into Pakistan. Experts reckon the initiative could give a fillip to expansion over the next five years.

Political and border tensions between Pakistan and India over the past seven decades, and the ensuing deep-seated mutual mistrust and hatred, have spilled over into the economic arena, hindering any meaningful commercial partnership between them. The bitterness and suspicion between the two sides have also contributed to their committing enormous financial resources toward defense and national security, thus resulting in far lower resources available for other areas such as education and health in a region where millions still live on less than 2 dollars a day.

Furthermore, they have pushed South Asia behind others in terms of economic integration. The region is plagued by high trade barriers, underdeveloped transport infrastructure and regulatory hurdles, among a slew of other problems. And it remains much less integrated into global manufacturing supply chains.

For the situation to improve, analysts say, both countries need to find a more peaceful coexistence built on bilateral trade and investment flows.

"The EU example, whereby Germany's relations with other European nations have been built on peace and stability with steadily improving economic and political ties in the aftermath of two devastating world wars, should serve as a role model for future India-Pakistan relations," said economist Biswas.

Pakistan and India continue to struggle 65 years on

The bloody division of British India in 1947 continues to cast a shadow over bilateral relations between Pakistan and India. Though mutual distrust runs high, recent signs hint at an improvement in relations. (14.08.2012)