Pakistan and India continue to struggle 65 years on

The bloody division of British India in 1947 continues to cast a shadow over bilateral relations between Pakistan and India. Though mutual distrust runs high, recent signs hint at an improvement in relations. 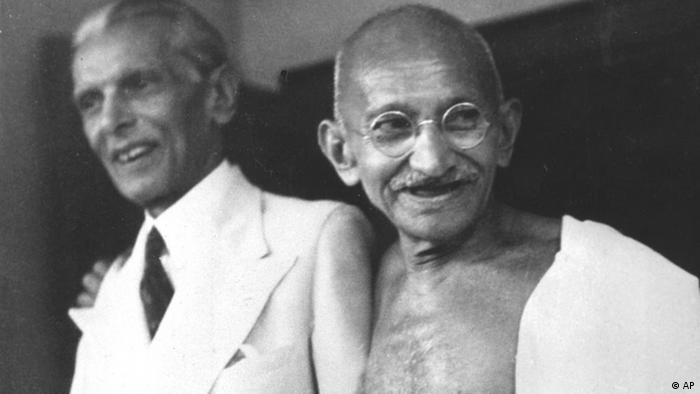 Financially ruined after the Second World War, Great Britain had to retreat from the Indian Subcontinent in the year 1947. The end of British India also meant the partition of the former colonial empire into the new, independent states of India and Pakistan (originally East and West Pakistan).

Millions of Hindus, Muslims and Sikhs were displaced in the process. The number of people who became victim of religious-motivated violence is estimated to be at around a million. India and Pakistan did not officially agree on a demarcation line on their border in the northwest; this led to the conflict over Kashmir - contested by both sides - which continues today. The tension led to war in 1947, 1965, 1971 and in 1999.

In 1947, many Indian politicians had hoped to avoid the separation of Pakistan and - for some at least - the hope lives on that one day the subcontinent will be reunited. Pakistan, for its part, feels threatened by its upcoming neighbor. 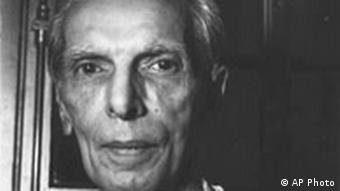 The father of Pakistan envisioned a secular, democratic state

The fear is that India sees itself as a regional superpower and wants to engulf or dominate Pakistan. Constant distrust is characteristic of Indo-Pakistani relations - the people of each country view the other as an enemy.

But it didn't have to be this way. The founding father and first president of Pakistan, Muhammad Ali Jinnah, wanted to create a secular parliamentary democracy. He died before realizing his dream. His successors had other plans for the country.

Military officials, who took it upon themselves to assume power over the country's foreign and security policy, have been in power through a number of coups for longer now than elected civilian governments.

In the 1980s, the trenches got deeper than ever before. During the Soviet invasion of Afghanistan, Pakistan became a breeding grounds for Islamist insurgents - among them Osama bin Laden - who were financed by the American Central Intelligence Agency (CIA). Pakistan's military dictator at the time, Zia ul Haq, seized the opportunity to push ahead with the Islamization of the country - a step that has significantly affected Pakistani politics until today. The powerful military secret service, the ISI, took the opportunity to support Islamist groups, especially Lashkar e-Taiba, which has been responsible for multiple terrorist attacks in Kashmir and India. The bloody attack in Mumbai in 2008 was also carried out by the radical group.

The media in each country is not helping lessen the distrust. Coverage remains one-sided and is full of stereotypical clichés. Journalists from both countries complain that objective coverage is institutionally hampered. 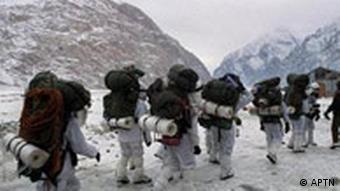 The Siachen Glacier is the world's highest battle ground

There are similar reports from the educational sector. Marva Bari, a journalist in Islamabad, described how young Pakistanis are taught to see India as the enemy.

"The Pakistani education system promotes hate towards India. Muslims are portrayed as victims and the others (non-Muslims) are depicted as evil. Children are raised in the ideology that India is Pakistan's arch enemy and that they have nothing in common."

Talks about an improvement in contacts between the two were put on ice after the Mumbai attacks in 2008. Kuldip Nayar, a well-known Indian journalist and peace activist, said he was nonetheless optimistic.

"It will take time. The governments have no alternatives to peace. There will be no war. Today, tomorrow or later, both sides will pick up negotiations again. There will be nothing dramatic like the fall of the wall in Berlin, but some day we will have better relations."

India's willingness to allow direct investment from Pakistan is one such step towards improved relations.

"Bilateral trade would definitely improve relations between Pakistan and India because business would mean an increase in interpersonal contacts," Moonis Ahmar, professor of international relations at the University of Karachi, told DW. 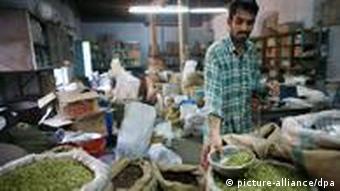 But he also warned: "Some people in India and Pakistan will surely be against the promotion of such contacts. Yet if the Indian and Pakistani civil societies are interested in increasing trade and investment, and support it, they can put an end to the warmongers."

Many in India have welcomed the step to allow investment from Pakistan as a general step in the right direction. "Basically, it looks good; when it comes to trade, we are making progress. India has recently allowed direct investment from Pakistan for the first time ever. And Pakistan has promised to give India Most Favored Nation (MFN) status to India by the end of the year," said Savita Pande, professor at New Delhi's Jawaharlal Nehru University.

Nayar, however, said hopes shouldn't be too high, as India wanted Pakistan to make concessions before taking relations any further. "I think India wants Pakistan to take steps against the terrorists who attacked Mumbai. But so far Islamabad has not done anything and New Delhi is waiting."

Pakistan celebrates its 65th Independence Day on Tuesday, August 14. Yet it seems that many young secular Pakistanis are questioning the religious foundation of the state. (10.08.2012)

Pakistani traders have welcomed the Indian government's decision to allow foreign direct investment in India by Pakistani citizens and companies. However, experts are cautious about the implementation of this decision. (02.08.2012)

The Siachen Glacier - 'the highest battlefield in the world' - has been a source of dispute between Pakistan and India for decades. All previous rounds of talks between the nuclear-armed rivals have ended in stalemate. (11.06.2012)