′I really give President Trump a lot of credit′: US Senator Jim Risch | World| Breaking news and perspectives from around the globe | DW | 20.02.2019

'I really give President Trump a lot of credit': US Senator Jim Risch

The annual Munich Security Conference highlighted the growing divide between the US and Europe. DW meets Jim Risch, chairman of the US Senate Foreign Relations Committee, to discuss the most contentious issues.

US President Donald Trump has rarely described NATO in positive terms, and there have been fears that he could withdraw altogether from the trans-Atlantic military alliance that he has called "obsolete."

But high-ranking US Republican senator Jim Risch told DW's Conflict Zone at the Munich Security Conference that he has no reason to believe Trump is going to make that move.

"NATO is an alliance we all belong to," Risch said on the sidelines of the world's largest annual international security gathering. "It's a great alliance and we want to continue. It's in your best interest, it's in our best interest."

However, Risch, who serves as the chairman of the Senate Foreign Relations Committee, stressed that NATO members are not keeping their defense spending agreements, and he praised the president for trying to change this.

"I really give President Trump a lot of credit because, indeed, since he has been in office and since he has underscored this, there are countries that are making much better efforts to live up to their agreements," said Risch. 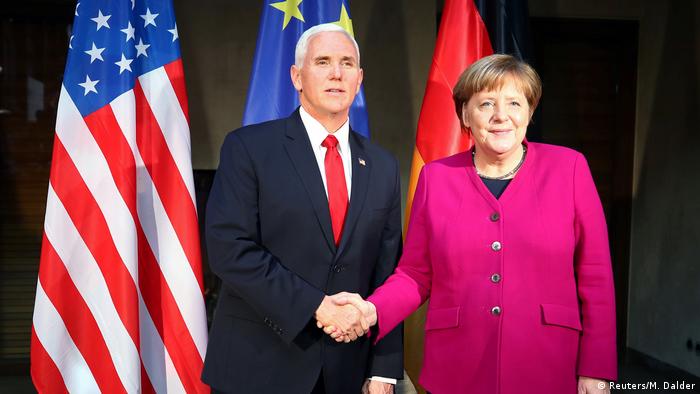 US VP Pence and German Chancellor Merkel shook hands at the Munich Security Conference, but their countries' differences were laid bare

US officials have often said they expect their European allies to spend more on common defense. Vice President Mike Pence reiterated this message in Munich.

But when Conflict Zone host Tim Sebastian pressed Risch by stressing that NATO members have committed to a hard spending target by 2024, the US senator said he didn't want to debate and again stressed that many European countries are not living up to their commitments.

North Korea 'is still a threat'

Both leaders "are to be commended for talking, and they are certainly commended for lowering the rhetoric that was being thrown by both sides at each other," Risch said.

The senator from Idaho added that North Korea is still a threat, but "not what it was a year ago."

"I think he (President Trump) has given Kim Jong Un the ability to take an exit ramp that will put us all in a lot better place than where we were," he said. 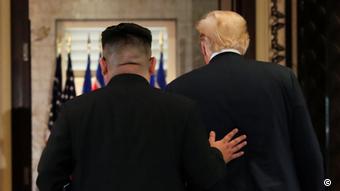 Risch added that he hoped people would pray for Trump's continued success in engaging with North Korea. The US president and the North Korean leader are set to meet in Vietnam at the end of February.

Maduro and Guaido in Venezuela

Sebastian asked Risch about the current crisis in Venezuela between acting President Nicolas Maduro and his political opponent Juan Guaido, who declared himself interim president in January.

The senator said he commended Venezuelans for using the rule of law to remove Maduro from the presidency and install Juan Guaido as the president.

"The people that are supporting Maduro are the rogues' gallery in the world, including the Iranians, the Russians, the North Koreans," he added. 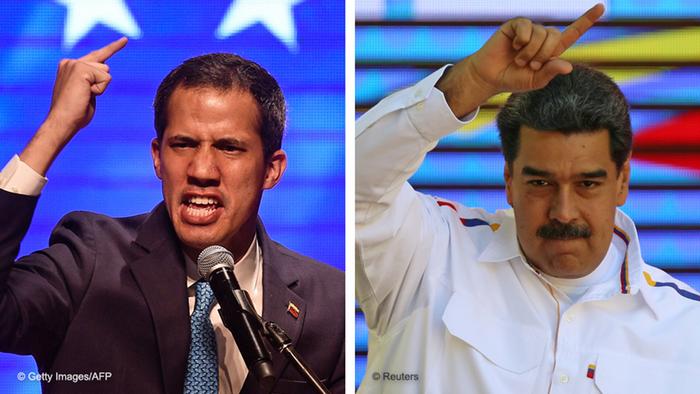 The US government officially recognized Guaido (l) as the interim president of Venezuela, though Maduro (r) still holds power

'A bad boy in the classroom'

Senator Risch had additional words on Iran, specifically in relation to the US withdrawal from the nuclear deal.

He described the agreement, signed in 2015 by Iran, China, France, Germany, Russia, the United Kingdom, the EU and the US, as being "very weak" and a "missed opportunity."

"I viewed the Iran deal as a deal to try and discipline a bad boy in the classroom that was doing five bad things," he told Conflict Zone host Tim Sebastian, adding that one of them had been addressed — a reference to Iran's nuclear capabilities.

In Risch's view, the deal should have also addressed what he described as Iran's "terrorist activities." The US government has said Iran is "the greatest threat to peace and security in the Middle East."

In Munich, Vice President Pence asked European leaders to stop undermining US sanctions against Iran and withdraw from the nuclear deal. The German chancellor, who also spoke at the security conference, rejected that possibility.

"But we will resolve them, we will get through them and we will all be stronger and better for it," he concluded.

The world order is broken. Who is going to pick up the pieces? That was the key question hanging over the Munich Security Conference. Angela Merkel provided the answer but it's not the whole story, says Christian Trippe. (17.02.2019)

As Donald Trump leads the US's withdrawal from multilateralism, the Munich Security Conference is dominated by concerns the world is fragmenting. But, to some, insisting on this world order threatens Cold War conditions. (16.02.2019)