As Donald Trump leads the US's withdrawal from multilateralism, the Munich Security Conference is dominated by concerns the world is fragmenting. But, to some, insisting on this world order threatens Cold War conditions. 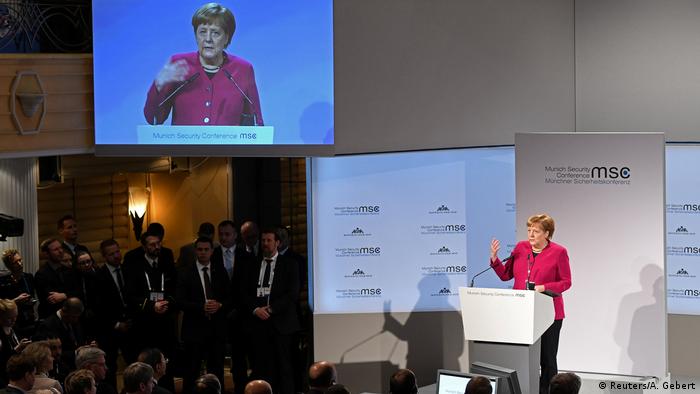 This year's Munich Security Conference is weighed down by a leaden fear: What will happen if the "liberal world order" fails? Though he is not here, the rambunctious specter of POTUS haunts the narrow gold-lit corridors of Munich's Bayerischer Hof hotel.

As US President Donald Trump pulls his country out of hard-won multilateral agreements and painstakingly eked-out treaties, before upending decades of carefully calibrated diplomatic norms with a late-night tweet, the comfortable decorum of the MSC has become fraught.

That became obvious during the conference's main program on Friday, when NATO Secretary-General Jens Stoltenberg grew increasingly exasperated as he batted away different versions of the same question: Do you really still think that Trump believes in NATO?

"Every time I speak to President Trump, he tells me that he likes NATO!" he told one reporter, to a flutter of incredulous laughter. "And not only that he likes NATO, but that he's 100 percent in favor of it!"

In her remarkably fired-up speech on Saturday, too, German Chancellor Angela Merkel rebuked the spirit of Trumpism (without actually naming the 45th POTUS) by declaring that all the world's crises boiled down to one question: Do we believe in multilateralism, as difficult and slow as it might be, or not? "Who can pick up the pieces of the world's puzzle? Only all of us together," she concluded, to a rush of audible excitement in the room, half of which stood up to applaud.

That theme was taken up by Yang Jiechi, director of China's Foreign Affairs Commission, who switched from Mandarin to English to deliver the key part of his speech: "History tells us that we can only realize our people's dreams for a better life by upholding multilateralism, and enhancing global cooperation," he told the room.

Among the Americans, it fell on Friday to Lindsey Graham, Republican member of the US Senate Committee for Foreign Relations, to defend Trump's style. "The president can be a handful," he told the large conference room full of the world's top diplomats, "but so can all of you." He went on to explain that when Trump says "America First," all he really means is "burden-sharing" among US allies.

Despite the doubts over the US commitment to multilateralism, there were those in Munich who insisted that there was still a healthy network of "Western" countries that defend liberal values, and this constitutes an ideological distinction.

"What unifies us is the commitment to democracy, the rule of law, free elections, religious tolerance, equals rights for women and men," said David McAllister, former state premier of Lower Saxony and now chairman of the European Parliament's foreign affairs committee. "We represent interests that are guided by values, which distinguishes us from other states in the world that are autocratically governed. For us, there is a difference between the strength of law and the law of the strong."

Like Stoltenberg, McAllister insisted that Trump's America was more committed to world order than it seemed: "The United States remains for us in Europe the security guarantee," he said, before pointing out that Graham, like the 50 or so other members of the US Congress in Munich, had shown up to reaffirm their commitment to NATO. This showed, he told DW, that "American politics consists not only of this president."

New conflict, same as the old one?

But the lines are confusing. McAllister's vision of a liberal world did not sound that far from that expressed by the biggest Trumpist in the room. Vice President Mike Pence delivered a speech that might have been written during the Cold War: Trump was described as a "champion of freedom," and "in recent weeks we've seen what happens when the free world and freedom-loving people unite around a single cause," he said, referring to the Venezuelan crisis.

This was picked up by some MSC participants, such as Stefan Liebich, the German Left party's foreign policy spokesman, who saw the insistence on the liberal world order as really a return to an old division of world views, especially in the speeches by German Defense Minister Ursula von der Leyen and her UK counterpart, Gavin Williamson.

"They were talking about the return of a conflict," he told DW. "I think it's true there is a competition between a system based on parliamentary democracy and market economy, and systems that are authoritarian, but it's different now. Yes, there's a fight over a certain order, a system that we live in, but it's not as bipolar as it once was."

Maria Zakharova, director of information for the Russian Foreign Ministry, found even more withering words. Emerging in a fur coat from the closed discussions that take place in the hushed stately conference rooms above the main program, Zakharova dismissed the whole idea of a liberal world order as "sort of a show," a phrase that summed up her verdict on the MSC itself.

"It's a little bit surreal," she told DW. "It's a very nice opportunity, a very nice format, created many years ago. The base of this forum was a great idea, but now it's turned into surreal propaganda." The main purpose of the MSC, it seemed to her, was to demonize Russia. 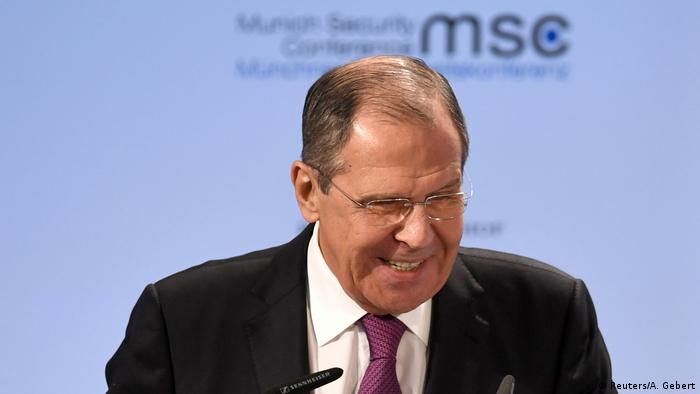 During the Cold War, she continued, this might have been understandable. "Then it was about ideological differences, and the main plot was the actual existence of one system or another," she said. "But now we do not have any ideological differences. We are all about free markets, democracy, freedom of speech; we all support it." International human rights organizations agree that political opposition is systematically suppressed in Russia, while freedom of expression, association and assembly and other human rights are routinely violated.

In his own contribution to the main program, Russian Foreign Minister Sergey Lavrov said the semantics revealed the West's hypocrisy. "You know, lately the Western colleagues use less and less the expression 'international law,' ... they say 'rules-based order' — my reading of this is they don't want international law."

Zakharova, meanwhile, became more passionate as she complained about what she called US inconsistencies on every issue. "The US in the last 20 years had a chance to underline and to prove the possibility to be a leader," she said. "But they failed. They had so many chances, with their military power and their economic power, but they failed in Iraq, they failed in Afghanistan, they failed in the Middle East. They did not resolve any world crisis, anywhere."

Picking up the pieces of this diplomatic puzzle is bewildering enough. Putting them together will be another matter altogether.

As NATO sets its course in terms of defensive strategy in the face of Russia's war in Ukraine, Christoph Heusgen, Chairman of the Munich Security Conference, told DW that NATO's new strategic concept is the right course of action.