Munich Security Conference: A masterclass in backroom diplomacy | Germany | News and in-depth reporting from Berlin and beyond | DW | 15.02.2019 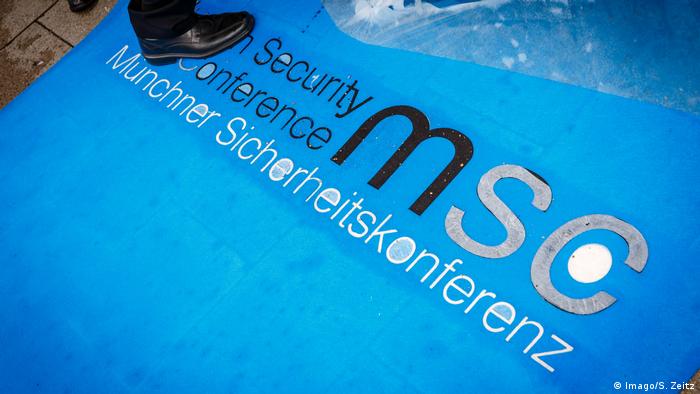 Roughly 35 heads of state and government, 80 foreign and defense ministers, and some 600 security policy experts will be in attendance at the Munich Security Conference (MSC) this year. Conference chief Wolfgang Ischinger has called it the "largest and most important" MSC since its founding more than 50 years ago.

On Friday afternoon, a 48-hour program kicks off that is packed with dozens of events that feature debates between prominent government leaders — including those from hostile and even warring camps.

Parallel to the official program, a diplomatic world of possibilities opens up where positions can be gauged and common ground explored — behind the scenes and as discreetly as possible.

That is due in large part to the venue of the conference. The spacious and traditional Bayerischer Hof hotel sprawls over several buildings and its nooks and crannies make it perfectly suited to backroom diplomacy. Plush carpets dull the sound of footsteps, while countless staircases and passages offer hidden access to rooms and suites, making it easy to slip past reporters, photographers and other unwanted observers. 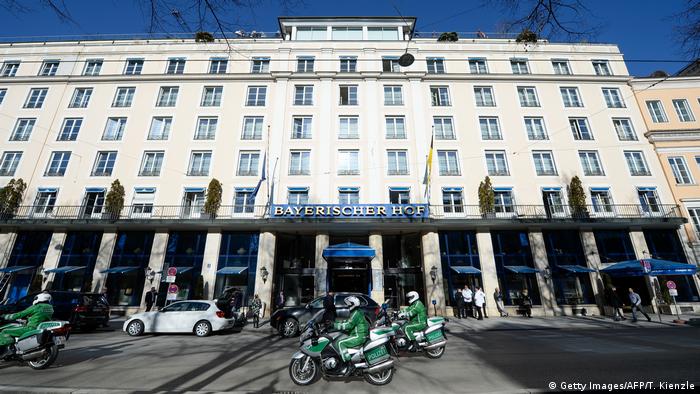 "The Munich security conference is one place, where ideas can be tested, where alliances can be developed and where preparations can be made to move peace processes forward or to start engaging in a peacemaking effort," said Ischinger, who previously served as Germany's ambassador to the United States. Ischinger has been the head of the conference for years, and he does more than just keep an eye on the program, which is only "the tip of the iceberg," as he himself has claimed.

The scores of closed-door meetings between delegations are just as important as the public dissemination of politics in the hotel's grand ballroom. Such meetings are first and foremost what makes the security conference a platform for operative policy-making.

In interviews, Ischinger likes to cite the New START negotiations, an arms control treaty for strategic nuclear weapons, as an example of what the MSC can yield. As he told the German political magazine Internationale Politik, the negotiations for the agreement were a development from talks that occurred on the sidelines of the 2009 security conference. Two years later, then-US Secretary of State Hillary Clinton and her Russian counterpart, Sergey Lavrov, also signed the instrument of ratification on the sidelines of Munich conference.

If the right rooms and interpreters are available, confidential meetings can take place without one party even having to cross the street. Unexpected encounters can also take place. Without giving details, Ischinger said the US delegation once used the conference as an opportunity to "have a real conversation with the Iranians."

Empty seats in the main hall, crowds in the corridors

So even if appearances this weekend by German Chancellor Angela Merkel or US Vice President Mike Pence are met with modest crowds, it will not be because the conference participants are out sightseeing in Munich. It is more likely is that they will be sitting in one of the important "bilaterals," of which there were around 2,200 last year alone.

These bilateral — or sometimes trilateral — meetings have become an intrinsic part of the conference, says Tobias Bunde, who is jointly responsible for the topics of the MSC. "For many governments, the Munich Security Conference is a very efficient and effective way to meet numerous foreign government representatives in the shortest time frame possible. Such sort of meetings would otherwise come at the cost of vast amounts of flying," he said.

Talking instead of tweeting

These days, instead of delicate diplomacy, foreign policy is now often determined by tweets — in particular from US President Donald Trump. But for someone like Merkel, the direct talks at the conference with both friends and foes have lost none of their significance. Not even when compared to such tense times as that of the Cold War, in the course of which the conference made a name for itself, beginning in 1963.

"For we are witnessing a multitude of conflicts again today," and the world is no longer bipolar, according to the German chancellor. "But there are more local conflicts and new challenges such as terrorism; and that's why talking to each other is not any less important now than it was during the Cold War."

This year, the largest US delegation of all time is expected to visit Munich this year. US Vice President Pence will be accompanied by Secretary of State Mike Pompeo, acting Secretary of Defense Patrick Shanahan and Speaker of the House Nancy Pelosi. This, in itself, gives reason to hope that Washington is also looking for ways to operate beyond Twitter diplomacy.