The world order is broken. Who is going to pick up the pieces? That was the key question hanging over the Munich Security Conference. Angela Merkel provided the answer but it's not the whole story, says Christian Trippe. 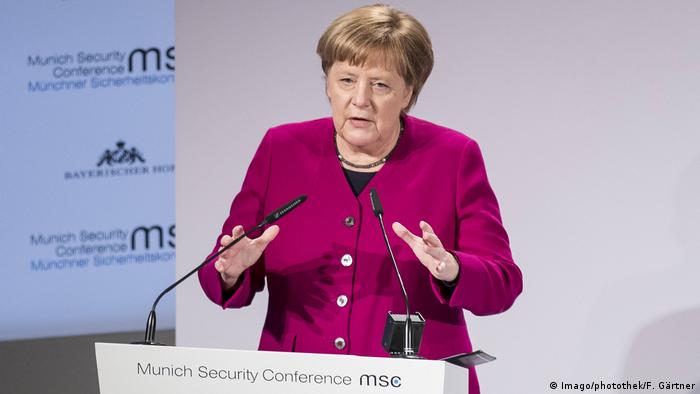 As with all great political speeches, it was the energy that mattered most. That mixture of timing, the big stage, the perfect words and the right tone. At this year's Munich Security Conference, Angela Merkel had that kind of energy.

The German chancellor spoke freely, without a script — a rare occurrence. She talked about a world order that is in danger of decline and destruction. A world order that in its current form may not exist for much longer. In one bold speech she traveled around the globe, from Russia to China to the United States and then back to Germany and Europe. Trade, security, the environment: No political sphere was left out.

A clear message for friends and foes

None of Merkel's ideas were new. Everything she said has been discussed and written about before. However, her previous speeches on multilateralism were somewhat like the word itself when it comes to messaging: clunky and difficult to grasp. 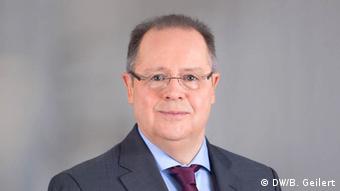 This time there was energy. She was to the point, calling it like it is. Her words came as a relief to the audience, particularly when contrasted with the speech from United States Vice President Mike Pence. Merkel poked fun at her own government's foreign policy shortcomings. Pence woodenly told attendees what "America First" means in practice. Merkel made her case passionately. Pence plugged along with his message, at times sounding like he was carrying out an order.

The contrast between these two speeches clearly illustrated just how strained the trans-Atlantic relationship is at the moment. But while Merkel rocked the conference hall and triggered a worldwide wave of support on social media, her domestic critics groaned. Regional leaders of her own conservative Christian Democrats (CDU) started a petty discussion about whether they should let Merkel campaign for them in upcoming state elections in eastern Germany. The chancellor's popularity east of the Elbe River is so low at the moment it could actually hurt the CDU's election chances.

Vilified at home, celebrated abroad. This is a problem Merkel shares with many of Germany's post-war chancellors: The benefit of global respect and attention goes hand in hand with a decline in authority when it comes to domestic politics. Be it Konrad Adenauer, Willy Brandt, Helmut Schmidt or Helmut Kohl — they all lost the backing of their party colleagues, some were even forced out of office by their own people, all while their reputation was growing on the international stage.

Merkel has already stepped aside as leader of the CDU to make way for her preferred successor, Annegret Kramp-Karrenbauer, who used the conference in Munich to do some foreign policy networking. A breakfast here, a discreet lunch there — she even gave her first interview focusing on foreign policy. Kramp-Karrenbauer is acting like someone who wants to take on more than just the CDU leadership.

So who is going to pick up the pieces from our shattered world order? Merkel's answer in Munich was clear: all of us, and we have to work together. The chancellor may not be leading the way much longer. Nevertheless, her foreign policy legacy has been firmly established after this year's Munich Security Conference.

Iran: Scores trapped as building collapses in Abadan 12m ago