Germany spends 1.24 percent of its GDP on defense and has promised to increase that figure to 1.5 percent by 2024. But Jens Stoltenberg, the head of the NATO alliance, says Berlin needs to spend much more than that. 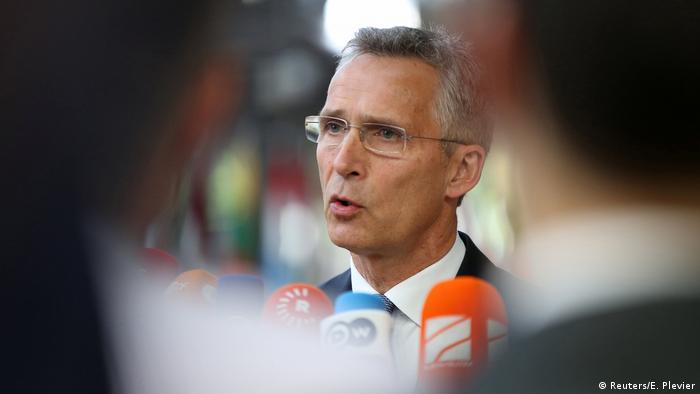 NATO Secretary-General Jens Stoltenberg has said Germany should be more vigilant in increasing its defense spending, as 29 countries prepare to meet for a NATO summit on Wednesday.

Speaking to the Bild am Sonntag newspaper, Stoltenberg (pictured) said he welcomed the German government's pledge to increase the defense budget to 1.5 percent of GDP by 2024.

But he said he expected the country "to do even more" to meet the 2024 alliance target of 2 percent of GDP that Germany and other NATO countries agreed on during a 2014 summit. "I assume Germany will continue aiming to meet that goal," he said.

Berlin, he added, "had a particularly important role" to play in defense spending because of the large size of its economy.

US President Donald Trump has regularly criticized Germany's meager defense budget and accused Berlin of taking advantage of the US, which spends more than 3 percent of its GDP on defense and stations tens of thousands of troops in Europe.

The president's tone has worried some German officials who fear the US could turn its back on the decades-old NATO alliance.

But Stoltenberg said the US was still devoted to the organization, citing commitments Trump personally voiced to him and a more than 40 percent increase in funding for US forces in Europe since the president assumed office in January 2017.

But he warned that the trans-Atlantic relationship underlying the alliance was not "a given."

"The relationship must be reinvented every single day," he said. "Politicians and everyone in Europe and North America have a role to play."