Belgium's prime minister was "unimpressed" after receiving a letter from Trump about sticking to NATO pledges. With less than two weeks until the alliance summit in Brussels, Trump also said Germany needs to up spending. 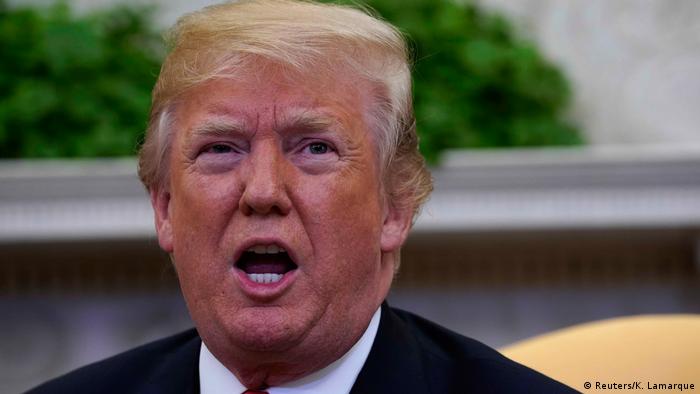 "I am not very impressed by this type of letter," Michel told reporters on the sidelines of an EU summit in Brussels.

"Belgium has halted the systematic fall in defense spending and takes part in a lot of military operations," he added.

Germany, Italy, Spain, Portugal, Luxembourg, Norway and the Netherlands also received individual letters that were personally signed by the US leader, a diplomatic source told the AFP news agency.

Trump took aim at Berlin and other European allies over NATO spending in comments to reporters on Friday.

"Germany has to spend more money. Spain, France. It's not fair what they've done to the United States," Trump told reporters aboard Air Force One.

German Defense Minister Ursula von der Leyen, however, said last week after a meeting with her US counterpart, Jim Mattis, that the US was satisfied with Germany's projected defense spending.

NATO summit on the horizon

With less than two weeks to go until a NATO summit in Brussels, the letters will likely ramp up tensions between the US and European allies that have already been strained by the G7 showdown in Canada.

Trump has repeatedly criticized allies in Europe for not spending enough on defense. He has been particularly critical of NATO members who haven't met a 2014 commitment to spend 2 percent of their national GDP on defense by 2024.

Currently, only Great Britain, Greece and Estonia have met the spending target.

NATO hopes that four more countries — Romania, Poland, Latvia and Lithuania — will meet the target by the summit, which will take place from July 11-12.

In an exclusive interview, the NATO chief says that Moscow is investing heavily in modern warfare, which "lowers the threshold for Russia's use of nuclear weapons." He also gives his views on Trump and the Alliance. (27.06.2018)

"Ready or not?" A new US initiative demands that within two years, NATO allies will keep thousands of highly-equipped troops on constant call. Teri Schultz looks at the plan's feasibility. (25.06.2018)