In an exclusive interview, the NATO chief says that Moscow is investing heavily in modern warfare, which "lowers the threshold for Russia's use of nuclear weapons." He also gives his views on Trump and the Alliance. 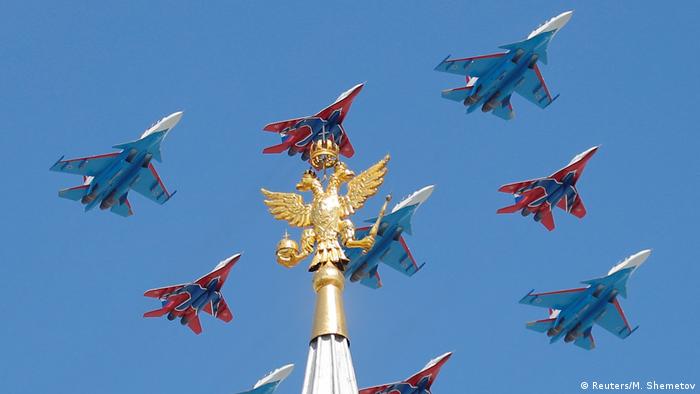 DW: How is growing anti-Americanism affecting the image of NATO, which itself is perceived as an American-led organization?

Jens Stoltenberg: We have seen this kind of sentiment before during the war in Vietnam, later in Iraq in 2003. European allies and the US disagree on some issues, such as trade, climate change or the Iran nuclear deal. At the same time we have seen that NATO is able to unite around our core task to protect and defend each other. And that's also the case now. We can see that the US is increasing its presence in Europe for the first time since the end of the Cold War.

Recent polls show that respondents in Europe have security concerns that did not exist a decade ago. According to a new study, Germans fear terrorism and political extremism the most. Do you see more or less support for NATO among the citizens of European countries?

We see increased support for NATO across Europe and the United States. We also see that NATO's relevance is growing because of new challenges and threats.

US President Donald Trump has called the Alliance an obsolete organization. Most recently he said that the US pays for nearly the entire cost of NATO. How do you view Trump's criticism?

It is true that Donald Trump said that NATO was obsolete before he became president. But when I later visited him in the White House, he said that NATO was no longer obsolete. The reality is that he actually aims to strengthen the trans-Atlantic bond and the US commitment to European security. He has partly recognized that European allies have started to invest more in defense, and that NATO is doing more in its fight against terrorism. Since Trump has become president, the funding for the US presence in Europe has increased by 40 percent. 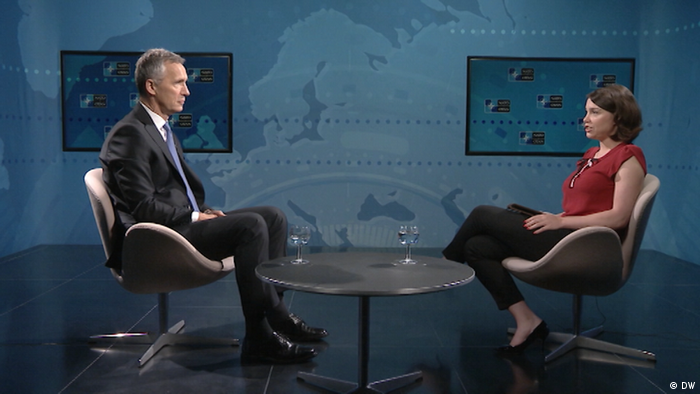 Russian President Vladimir Putin announced the development of new nuclear weapons during his state of the nation address. He said that the West has failed to contain Russia. Do you think that the weapons he showed really exist?

I won't go into specifics describing what kind of intelligence about Russian weapons we have. But Moscow is developing new military capabilities, both conventional and nuclear, which lowers the threshold for Russia's use of nuclear weapons in a potential conflict. This is extremely important to avoid. NATO is responding to this pattern by implementing the biggest reinforcement to our collective defense. We are increasing the readiness of forces and deploying troops to the eastern part of the Alliance – to the Baltic countries and Poland, as well as the Black Sea region. We want to send a clear message to any potential adversaries that NATO is there to protect all allies against any threat. The main reason why we do this is not to provoke any conflict, but to preserve the peace.

So you don't have any specific response to the new challenges presented by Putin?

We're not responding tank for tank, or missile for missile, or nuclear weapon for nuclear weapon. But of course we need to make sure that NATO adapts when we see a more assertive Russia investing heavily in new modern equipment and willing to use military force against its neighbors. We saw it in Georgia, we see it in Ukraine. Moscow also has troops in Moldova without the consent of the government in Moldova. This is a pattern which has developed over years and needs a response. We don't want a new Cold War. We don't want a new arms race and don't want to isolate Russia. Russia is our neighbor, Russia is there to stay. So for NATO, this is about the balance, combining what we call "defense and dialogue."

You have mentioned Georgia and Ukraine. Do you think they have real chances of joining NATO?

We support their aspirations for moving towards trans-Atlantic integration. The question of membership will be decided by 29 NATO allies together with these two countries. It's not for anyone else to try to interfere with or veto this process. It is absolutely unacceptable that big powers like Russia try to re-establish their spheres of influence by deciding what their neighbors should do.

"Ready or not?" A new US initiative demands that within two years, NATO allies will keep thousands of highly-equipped troops on constant call. Teri Schultz looks at the plan's feasibility. (25.06.2018)

Merkel said that the country was likely a decade off from the required 2 percent. Germany has long avoided increased spending on defense, despite international pressure. (15.06.2018)