In her weekly podcast, the German chancellor has made the case for higher defense spending and the significance of NATO. World leaders will meet as the international security organization holds a summit next week. 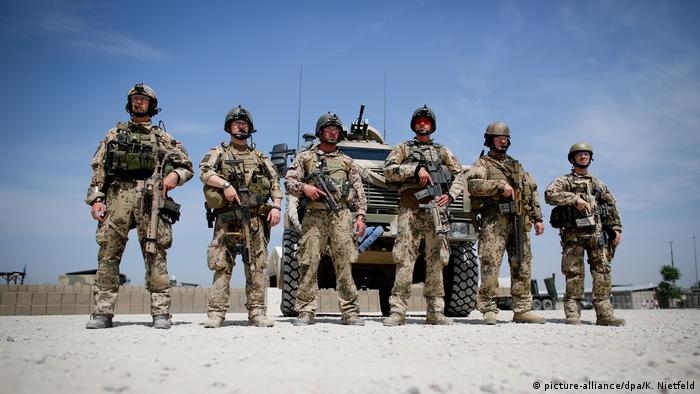 Speaking ahead of a NATO summit in Brussels next week, Chancellor Angela Merkel used her weekly podcast to confirm the military alliance's relevance and how she sees its future role.

"The challenges for NATO have changed drastically in recent years," Merkel said.

Following the Russian annexation of Ukraine's Crimea peninsula and Moscow's support for rebels in eastern Ukraine, Merkel said it was important for NATO to "focus more on defending the alliance."

"To do that we have to make necessary arrangements, for example through a presence in central and Eastern European countries," she said. 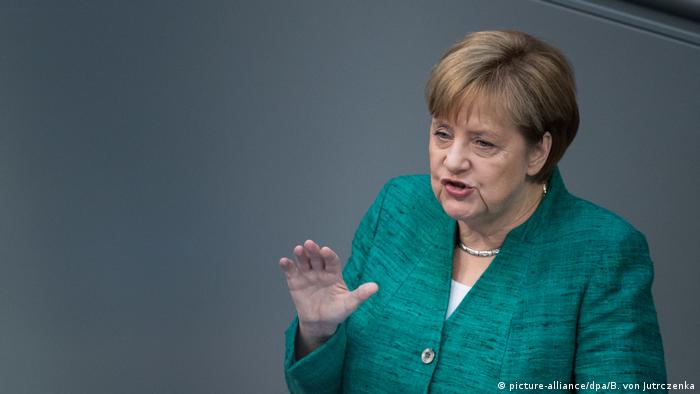 However, while NATO has to show "determination to protect us," there was a need to work on good relations with Russia.

"Of course, we want to have a responsible relationship with Russia," Merkel added. "That's the reason why we will continue to have talks in the NATO-Russia Council."  There was a need to demonstrate NATO protection for its members, she said.

The US president has previously described NATO as obsolete and complained about other countries' contributions to the alliance.

Germany has committed to raising its military spending to the NATO goal of 2 percent of Gross Domestic Product (GDP) at some point after 2024. It is currently at 1.24 percent of economic output, will rise to 1.31 percent in 2019 and to 1.5 percent by 2024.

Der Spiegel magazine reported on Saturday that a new study suggests Germany would have to boost defense spending by more than 80 million euros by 2024.

NATO leaders are scheduled to meet next Wednesday and Thursday at the alliance's headquarters in Brussels.

EU officials are reportedly trying to figure out if a US evaluation of the impact of moving troops from Germany is a negotiating ploy ahead of a NATO summit in July. The US Department of Defense has rejected the claims. (30.06.2018)