EU officials are reportedly trying to figure out if a US evaluation of the impact of moving troops from Germany is a negotiating ploy ahead of a NATO summit in July. The US Department of Defense has rejected the claims. 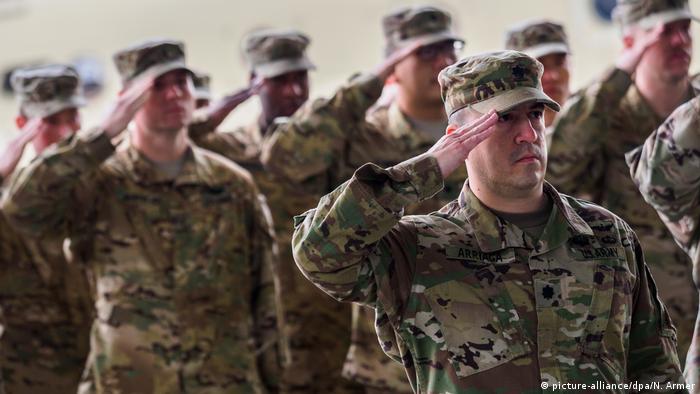 The US Department of Defense is examining options for withdrawing US forces stationed in Germany after President Donald Trump expressed interest in such a move, The Washington Post reported on Friday.

The newspaper, citing anonymous sources familiar with the evaluation, said officials were analyzing the cost and consequences of shifting either some or all 35,000 US troops to the US or Poland. Top defense officials, the paper said, have not been involved in the analysis.

The US Department of Defense rejected The Washington Post's report on Friday evening. A Pentagon spokesman told German news agency DPA that the National Security Council had not received any cost analysis from the Ministry of Defense for relocating US troops stationed in Germany.

Trump had reportedly showed interest in shifting US forces during a White House meeting earlier in the year after he had voiced shock at how many US troops were in Germany, the largest contingent of US forces in Europe.

Spokesmen for the National Security Council at the White House and the Pentagon said the Defense Department regularly analyzes the US troop deployments.

European officials have learned about the analysis, according to the newspaper, and are trying to ascertain whether it reflects Trump's intentions or is part of a negotiating ploy ahead of a July 11-12 NATO summit in Brussels.

Neither German Defense Minister Ursula von der Leyen nor her US counterpart, Jim Mattis, mentioned such a plan after their meeting last week.

The president has repeatedly condemned European NATO allies, in particular Germany, for failing to spend the NATO target of 2 percent of GDP on defense.