EU leaders agreed to extend sanctions against Russia for six months over the Ukraine conflict. But there are concerns that the Trump-Putin summit in July may disrupt a common stance. 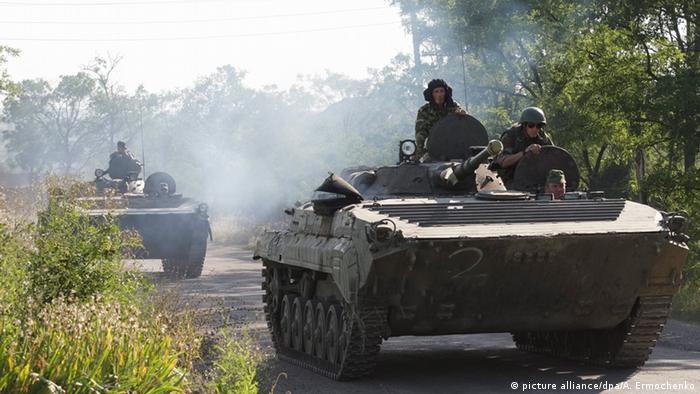 Pro-Russian separatists in Armored Personnel Carriers near Donetsk, Ukraine, in 2015

After meeting in Brussels on Friday, the European Council (EC) announced that EU leaders agreed to extend economic sanctions against Russia for six months.

The decision will be formally confirmed in the coming days, an EU official said.

The EU first imposed sanctions in July 2014 after Malaysia Airlines flight MH17 was shot down over Ukraine, killing 298 people. The EU has blamed pro-Russian rebels for the attack.

The sanctions are aimed at Russia's financial, energy and defense industries. They are specifically intended to block Russian banks' access to EU markets and limit Russian access to some EU imports. 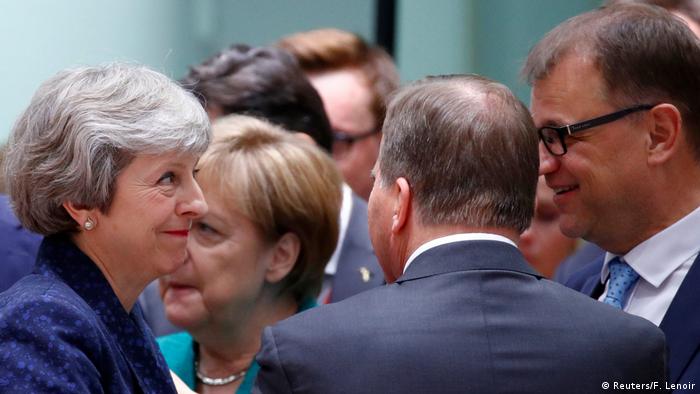 EU leaders at the Brussels summit

US and Russian leaders to meet in July

US sanctions against Russia are likely to figure large when US President Donald Trump meets his Russian counterpart Vladimir Putin in Helsinki on July 16.

Evidence of Russian meddling in the US 2016 election led the US to impose sanctions on Russia in April, but Trump and some European leaders have questioned if sanctions against Russia have the desired effect.

A spokeswoman from the German economy ministry said on Friday that the ministry had received a commitment from the US that any new US sanctions would not affect Russian pipelines, a reference to the controversial Nordstream II pipeline linking Russia and Germany.

Friday's decision came after a "very short discussion" on Ukraine, Russia and the Minsk peace agreement, according to an EU official.

The EU has in the past linked any easing of sanctions to Moscow implementing the agreement.

EU leaders also reiterated "full support" for a UN resolution on the shooting down of flight MH17, in a summit statement.

The statement also called on Russia to "accept its responsibility and fully cooperate with all efforts to establish truth, justice and accountability."

The economic measures prevent EU citizens and companies from investing in Crimea and Sevastopol. Russia's annexation of the peninsula in 2014 prompted the sanctions. (18.06.2018)

Ukraine's president and Chancellor Angela Merkel welcomed the decision to recommit to a ceasefire in eastern Ukraine first agreed in 2015. But the US is reported to be sending lethal weapons to Kyiv. (23.12.2017)