EU sanctions including travel restrictions and asset freezes against 150 people and 38 Russian companies are to remain in force until at least September. Austria looks unlikely to break ranks with its European partners. 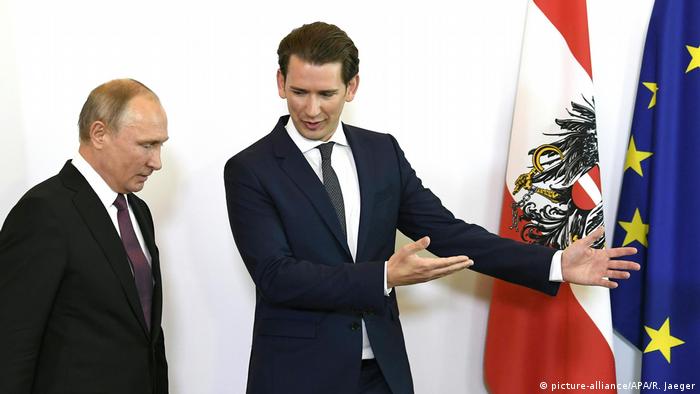 It was the Russian president's first trip to the West since being elected for a fourth term in office in March.

Putin took the opportunity to call for EU sanctions on Russia to be lifted. They were imposed after Russia annexed Ukraine's Crimea and gave support to separatists in eastern Ukraine.

"These actions are harmful for everyone, both for those who initiate them and for those against whom they are directed," Putin told a news conference. "I therefore think everyone has an interest in cancelling them." 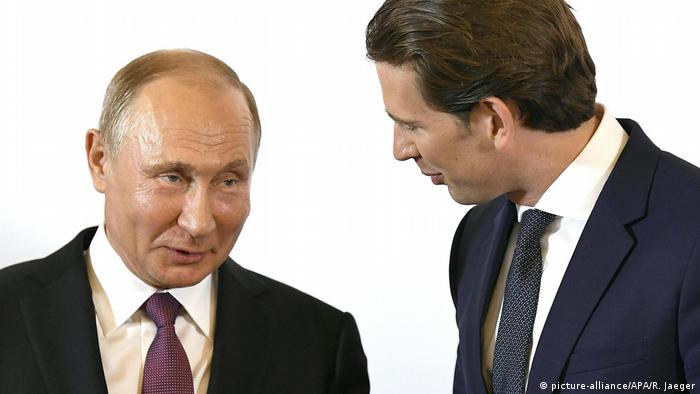 However, Austrian Chancellor Sebastian Kurz said Austria would not break ranks with the EU, which has stated the situation in eastern Ukraine had to improve before sanctions could be lifted. "We believe a win-win situation is more beneficial to both sides than a lose-lose situation."

President Putin said his meetings with Austrian leaders had been "very constructive but not easy" as he called for a fresh start in relations between Russia and the EU.

Austria has maintained friendly ties to Moscow and did not expel Russian diplomats following the poisoning of former Russian double agent Sergei Skripal and his daughter in the UK.

The right-wing government in Vienna has gone along with EU sanctions against Russia but has called for them to be removed.

Austria will take over the EU's rotating six-month presidency in July.

The partially state-owned Austrian energy company OMV is involved in the Nord Stream 2 gas pipeline, which will deliver Russian gas directly to Germany. The Russian gas giant Gazprom is a prime mover in the project, which will avoid transit through Ukraine or Poland. 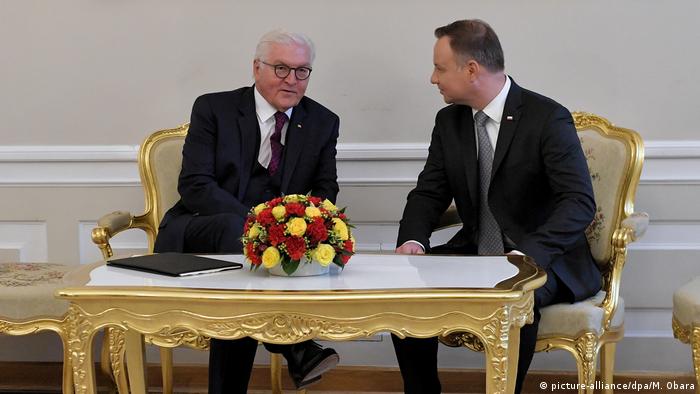 As Putin went to Vienna, President Steinmeier went to Warsaw

Steinmeier was the third German leader to travel to Poland this year in an effort to ease tensions between Berlin and Warsaw. The German president focused on the issues of democracy and rule of law.

Austria: In the Valley of the Ruble Millionaires