The German army is set to benefit from a multibillion-euro spending increase, according to Finance Minister Olaf Scholz's draft defense budget. Germany has been under pressure to contribute more as a NATO partner. 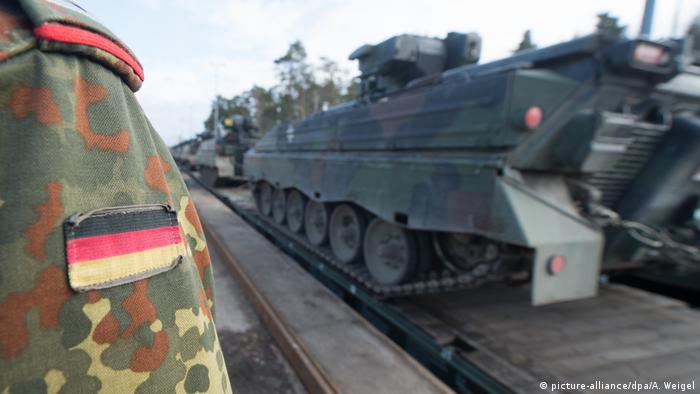 Chancellor Angela Merkel announced that Germany will increase defense spending as she prepares to attend an upcoming NATO summit next week in Brussels. She added, however, "Compared to what others are doing in relation to GDP this is not nearly enough."

Though the new budget will represent a €4-billion ($4.65 billion) increase in funding for the military, it is unlikely to satisfy critics from other NATO allies, first among them US President Donald Trump, who have regularly complained that Germany is not spending enough on defense.

This week, Finance Minister Olaf Scholz will officially present his revised draft budget for 2019 which includes significant spending increases for the armed forces, according to newspaper Handelsblatt. The armed forces' budget is set to rise to €42.9 billion, government sources told DPA press agency on Monday. The revised budget would be around €675 million more than previously planned for 2019. The budget is set to go to the Cabinet for approval on Friday.

Defense Minister Ursula von der Leyen, who has pledged to end spending cuts for the armed forces, had criticized the initial budget proposal as insufficient. Speaking with foreign journalists about the updated budget proposal on Tuesday evening, von der Leyen said: "I can tell you that I am very satisfied with the 2019 budget." She emphasized that decades of neglect had made the issue of increased military spending absolutely imperative. 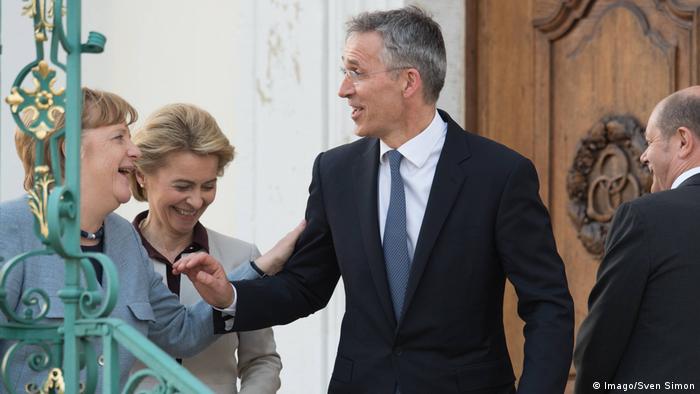 In a story in the New York Times on Tuesday it was revealed that in June, US President Donald Trump had sent strongly worded letters to several allies, among them Germany, criticizing them for not spending enough on defense.

The German army, or Bundeswehr, has come under criticism in recent years over inadequate and insufficient materials, including aging tanks and faulty equipment. According to media reports, the unit assigned to NATO duties for 2019 lacks not only armor, but also bulletproof vests, winter clothing and tents. Cuts in military expenditures have determined German defense policy for more than a quarter-century.

The increase in military spending will come at the expense of other ministries, however. Development Minister Gerd Müller, for instance, complained of skewed priorities regarding spending cuts to foreign aid: "My budget is missing €500 million."

"I fail to understand how we can wrestle with specific aspects of immigration policy for months on end, only to make cuts where migration and exodus have their root: in the countries of origin," Müller said.

Such cuts are part of Finance Minister Scholz's commitment to Germany's long-standing balanced budget policy, known as the "black zero." The oft-criticized policy, which began under Scholz's predecessor, Wolfgang Schäuble, has been billed as an obligation to ensure that younger generations of Germans are not saddled with debt at a later date.

The budget is scheduled for debate and a vote in Germany's parliament, the Bundestag, this fall.