German Defense Minister Ursula von der Leyen plans a fundamental reorganization of the Bundeswehr, a report in the Süddeutsche Zeitung newspaper says. A policy paper calls for national security to be prioritized. 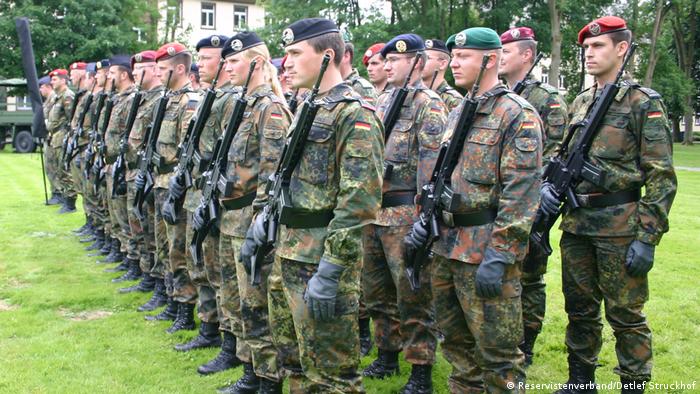 Ursula von der Leyen is planning to completely remake the Bundeswehr to strengthen its focus on national as well as international defense, daily newspaper the Süddeutsche Zeitung reported on Friday.

The paper cited a draft copy of a policy paper titled "Concepts for the Bundeswehr," which recommends a fundamental reorganization of the German military to ensure it "makes its contribution to national security provision."

For more than a decade, the Bundeswehr has focused mainly on overseas deployments, including peacekeeping duties in several conflict zones. But in future, national and international alliance defense should be put on an equal footing, the report said.

The plans will entail the spending of billions of euros, according to the paper, which will be used to rebuild military structures, some of which have been completely lost.

The paper highlighted several security developments in Europe over the past five years, including the separatist conflict in eastern Ukraine. Russia's annexation of Crimea had also showed that more than 70 years of European peace could be endangered, it said.

Germany's grand coalition has been arguing over plans to increase the federal defense budget. Chancellor Angela Merkel's conservatives have called for defense spending to rise to 1.5 percent of gross domestic product (GDP) by 2021, well above the 1.27 percent proposed for this year.

That would allow spending of around €49 billion ($59 billion), which several reports have suggested is urgently needed to upgrade equipment and transportation, as well as enhance training for military personnel.

But the proposal would still leave Germany far short of a NATO target of 2 percent of GDP, which has been demanded by US President Donald Trump.

The center-left Social Democrats have so far rejected the spending plans, which must be decided by July 4, when the German Cabinet is due to consider longer-term expenditure.

As a legacy of World War II, Germany has restrictive guidelines for its military activity, leading some to question whether spending 2 percent of GDP would make sense, given the limitations on what kind of missions the Bundeswehr can participate in.