As Venezuela's humanitarian crisis grows increasingly dire, more people are leaving the country. Across the border in Colombia, aid services are reaching their limits, Andreas Lindner of the German Red Cross tells DW. 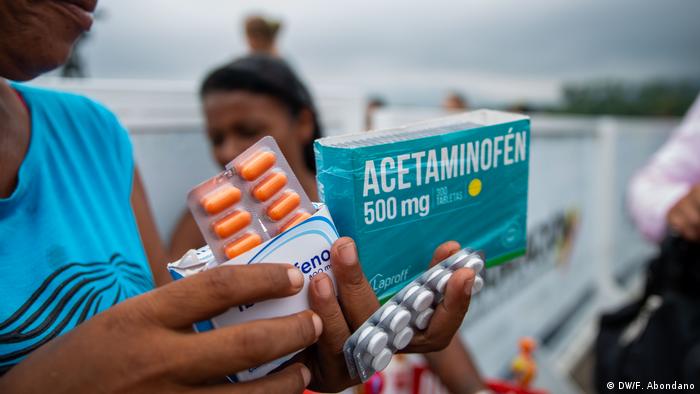 DW: How is the situation currently on the Colombia-Venezuela border, particularly in Cucuta?

Andreas Lindner: The situation has become increasingly dramatic over the past several years. Thousands of Venezuelans cross the border every day, either staying in Colombia or moving on to other Latin American countries. In Colombia alone, at the moment, there are 1.2 million Venezuelans, in Ecuador more than 200,000 people and in Peru more than one-and-a-half million — so in these three countries alone there are nearly 2 million Venezuelans who no longer know, how they are going to make ends meet at home.

How has the Red Cross responded to this high number of refugees?

As a first response, we set up two health centers right on the border crossing at Cucuta — one directly behind the border bridge has been in operation since 2017. In the meantime, we also have medical aid stations on the border with Ecuador and along the migration route in Colombia. Many Venezuelans don't even have enough money for a simple bus ticket and are just walking to get to destinations hundreds of kilometers away. We help them with mobile health centers, where, for example, we can treat people with blisters on their feet. The people have been traveling for days. We also give them food and hygiene products, along with navigation help and advise them on how to enter [the country] legally.

What problems do the refugees come to you with?

Health care in Venezuela has almost completely collapsed. There is a widespread lack of medication and medical supplies. Women I have met in Colombia, for example, have received no prenatal screening. Children come to us without vaccinations. Obviously, there are also people who come to us with chronic illnesses that, with our basic medical facilities, we are not well-equipped to handle. 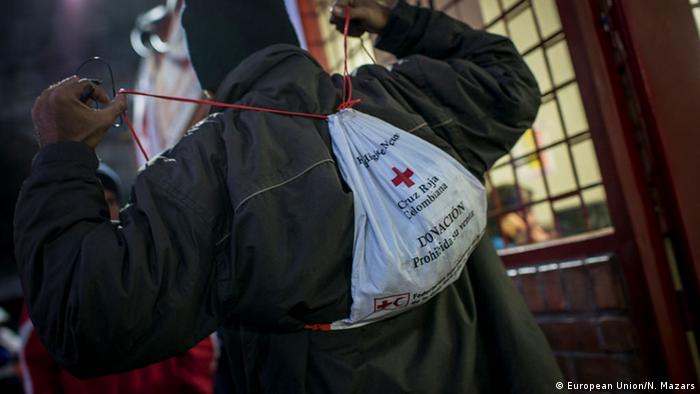 How would you describe these mobile health centers?

They are tents or containers that we have rented and equipped. Doctors work in them with two or three nurses and in many cases a psychologist as well. The mobile ambulances also patrol the streets in order to administer first aid, for example to people with respiratory or diarrhea problems. We also distribute free medication. We obviously cannot perform surgery. At the spot where the Orinoco River meets the Venezuelan border, we have retrofitted a boat to operate as a floating ambulance. It had been used by tourists visiting the tropical rainforest. Members of the indigenous population also come to us there in their canoes to receive medical treatment. In these cases, they are not actually migrants because afterward, they return to their villages on the Venezuelan side of the river. Nonetheless, the story we hear is always the same: There is nothing left in the hospitals.

Has the international help been sufficient?

The level of international attention at the moment is obviously very high. We received a very large donation from the European Union to provide medical help to people along the entire migration route from Cucuta to Lima. We have also received support from Germany's Foreign Ministry for a two-year project that is focused on the Colombian border province of Norte de Santander. Nevertheless, we can obviously use any kind of donation because it is not clear how long this situation will continue.

What about the international medical aid that is at the border now and is supposed to be delivered into Venezuela?

That is obviously a very politicized situation. We as the Red Cross — be it the German, Colombian or International [Red Cross] — have decided not to participate in this action. Of course, we are also preparing for a scenario where this aid could be moved directly into Venezuela. We have already begun stockpiling additional aid, medication and food in Cucuta in case we get the opportunity in the coming weeks or months to help directly in Venezuela.

Hundreds of Venezuelans seeking work and aid in Colombia

How do you see the humanitarian situation developing in the near future?

We are operating under the assumption that unless there is a change in the situation in Venezuela, most Venezuelans will not be returning any time soon. So it is necessary to support the neighboring countries in the medium-term.

That is going to be a big challenge, particularly for Colombia, where most Venezuelans have fled. How do you think they are viewing the situation?

The Colombians have been very receptive — both the people and the government. Meanwhile, countries such as Ecuador, Peru and Chile further to the south have been taking and are continuing to take steps to make immigration more difficult, for example by requiring documents that Venezuelans are unlikely to be able to produce. Colombia, on the other hand, has not imposed any restrictions so far. Quite the opposite: Eight-hundred-thousand of the 1.2 million refugees have been registered and granted residency for two years. So they can look for work in Colombia and settle for this period.

With the US and other countries throwing their weight behind Juan Guaido as Venezuela's legitimate leader, time seems up for the Maduro government. But keeping the debt-ridden country afloat will prove a massive task. (13.02.2019)

Donald Trump gets good grades for his handling of the Venezuela crisis, says former US envoy Patrick Duddy. Duddy, who knows Nicolas Maduro, also explains why the embattled president will likely be forced to resign. (12.02.2019)