German-Venezuelan businessman expresses hope for homeland | Germany| News and in-depth reporting from Berlin and beyond | DW | 15.02.2019

More than 3 million people have fled Venezuela in recent years. And many companies have moved away, as well. But Thilo Schmitz, a German-Venezuelan businessman, remains optimistic that better days are around the corner. 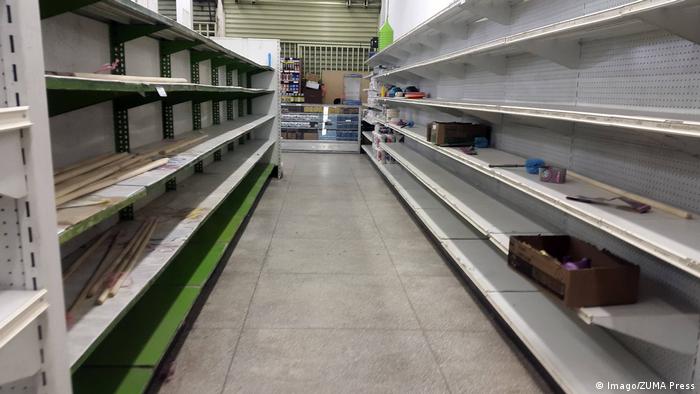 Each day, workers at Thilo Schmitz's Caracas-based school and office supply company get a hot meal for the equivalent of $2 (€1.80). Sometimes, there's just pasta on the menu. "Many come to work purely for lunch," Schmitz said. "Without the meal, many of them would have long since taken off." He added that "the Venezuelan people are desperate, and they are exhausted."

Years ago — before Venezuela's political stalemate, before the opposition leader declared himself interim president and before the economy took its most dire turn — Schmitz's company had more than 200 employees. Today, it is in debt. And workers are in survival mode. "All that matters to people is food," Schmitz said. "People no longer care about broken air conditioning, worn-out car tires, which is dangerous, or getting their kids toys for Christmas."

One of Schmitz's warehouse workers asked him for a new pair of trousers: He has lost 20 kilograms (45 pounds) eating just one meal a day, and his clothes no longer fit. At Christmas, Schmitz handed out bags of groceries to his staff. And, sometimes, he buys fruit for them, too. One time, he laid out 50 mandarins so workers could maintain minimum carbohydrate and vitamin levels. Within two minutes, all of the fruit had been pocketed by the workers — to take home to their families.

Schmitz was born in Caracas in 1967, and got his diploma from the capital's German-language high school. He then went to the German city of Bremen for vocational training, and later enrolled at Goethe University Frankfurt. Afterward, he started working for Deutsche Bank. He had planned to stay in Germany until one day in 1994, when his father asked him to take over the family business in Caracas. "It was a once-in-a-lifetime opportunity to take over and grow a family business," Schmitz said.

In 1996, Schmitz returned to Venezuela to assume his new position at the helm of his father's company, in charge of 34 employees. Schmitz gradually turned the company into a manufacturer of school and office supplies, and business was booming. But when the socialist Hugo Chavez was elected president on December 6, 1998, change was on the horizon for Venezuela's elites. Schmitz remembers that day well. "We were really scared of this guy, and we were shocked," he said. "But we also thought nobody could be stupid enough to ruin this beautiful country." 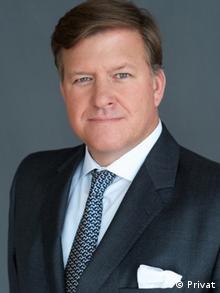 As revenues have declined from $50 million to $1 million, Schmitz has laid workers off

At first, Schmitz's company continued to thrive. He refrained from publicly criticizing the new government, and managed to stay off its radar for a long time. "What we were doing was not relevant enough to them: We were not operating in the food industry or something like that," Schmitz said. Chavez's government had prioritized education, and Schmitz's school supplies were in great demand. And it certainly helped grease the wheels that his company also sold its products at discount prices to the poor.

Chavez had intended to bring 21st-century socialism to Venezuela. He invested profits from oil exports into the welfare state, and the quality of life for many improved markedly. "Hugo Chavez accomplished a lot," Schmitz said. "But a socialist system based on subsidies and handouts can only work when you have deep pockets — and, when the price of oil plummets, you suddenly have a problem!"

Certain that Chavez would not be re-elected on December 3, 2006, Schmitz placed his hopes in the president's Social Democratic challenger, Manuel Rosales. But Chavez won easily. His victory speech at the Miraflores presidential palace was the final straw for Schmitz, who then decided that he had to get out of the country. "I decided to go — to Miami or Panama or Germany: It did not matter to me," Schmitz said. "Chavez's speech was so frightening, fanatical and aggressive; it shocked me." After familiarizing a successor with his company's operations, Schmitz moved back to Germany on August 8, 2008, and continued managing the business.

The company operated at a profit until Chavez died on March 5, 2013. When Chavez was succeeded by Nicolas Maduro, Schmitz decided to ramp up production. "New governments always want to create jobs, and that can only happen when you foster local industry, as we did," Schmitz said. This was his strategy for keeping the company operating under Venezuela's new president. "Over time, we learned what made Chavez tick," Schmitz said. "But we knew nothing about Maduro: Nobody had a clue what the future would bring under his rule!"

As Venezuela has grown increasingly isolated economically under Maduro, Schmitz's company, too, has suffered. "In the past, we used to generate $50 million in revenue," he said. "Today, we generate just $1 million." More and more of Schmitz's employees leave the country every year, emigrating to Colombia, Chile and the United States. With his business struggling, Schmitz had to ask some of his workers to take early retirement; he laid off others. Today, the company has only 65 employees. So, why has he not given up, as so many other businesses in Venezuela have? "We carry a certain responsibility towards our staff," Schmitz said. "The company must stay in business. And we are convinced that, someday, things will improve in Venezuela. And, when that moment arrives, I want to be there to witness it."