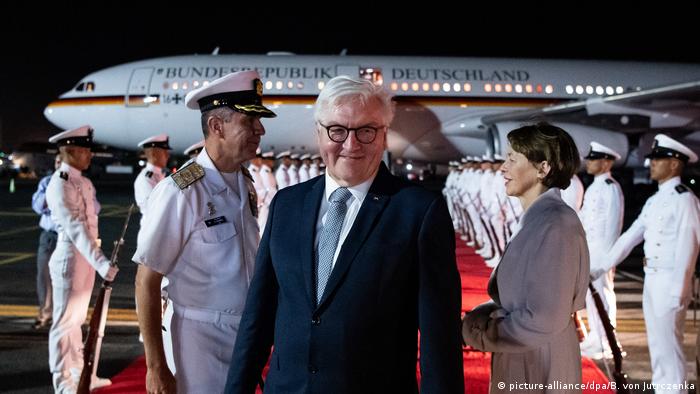 Venezuela stands "on the brink of the abyss," German President Frank-Walter Steinmeier said in Colombia as he started his six-day tour through Latin America on Tuesday.

After landing in Colombia's northern city of Cartagena, the German president is due to visit the capital Bogota, and then continue on to Ecuador and the Galapagos islands.

The power struggle in Venezuela is expected to dominate the talks between Steinmeier and Colombian President Ivan Duque on Tuesday. Colombia shares a 2,219 kilometer (1,378 mile) border with Venezuela, where acting President Nicolas Maduro is struggling to remain in office against a challenge from his rival Juan Guaido.

Steinmeier decried the "dramatically bad" situation in Venezuela, where millions struggle to come by basic goods after years of state mismanagement.

The German president also called for new elections that would produce a president "with a trustworthy, legitimate foundation," who would bring hope back to Venezuela. Germany has already recognized Guaido as interim president after Maduro rejected a new presidential vote.

The economic meltdown in oil-rich Venezuela has driven millions abroad. Some 1.14 million people have settled in neighboring Colombia, but only 695,000 are there legally. Around 220,000 Venezuelans are believed to be living in Bogota.

Ecuador, which does not border Venezuela, accepted over 300,000 refugees from the troubled country.

Speaking on Tuesday from Cartagena on Colombia's Caribbean coast, Steinmeier praised both Colombia and Ecuador for taking in Venezuelan migrants.

"This is an enormous burden, and we respect the way that both of these countries are dealing with the situation," the German president told reporters. 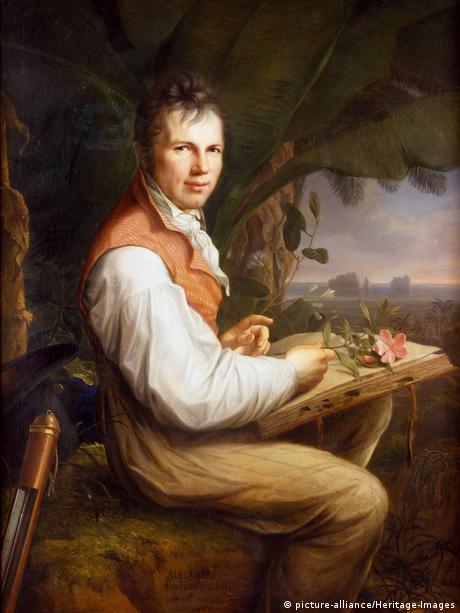 In addition to international policy, Steinmeier is expected to focus on the legacy of German explorer and scientist Alexander von Humboldt during his trip. Steinmeier's visit is timed to mark Humboldt's 250th anniversary and the explorer's landmark journey through South America 220 years ago.

Humboldt was one of the first ever scientists to realize the connection between rainforests and climate, as well as to call on humans to preserve nature.

"Our journey through South America is retracing his footsteps," Steinmeier said on Tuesday.