Germany is taking in fewer and fewer Yazidi refugees, according to a German newspaper report. The religious minority was terrorized by the "Islamic State" during the militant group's campaign in Iraq and Syria. 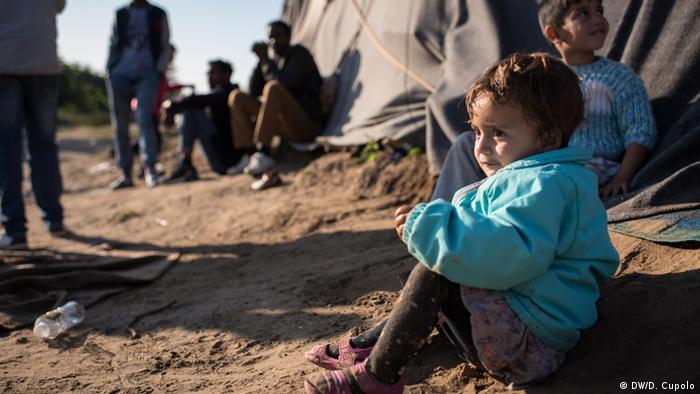 That amounts to about 5,350 refugees — a significant drop from the previous year, when 85 percent of Yazidi asylum-seekers, most of them from Iraq, made successful claims.

The figures from the Foreign Ministry were provided in response to an official request from the Left party.

The Yazidis are a Kurdish-speaking minority with a unique monotheistic religion, who live mainly in Iraq and Syria. In 2014, their ancestral home, the Sinjar region of northern Iraq, was seized by "Islamic State" (IS) militants. Hundreds of thousands of Yazidis were displaced. The UN estimated that around 5,000 Yazidi men were murdered, while 7,000 women were abducted and enslaved.

Many Yazidi refugees have ended up in Armenia, Georgia and Russia. About 150,000 live in Germany — the largest community of Yazidis in exile.

The Yazidi woman and former IS prisoner Nadia Murad received the Nobel Peace Prize in 2018 for her campaign to end the use of sexual violence as a weapon of war.

Why the decline in recognition?

The number of successful Yazidi asylum claims in Germany has been falling since 2015, when 97 percent of cases were approved. In 2016, the success rate was 95 percent.

One factor affecting their chances of receiving asylum is the fact that Yazidis are increasingly traveling to Germany from countries that are considered safe, such as Georgia, Russia and Turkey. Another reason cited by the Neue Osnabrücker Zeitung is that German authorities no longer consider the Kurdish autonomous region of northern Iraq to be an unsafe place for Yazidis.

Left party lawmaker Ulla Jelpke said she suspects there is also a link between the drop in recognition and last year's scandal at the Bremen branch of Germany's Federal Office of Migration and Refugees (BAMF). The office came under fire after reports that staff were taking bribes from asylum-seekers in exchange for illegally approving claims between 2013 and 2016. Many of those decisions benefited Yazidis, who at the time were being persecuted by IS.