A German migration official is suspected of having granted asylum to some 1,200 migrants in exchange for bribes. Germany's migration agency has been under scrutiny since the arrival of over one million refugees in 2015. 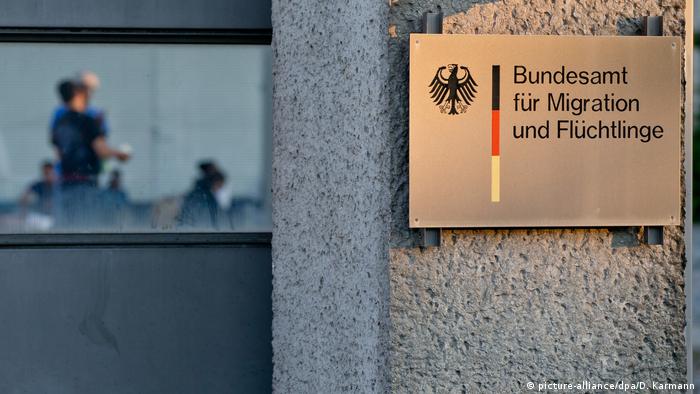 A former official of Germany's Federal Office for Migration and Refugees (BAMF) is under investigation over allegations that she, along with four others, accepted bribes from some 1,200 refugees in exchange for granting them asylum.

The director of BAMF's regional Bremen office between 2013 and 2017 allegedly accepted hundreds of asylum applicants, mostly from Iraq's Yazidi community, who may not have otherwise fulfilled the necessary criteria.

Read more: Almost half of rejected asylum seekers in Germany winning on appeal

BAMF still struggling to keep up with migrant influx: Germany's migration office has come under intense scrutiny following the 2015 refugee crisis. The decision to allow around one million migrants to settle in Germany forced the BAMF to more than double its staff from 3,000 to 7,300 to handle the influx. Nevertheless, the agency has consistently fallen short of its own integration goals. Concerns about integration and security in Germany have also led to a sharp rise in support for the far-right Alternative for Germany (AfD), which entered parliament for the first time following elections in September.

Lured by fine dining: According to the Bremen prosecutor's office, authorities could not yet confirm whether the six suspects had accepted cash or other financial incentives in exchange for asylum permits. However, according to local media, the Bremen migration officer is believed to have at least received bribes in the form of invitations to restaurants.

Yazidis escaping war-torn Iraq: The Yazidis are a Kurdish religious community originally from northwestern Iraq. Back in 2013, when the first instances of graft at Bremen's migration offices are alleged to have taken place, they would have received no special treatment for asylum in Germany. That changed, however, after the "Islamic State" jihadi group seized much of their land in August 2014, killing or enslaving many Yazidi captives as others fled the region.

BAMF numbers still under debate: According to German media, the number of refugees thought to have received asylum in exchange for bribes could be as high as 2,000. However, the Bremen prosecutor disputes these reports, saying investigators were only reckoning with around 1,200 cases.