Refugee children making a new life in Germany | Germany | News and in-depth reporting from Berlin and beyond | DW | 08.03.2018

Hailing from Syria, Afghanistan and Eastern Europe, they attend the same integration class in their new home. Despite different backgrounds, these high school students all have one thing in common: motivation to succeed. 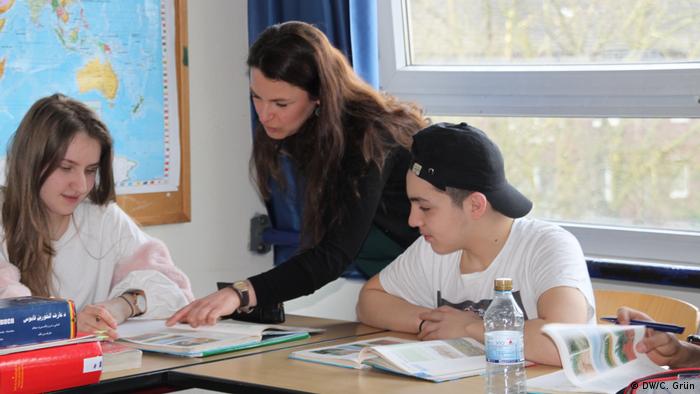 "I have been in Germany for two years. I took off on foot, then someone gave me a ride in their car, after that I continued by bus and train and then finally on foot again. In Austria, a friend and I simply boarded a train to Munich. I couldn't speak any German." The events that Aziz Ahmad Noori is referring to took place two years ago. He was 15 at the time. He fled Afghanistan – fled violence – without his parents.

Aziz is typical of the kind of young people enrolled in integration courses at Bertha von Suttner High School. Most have fled difficult circumstances on their own and managed to get through it all. Aziz currently lives in a boarding house. He feels lucky to have the opportunity to attend school. His aim is to earn his diploma and graduate.

Just two years after arriving, he already speaks grammatically correct German with a slight accent. He has shown great proficiency in his natural sciences classes. As engineers are highly sought after here, he would seem a perfect fit for the German job market. At this year's MINT Competition for math, information technology, natural sciences and engineering, students from the integration class won a second-place finish. 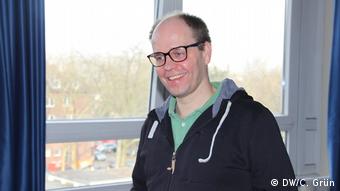 Assistant Principal Stefan Schubert: Educating children from different countries has always been one of the school's priorities

Integration has a long tradition at the Bertha von Suttner High School. It has maintained immigration courses for the children of immigrants and refugees since the 1980s: the children of immigrants from eastern Europe, refugee children who fled the civil war in Sri Lanka and students escaping the Balkan wars. Thus, there has never been a shortage of tasks for teachers at the school. "At the time, we simply made integrating children from other parts of the world part of our school program. It was always something we wanted to do," says Assistant Principal Stefan Schubert.

The integration course at the school is also accompanied by the city's Municipal Integration Center (KI): "We always work together with the KI when selecting students. We look for kids whose education in their home countries suggest they will have a good chance of graduating. That has worked extremely well. We have kids that get their diplomas after having gone through their integration courses most every year."

Yet, not all children from the class successfully attain a diploma. "Some go on to vocational schools and get technical degrees," explains Schubert.

Read also: Education and digitization – Germany should invest in teaching before tech

Classes for the 15-to-18-year-old students are a bit different from the average German high school curriculum. Although a number of other subjects are taught, emphasis in the integration program is put on learning German language skills. "They should receive an education compatible with that of our local students. So colleagues also come in to teach subjects like geography, history or physics," says Schubert.

The variety of nationalities, languages and educational skills force teachers to be real improvisers. "Sometimes they have to work with the hands and feet. Or students translate for other students who speak their language. There is no other way around it," says Schubert. The situation isn't always easy for teachers: "They have to be flexible. They are teachers but they also have to be social workers. Sometimes they might have a classroom with 19 individuals, all of whom have different levels of education, speak different languages, have different backgrounds or have had various traumatic experiences. That is what the job entails."

After a while, when language skills are sufficient, youths are integrated into individual classes alongside local students before completely transferring into the high school. Some attend geography class, others history, while others still may join ongoing English or science classes.

Read also: 'We won't be able to integrate everyone' 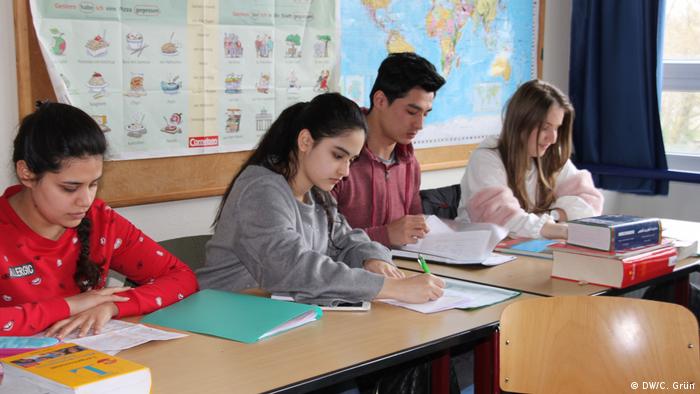 Students at Oberhausen's Sutter High School come from all around the world, and they often help each other to succeed

Rokhsar Babaj from Afghanistan is also participating in the integration course and says that school in Germany is different than at home. "In Afghanistan, the teacher always taught straight from the book. There were clear guidelines. Here, the teacher decides what will be taught on his or her own," says the 17-year-old.

Like all of her fellow students, Sandra Jacub of Moldova wants to make the most of her opportunities here in Germany. She says she wants to earn her diploma and then see what happens next. Her family may move on to another country but that is not clear at the moment. The 16-year-old is a constant help to her teachers. She often translates for Romanian students, since Romanian is the official language of Moldova. Contact with children from Afghanistan and Syria at school was, as she says, eye-opening: "When I heard they came by foot, and all that they had been through, I was shocked! I had never met any Muslims in Moldova, most people are Orthodox Christians there."

Still, despite positive support from teachers, something is missing. Students in the integration class want to have much more contact with their fellow German students. "We don't have anything to do with one another. We see each other in the schoolyard but that's it," says Aziz. He says he is asked about life in Afghanistan once in a while and that he is eager to let people know how things work there, but that such instances are rare.

Most of the kids have more contact with one another outside of school. "I play soccer, so that's where I meet people," says Mohammed, a young Syrian. Assistant Principal Schubert picks up on the topic: "One really needs to think about ways to ensure students meet one another, by organizing sports tournaments or similar activities." Just one more task that goes above and beyond the normal responsibilities of a teacher's everyday work.

Scared to go back to Afghanistan

Almost all of the students hope to stay in Germany. They want to earn their diplomas, move on to university, or get job training and then start a life for themselves. Youths from Afghanistan get especially anxious when asked about the German government's deportation plans for Afghan refugees. "I came to Germany to find a better future. That would destroy my future. That is really unjust. Everyone knows full well that Afghanistan isn't safe … because of the war, because of the Taliban. Every day there are reports of bomb attacks and hundreds of people killed," says Aziz – and then he becomes silent.

The face of suffering children: 'UNICEF Photo of the Year Award 2017'

Zahra is a five-year-old girl from Syria who fled with her parents and seven siblings to a refugee camp in Jordan. Her emotional portrait by the photojournalist Muhammed Muheisen won the annual competition. (21.12.2017)

UNICEF: Child rights must be included in Germany's Basic Law

Advocacy groups in Germany want the next government to incorporate the rights of children and teens into the country's constitution. They say failure to protect younger generations could have dangerous results. (20.09.2017)