Green politician and Tübingen Mayor Boris Palmer takes a contentious stand on refugees in his new book, saying Germany won't be able to help everyone. He tells DW why fears of the German public should not be dismissed. 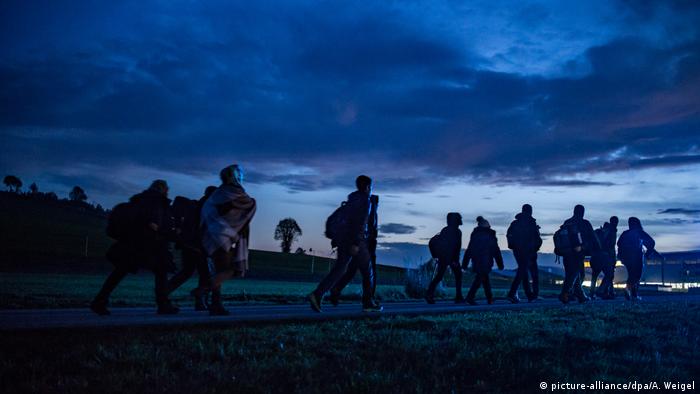 DW: Some of your comments on the refugee crisis have drawn sharp criticism from your Green party colleagues. Why is this topic so important to you?

Boris Palmer: Asylum has become the most important issue in cities and municipalities over the last two years. In my book, I discuss two issues: one, the reality that I've seen firsthand, which in my opinion differs from what has been described in many places; and two, how we are able to rationally discuss the vastly differing views on the asylum question without immediately hurling abuse.

What are the first warning signals that a country is failing to integrate newcomers? 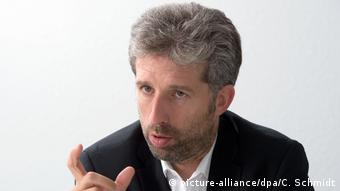 Palmer: We must take worries about the refugee issue seriously

In a democracy, the first indications are seen in election results. After the eurozone crisis passed, the [anti-immigrant] AfD party lost almost all its significance. But then came the refugee crisis, and the AfD party won 15 percent of the seats in the state parliament of Baden-Württemberg - a remarkable share.

For many people a vote for the AfD was by no means an indication that they identified with the party, or even with the right-wing ideology, but simply the policies. They were saying, "I'm worried about the refugee issue, please change something." And that must be taken seriously.

Why do you support stricter border controls?

Two years ago, when I said it wasn't possible to permanently accept 10,000 people a day in Germany and that we needed tighter border security, my party vehemently rejected that statement. Today, Europe's external border is controlled, and we only have about a tenth of that number, around 1,000 people per day, arriving in Germany now - a much more manageable amount. And that's only possible with border controls.

Why are you skeptical that we can't integrate all?

There's the question of how we can integrate all these new arrivals. How do we set up housing in such a short time? Where do we find the kindergarten teachers, the educators, the German teachers, the schools and job training centers? For that, you need human resources and time, both of which are limited quantities. And, of course, we won't be able to integrate everyone. Based on experience, with their levels of qualification, we should realistically expect unemployment levels among the refugees to be around 50 percent after 10 years. 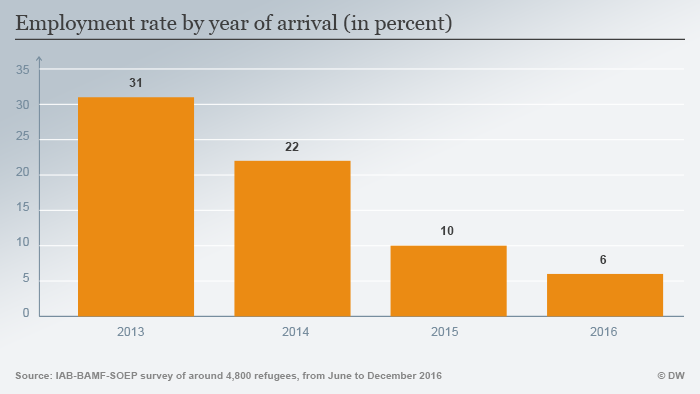 How would you prioritize the selection process?

The asylum procedure should start at Europe's external borders - that's where we should decide who is entitled to come in, and who should be sent back. It's there were we often see only the physically strong - usually young men - who have been able to make the long journey. Families, children and the elderly are often left behind. That's not a refugee policy that I support.

[To address that imbalance], we should also focus directly on the world's crisis regions and create possibilities on the ground to apply for asylum and define quotas. For example, we could say that 100,000 refugees can come directly to us from Syria via the German embassy, or apply for asylum in the surrounding embassies, and avoid the arduous journey. That would be a much more humane and just refugee policy, because it would not lead to families being torn apart.

This debate has polarized many Germans. In your book, you've criticized how the debate has been conducted in politics and in the media. Where did it go wrong?

On one side, critics are accusing the people who are supporting refugees of being naive and stupid, of being willing to sell out the German people and allowing asylum seekers to commit mass rape. They're pinning all sorts of evil accusations on these people, who only want to help.

But the other side is also demonizing, saying those people who are against refugees complain that the situation is unjust, that social housing is only being built for refugees, that there are too many refugees, too much crime in public places. And these people are then always accused of being xenophobic, neo-Nazis, or, at the very least, AfD supporters. There is demonization on both sides, and very little in between. 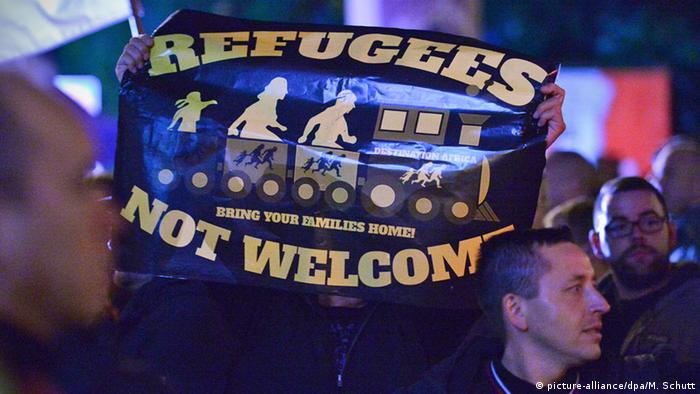 Some Germans have urged Berlin to close the country's borders

Some Germans fear the arrival of a large number of people from predominantly Muslim countries could lead to religious conflict. Do you share those concerns?

That's why integration is such a difficult task. To find the middle ground, to be tolerant but to also maintain our own ideas of society - that is difficult thing to negotiate, and it's always fraught with debate and demonization. We should stop ridiculing or denying these fears  - they are real. But we also shouldn't pretend that the Ottoman Empire will rise once again and burn down Western Europe and eradicate our culture. Both are simply not the case. 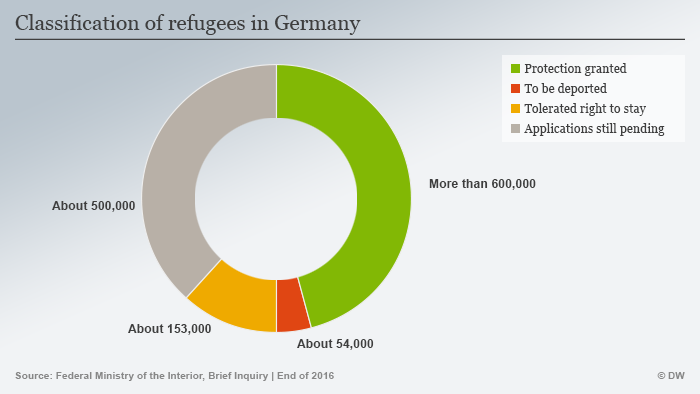 We spoke with a young German student who was furious because he believed that some refugees were only in Germany to cash in, and had no interest in learning the language or integrating themselves into society. Are they simply a few black sheep, or is this a bigger problem?

If you look at the numbers, it's more than a few refugees with this attitude. Educators have told me that part of this attitude can be attributed to the fact that these young people have been ripped out of their family environment. Parental support is lacking, the culture shock is incredibly difficult, and everything is different. As a result, many young refugees end up dropping out of school and then just hang around doing nothing, or sell drugs. It's a serious problem, and it's a form of neglect not to take note or to blame it on racism.

We also visited a school where students with an immigrant background made up 80 percent of the population. There, we asked a group of students to raise their hand if they considered themselves German, and no one raised a hand. And some of them were born in Germany. Is that a problem?

We're not an immigrant country like the US, but we do have a history of guest workers. And if we want to change that then we have to develop a stronger German identity, or define our dominant culture. From the beginning, immigration must be understood as a long-term process, one that will bring both sides closer together. Such a consciousness has not existed in Germany. We simply tolerated guest workers, and it's no wonder they feel as if they don't belong.

This interview was conducted by Neil King and Gabriel Borrud, and was shortened and edited for clarity.

How African migrants are turning the tide for refugees in Germany

Photographs of the massive migrant influx to Europe in 2015 and 2016 circulated around the world and influenced public opinion. Migration and its related suffering have never been as comprehensively documented as today. (20.06.2017)