How African migrants are turning the tide for refugees in Germany | Germany | News and in-depth reporting from Berlin and beyond | DW | 20.07.2017

How African migrants are turning the tide for refugees in Germany 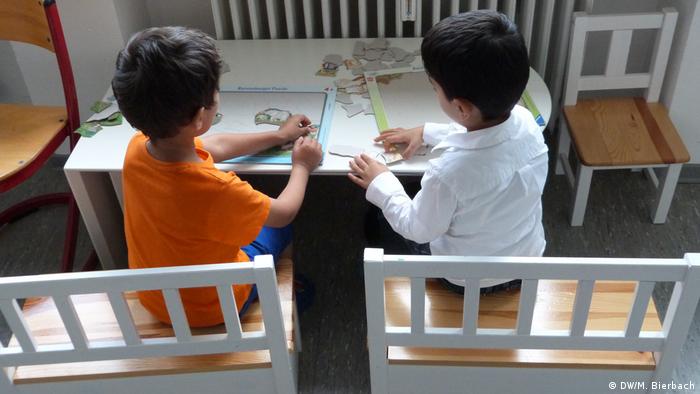 On a small white desk by the window, two little boys are slowly but enthusiastically assembling a zoo and a farm puzzle piece by piece. The windows are decorated with colorful, smiling cardboard cutout flowers, the walls are covered in astronauts, spaceships and a myriad of cartoon animals. There are about 10 kids here today, ranging from toddlers to six-year-olds about to start school later this summer, as well as two nursery school teachers.

This might seem like your average German kindergarten, but it's not quite that. This is a daycare set up specifically for the children of migrants and refugees so that their parents can attend German class or go to appointments with the authorities without having to bring their children.

Read: Life as a newcomer: Arrival

It is one of many projects run by AfricanTide Union, a standout among the charities and organizations aimed at migrants and refugees in Germany because it is primarily run by African-born people who themselves once migrated or fled to get here.

"Integrating the migrants is a very important thing and I think it's a duty that all of us - especially those of us who have a migration background - must have to offer," AfricanTide Union's Chairwoman Rosalyn Dressman told DW. 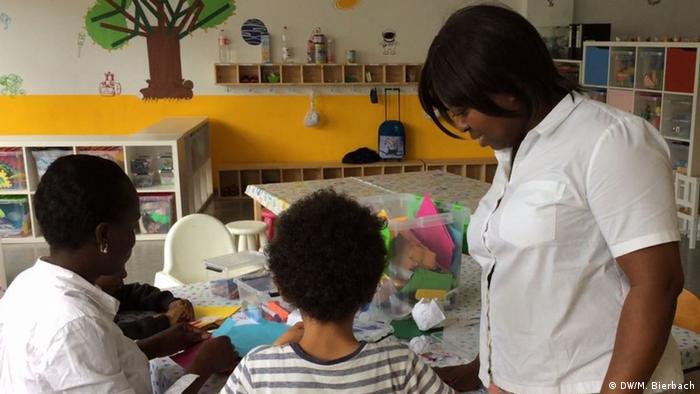 Based primarily in Dortmund, an industrial city with roughly 600,000 residents in western Germany, the organization not only runs two day-care centers, but also a variety of programs for adult migrants and refugees. These include German classes and computer seminars aimed at qualifying people for the German job market. AfricanTide also runs a shelter for young refugee men aged 18 to 25 who came to Germany without their families as unaccompanied minors. Two social workers help the men with the transition into life as adult refugees.

One of the social workers at AfricanTide's shelter, called African Hope Center, is Yvonne Chipo Makopa. Originally from Zimbabwe, she first came to Germany as a high school student on an exchange scholarship and decided to stay after studying at the University of Paderborn. Makopa believes the migration experience she and most of her co-workers have makes them uniquely qualified to work with refugees. "There are certain problems or roadblocks that all foreigners in Germany face - no matter, where you come from or how you got here," she says. "Who better to help other migrants or refugees than other migrants or refugees." 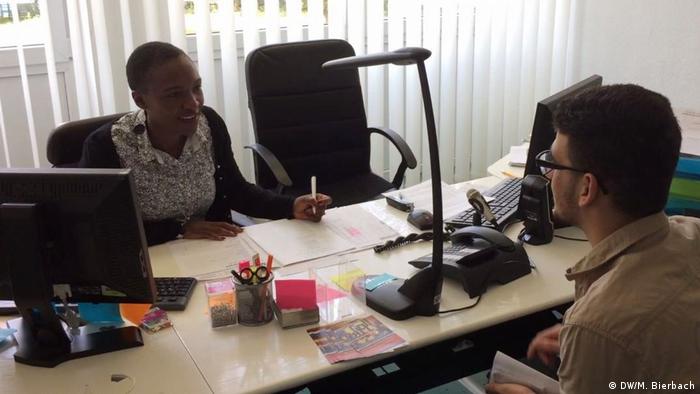 AfricanTide was founded in 2010 by seven African expats living in and around Dortmund. Their goal: to build a self-help support network for African migrants struggling to raise their children in an often inhospitable environment. "The commune and the local authorities are more used to working with migrants of Turkish background, not migrants of African background," chairwoman Dressman said. The 43-year-old mother of three, who came to Germany in 2000 after meeting her then-husband in her native Nigeria, was one of the co-founders of the organization.

People from African nations - particularly from Sub-Saharan Africa - are often overlooked when it comes to integration efforts in Germany because their diasporas are comparatively small. In North Rhine-Westphalia, the state were AfricanTide is based, first and second generation African migrants made up just 150,000 out of 4.6 million people with a migrant background last year, according to the state's integration ministry.

Roughly 10 million residents with foreign passports lived in Germany in 2016, according to the Federal Office of Statistics. The three largest groups from the continent were Moroccans (roughly 76,000), Eritreans (60,000) and Nigerians (50,000). In February, a UN study concluded that Africans frequently faced racial discrimination in Germany, but that the state did very little to track or systematically counteract racist incidents.

From volunteers to full-time employees

Dressmann hoped that AfricanTide could do its part to change the perception of Africans in Germany. On the interaction with state agencies, she said that "sometimes they don't understand us and we don't understand them. But through a lot of communication, we synergize," adding, "we are learning from each other."

North Rhine-Westphalia's Integration Minister Joachim Stamp told InfoMigrants that the work of organizations like AfricanTide was vital for the integration of people new to Germany. "The efforts of migrants and refugees who are living in Germany to help newcomers is valuable and deserves appreciation," he said. "Through their work, the social and cultural integration as well as the integration into the job market can be facilitated. Migrants can build bridges, because they know from their own experience what difficulties people face in a new country."

Initially founded as a volunteer organization, AfricanTide is now funded largely through grants from the EU, the federal government, and state authorities for their various projects, and employs around 50 people full time. 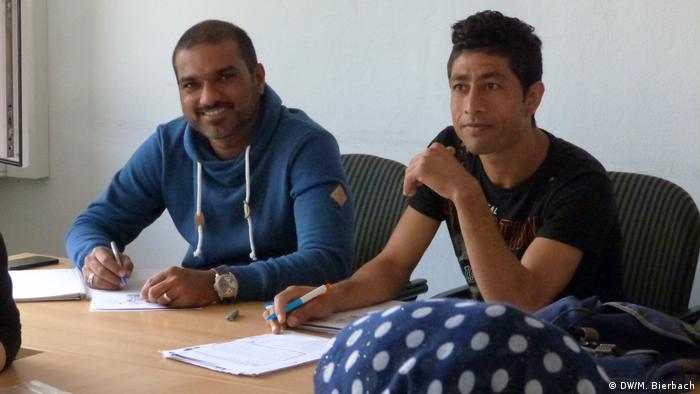 Because of the demand from migrants and refugees from non-African countries, AfricanTide opened up its services to people from other countries shortly after its founding. Today, people from the Middle-East - in particular refugees from Syria and Iraq - are the largest group of people who use the services of AfricanTide, while African migrants and refugees make up only about 25 percent of service recipients.

'We don't want a parallel society'

The staff also hails from all corners of the world, says Dressmann: "We have people from different African countries here, we have different European people here and we also have Asian people. I think this is a huge advantage on our side because we bring this multicultural perspective.”

"We try to have a mix of people with different backgrounds because we do not want a parallel society," says Hassan Yacoubou, who runs the African Hope Center, referencing a term used in Germany for insulate ethnic migrant communities. The refugee shelter's staff includes two Afghani refugees, as well as a German social worker. 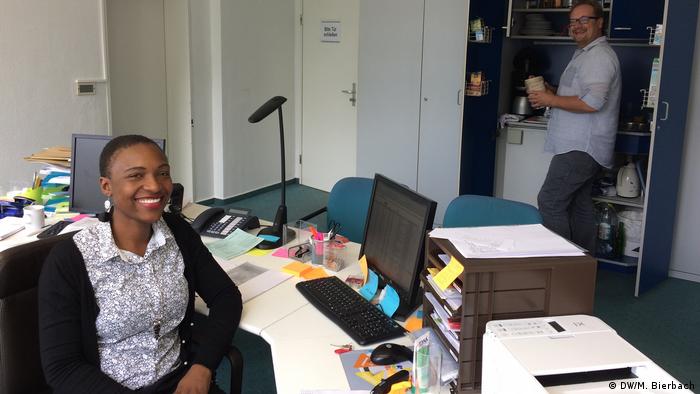 Nevertheless, AfricanTide sometimes faces pushback from Germans irritated by the fact that most the organization's leaders are originally from Africa, not Germany.

"Some people are like 'huh, why are there so many foreigners here?'" says social worker Makopa. "You know what I say to them: Why not?"

Fact check: Is it easy to find a job in Germany?

This article was originally published on Infomigrants, a site dedicated to news and information for migrants and refugees. It is a joint project led by France Médias Monde, Deutsche Welle and Italian press agency ANSA.

Germany is facing a lack of medical care personnel for its aging population. One vocational school hopes to equip refugees with the skills to tackle the problem. (17.07.2017)