The face of suffering children: 'UNICEF Photo of the Year Award 2017'

Zahra is a five-year-old girl from Syria who fled with her parents and seven siblings to a refugee camp in Jordan. Her emotional portrait by the photojournalist Muhammed Muheisen won the annual competition. 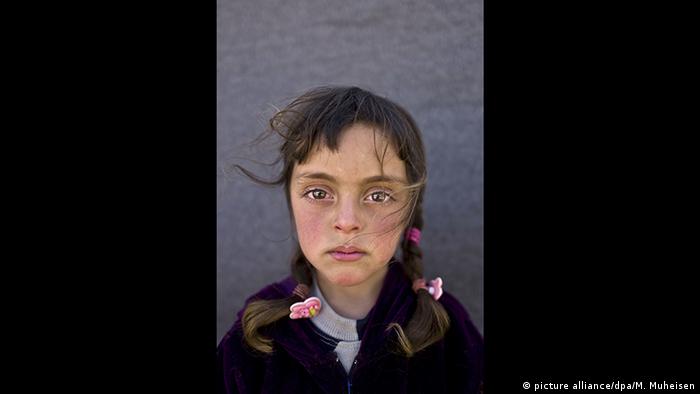 "The eyes of children always tell the truth," said the German judge and patron of UNICEF Germany, Elke Büdenbender, at the Photo of the Year Award ceremony in Berlin.

The prize is given annually to photos and reports that document the personalities and circumstances of children's suffering in an outstanding way.

This year, Zahra's gaze has become the symbol of the millions of children caught in humanitarian crises all around the world. It also reflects the battered childhood of a whole generation of Syrians.

The moment was captured by the two-time Pulitzer Prize winner Muhammed Muheisen, who has reported from the Middle East for several years.

The Jerusalem-born photojournalist met Zahra in an improvised refugee camp in the suburbs of Mafrak, Jordan, where her parents had fled the war with her and her seven siblings in 2015. 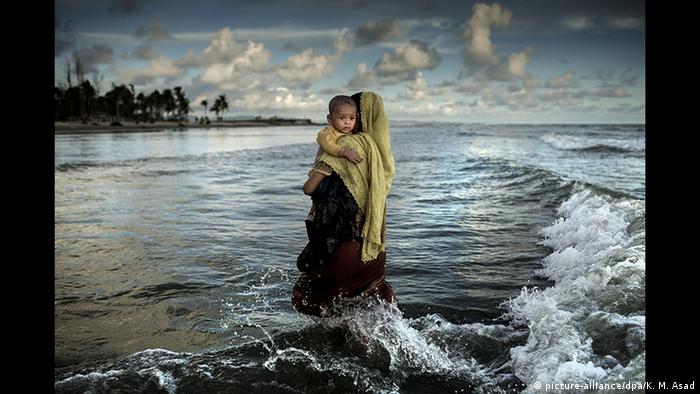 "The face draws you to look at it again and again. It represents the fate of millions of children," commented Büdenbender.

Second prize in the UNICEF Photo of the Year Award 2017 went to the Bangladesh-born photographer K. M. Asad and third to the Canadian Kevin Frayer. Both documented the Rohingya crisis.

Read more: Opinion: The pope and the word Rohingya

Asad's picture shows a mother carrying her baby in the sea. Frayer caught the desperation of a boy in a refugee camp at Cox's Bazar in Bangladesh who climbs in tears onto a truck carrying relief supplies. 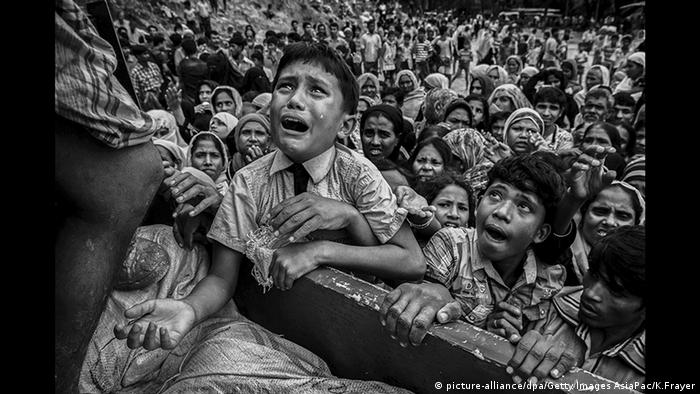 The plight of the Rohingya Muslims forced to flee the atrocities committed by militants and the army in Myanmar is hard to stomach. The most vulnerable are children, as John Owens' photo series shows. (29.10.2017)