Refugee rift in Angela Merkel government sparks war of words | Germany | News and in-depth reporting from Berlin and beyond | DW | 06.04.2018

Bickering has broken out in the governing coalition over family reunifications for refugees in Germany. But the Interior Ministry has backed off its previous tough talk on asylum seekers. Was it all just posturing? 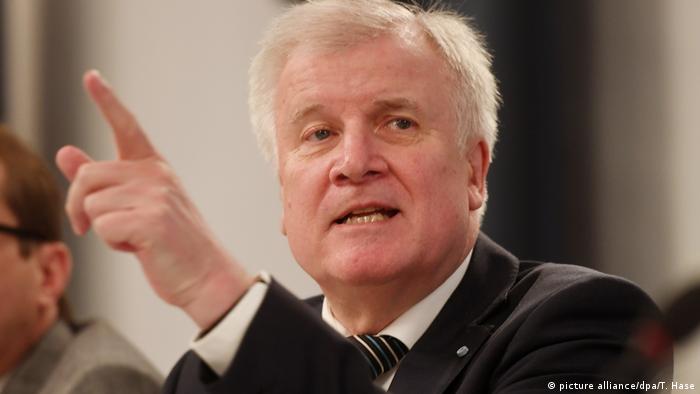 At the government's Friday press briefing, the Interior Ministry said that, in contrast to reports earlier this week, a new draft law it is proposing would not rule out family reunifications for refugees drawing welfare support payments.

At present family reunifications have been suspended for so-called subsidiary refugees admitted only temporarily to Germany. The new legislation is currently being discussed among the various government ministries and will then go to the chancellor's office and the Bundestag for approval.

Ulrike Demmer, spokeswoman for Chancellor Angela Merkel of the conservative CDU, said the government wanted new legislation passed soon "so that people with subsidiary protection have the possibility at all" to be reunited with their immediate family members.

Merkel's grand coalition of conservatives and Social Democrats (SPD) agreed last month that 1,000 family members per month - in addition to a flexible number of hardship cases - would be allowed to join refugees in Germany. But since then the issue has become the major bone of contention between the CSU, the Bavarian sister party of Merkel's conservatives, and the SPD. 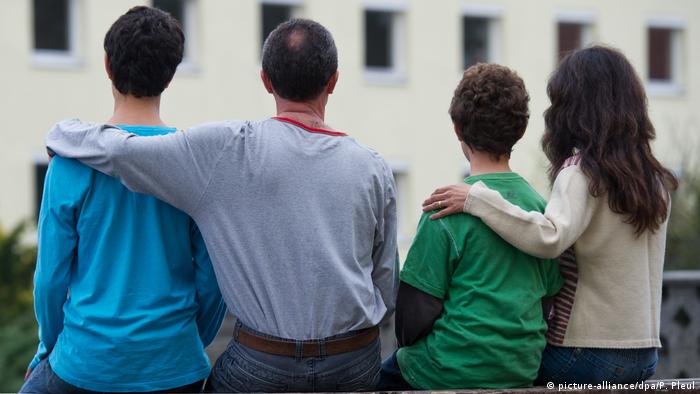 At the center of conflict is Horst Seehofer. In his function as Germany's new interior minister, Seehofer has pledged to enact a "master plan" for immigration and refugees by this summer and needs the support of his coalition partners, the SPD. But as chairman of the CSU in a year when Bavaria is holding regional elections, Seehofer wants to re-establish the CSU's conservative credentials in order to fend of the challenge of the anti-immigrant, far-right populist Alternative for Germany (AfD) party.

On Friday, at a visit to the Federal Office of Migration and Refugees in Nuremberg, Seehofer sought to relativize impressions that the draft law would dramatically reduce the numbers of refugee family members allowed into Germany.

"The point of discussing draft laws at the ministerial level if to find compromises between various outlooks," Seehofer told reporters. "I can say, though, that we are sticking strictly to the coalition agreement."

That statement - at least in tone - was the opposite of what Seehofer told "Spiegel" magazine earlier in the day.

"We don't want people moving into our social-welfare system," Seehofer said in an interview. "We discussed this in the coalition."

Leaked excerpts of the draft legislation earlier this week suggested that Seehofer would try to dramatically curb the number of family members admitted to Germany, particularly in welfare-recipient cases. Refugee advocates reacted with outrage, pointing out that the vast majority of refugees drew benefits and thus would be forcibly separated from their loved ones. And the advocates aren't the only ones angered.

'After shaking hands, you have to count your fingers' 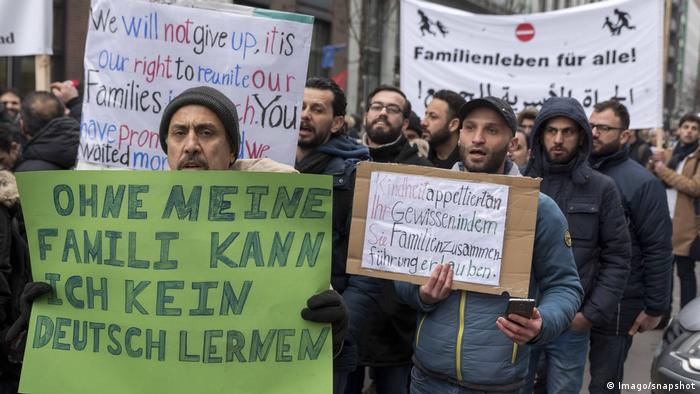 In January refugees in Berlin demonstrated in support of family reunifications

Representatives of the CSU and SPD below the ministerial level hurled no shortage of barbs at one another over the refugee issue.

On Thursday, regional CSU leader Alexander Dobrindt accused the SPD of maintaining "socialist fantasies of Germany as the world's social-welfare state." Deputy CSU Parliamentary Leader Georg Nüsslein went to so far as to threaten the end of the coalition if the SPD challenged the conservative interpretation of the refugee agreement.

SPD leaders insisted that a deal was a deal and that Seehofer and the CSU would not be allowed to institute a more restrictive refugee policy.

"Notwithstanding Seehofer's hot air in the Bavarian election campaign, the SPD will not retreat one millimeter from what we agreed," wrote SPD vice-chairman Ralf Stegner on Facebook. "I'm being attacked by Dobrindt at the moment. As was revealed in the negotiations, after shaking hands with this gentleman, you have to count your fingers."

Criticism of the coalition from both the right and left 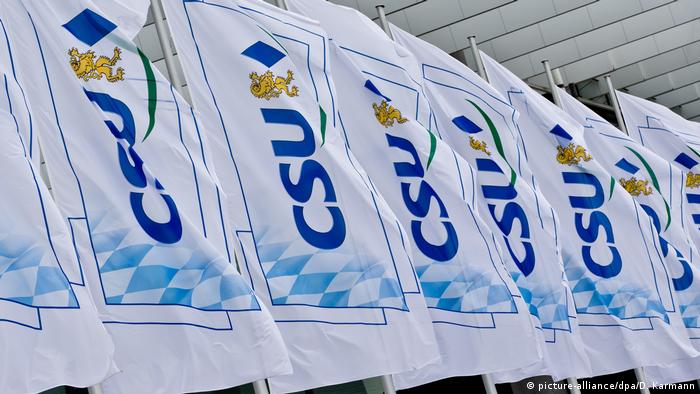 The CSU is worried about maintaining its absolute majority in Bavaria

Opposition parties are less than impressed with the bickering. The center-right Free Democrats (FDP), who pulled out of coalition talks with Merkel last year, said the fighting was a sign of a weak government.

"The so-called agreement isn't worth the paper it's written on," FDP Chief Parliamentary Manager Marco Bushmann told reporters.  "It's a typical Merkel compromise of words that served only to end the coalition talks as soon as possible so that she could start another term in office."

The left-leaning Greens, by contrast, blamed the CSU, and particularly Seehofer, for the dispute.

"I think the election in Bavaria is the reason he's acting so hard, un-Christian and anti-social," Green parliamentary leader Anton Hofreiter said in a TV interview. "Apparently he thinks he has to move as far as possible to the left to take votes off the AfD."