In the first major speech of her new term, German Chancellor Angela Merkel struck a conciliatory tone on immigration while offering an inclusive message on Islam. "Germany can do it," she said, and "we are all Germany." 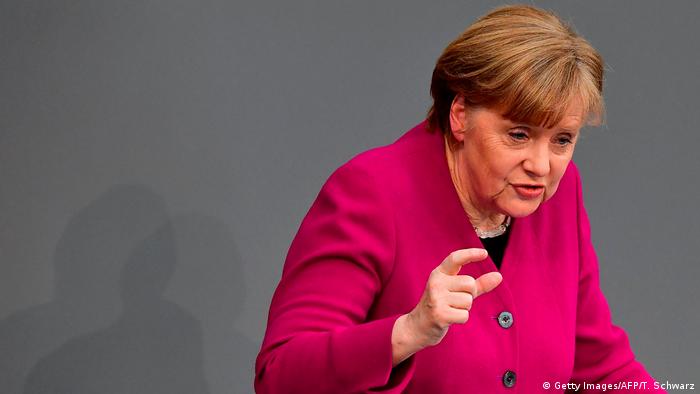 Wednesday was the first time Angela Merkel addressed the Bundestag after the unprecedentedly long and difficult process of forming a new government. It was thus a chance for the conservative Christian Democratic (CDU) chancellor to sell her plans for her fourth term in office and third as the leader of a grand coalition with the center-left Social Democrats (SPD).

So it was significant that Merkel began her address with a discussion of her own political Achilles' heel: her welcoming stance toward the numerous migrants and refugees who arrived in Germany in 2015 and 2016. She called her famous "We can do this" statement from 2015 a "point of crystallization" in a process that "has divided and polarized our country."

The chancellor noted that Germany had mastered this "unprecedented challenge" but added that they country's acceptance of more than 1 million migrants was a "humanitarian exception" that would not be repeated.

Merkel said that Germany would do more to strengthen United Nations aid programs while at the same time pushing for beefed-up security on the European Union's external borders. She added that Germany would continue to take in political refugees, but that the government would also focus on deportations.

"People who have no right to protection will have to leave our country, preferably voluntarily, but if necessary by state deportations," Merkel said. She repeated her government's pledge in the coalition agreement that the numbers of migrants per year would be capped at 200,000 or fewer. 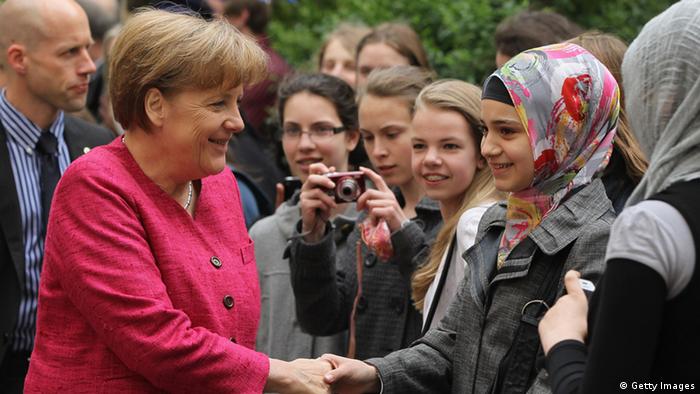 While promising to curb migration, Merkel also had positive words for Muslims in Germany

'Islam is part of Germany'

Merkel recalled that immigrants from Turkey and Italy had played a crucial role in rebuilding post-war Germany and that their descendants were now members of mainstream German society. And she also extended a hand to Muslims living in Germany today.

"It is beyond question that our country was historically formed by Christianity and Judaism," Merkel said. "But it's also the case that with 4.5 million Muslims living with us, their religion, Islam, has also become a part of Germany."

Merkel admitted that not all Germans shared that view — a remark that drew a cry of "Seehofer!" from the parliamentary ranks. Germany's new conservative Interior Minister, Horst Seehofer, made headlines last week when he stated that Islam was not part of Germany. Merkel's statement implicitly rebuked his posturing.

The chancellor then offered a list of new social benefits her government would be offering, from which "everyone will profit." At the same time she promised that her government would maintain balanced budgets in the next four years and that it was aiming for "full employment" across the country. German economic prosperity, she implied, would allow people of diverse religious and cultural backgrounds to co-exist in peace.

EU takes a back seat

Perhaps significantly, Merkel didn't discuss Germany's policy toward the European Union in any detail until the end of her speech, even though the EU is one of the central features of the coalition agreement.

Merkel offered few specifics on potential reforms to the bloc, but she did stress the importance of European solidarity in a globalized world in which no European country would represent more than 1 percent of the global population in future.

"The EU has proven to be a boon for us Germans," Merkel said. "That's why I'm convinced that the future of Europe resides in sticking together rather than acting as a number of small individual countries." 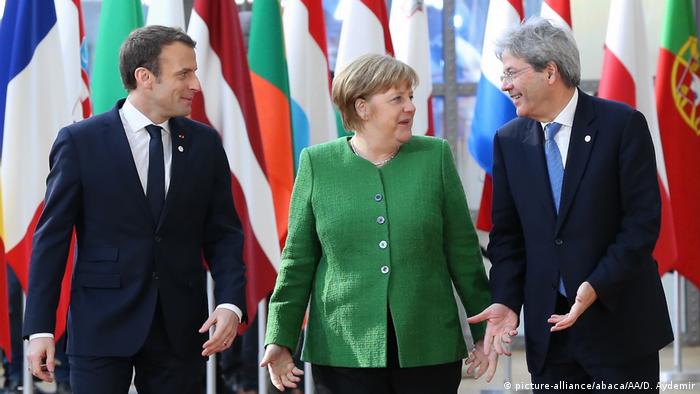 Anyone hoping for an impassioned announcement of major new policies was disappointed. Wednesday's speech was classic Merkel: measured, sober, moderate, competent and middle-of-the-road, but hardly inspiring. At one point, when talking about Germany's future economic prospects, she even made a "scales" gesture with her left and right hands to illustrate her belief that policies must be balanced and based on compromise.

Merkel specifically denied that this amounted to a policy of "carrying on" the status quo, saying that a world in transition did not allow for that kind of stasis. And she rounded off her speech by returning to her famous dictum which has also been used against her.

"Let's surprise people with what we can do," the chancellor said. "I'm convinced Germany can do it. We are all Germany."

But it remains to be seen whether Merkel's measured and occasionally wonkish arguments will carry any weight with those deeply unhappy with the way things are, in particular the supporters of the anti-migrant, populist Alternative for Germany (AfD) party.

The apocalypse is nigh for the far right 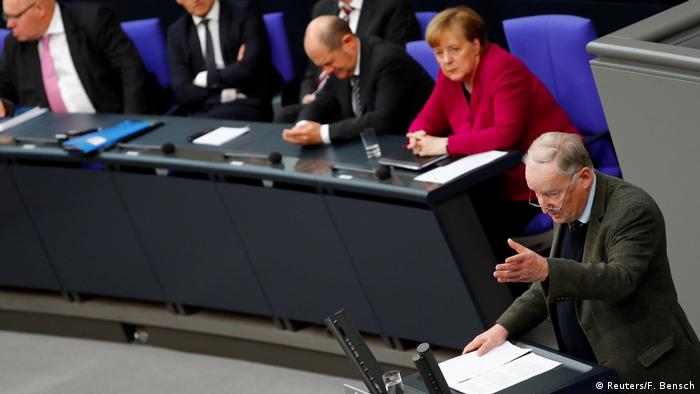 Gauland said that Germany was coming apart at the seams, but the other parties largely ignored him

Speaking for the right-wing populist AfD as the largest opposition party, chairman Alexander Gauland said that "mass migration" to Germany was continuing unabated. He painted an apocalyptic picture of pensioners having to visit food banks and more and more Germans becoming homeless while refugees lived in alleged luxury.

"Yes, chancellor, society is coming apart," Gauland said. "We're no longer pursuing German interests, but the interests of some imaginary Europe, however it's defined."

Christian Lindner, the chairman of the center-right Free Democratic Party (FDP), resumed the criticism of the new government, saying that the grand coalition had failed to adequately address future challenges such as digitalization.

Germany's parliament has confirmed Angela Merkel as the country's next leader. The conservative Merkel will govern in a grand coalition with the Social Democrats. But the vote margin was very tight - a mere 9 votes. (14.03.2018)