Germany's new interior minister, Horst Seehofer, wants to open the first so-called "anchor center" in the autumn. Many migrants are to be housed there from arrival to deportation. But police are skeptical. 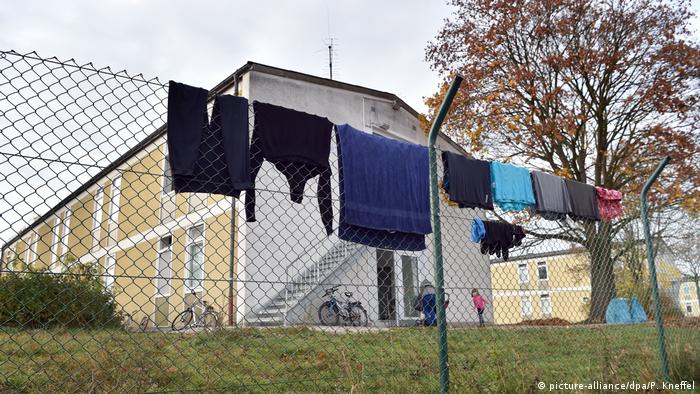 Interior Minister Horst Seehofer is pressing ahead with his "masterplan" to speed up deportations of asylum seekers and refugees and streamline asylum procedures.

"I'm confident that we can present more detailed plans after the Easter weekend," he told the paper.

Under plans presented by Seehofer when he took over as interior minister, these so-called "anchor centers" are designed to house asylum seekers from their arrival in Germany until their possible deportation. The first one is likely to be built in Bavaria.

Seehofer – who recently said that Islam is not part of Germany  but Muslims are –  has stressed, however, that no one should stay in the centers for more than 18 months and that migrants who are likely to be able to stay in Germany should be allowed to move on from the centers.

Germany's federal police would ultimately be in charge of the centers as they are responsible for deportations as well as protecting Germany's borders.

Seehofer's aim is to get the federal police more involved in asylum procedures to relieve local and regional authorities.

"We don't train police officers to run prisons," he told the DPA news agency, adding that he sees the jucidiary and the Federal Office for Migration and Refugees (BAMF) as responsible.

He explained that these centers would fall under the category of "measures that curtail freedom of movement," whereas the federal police's main responsibility is to "avert danger."

Critics have pointed out that migrants often cannot be deported within the 18 months Seehofer has envisioned, as the necessary travel documents are missing and cooperation with some embassies is sketchy. In 2017,Germany processed more asylum applications than all other EU states combined.

Local councils also point out that keeping people in large, often cramped, centers can lead to violence and prevent migrants from getting a chance to integrate in Germany.