Horst Seehofer's Interior and "Heimat" Ministry wants to dramatically restrict refugee family reunification — including immediate relatives. It's a touchy issue that could stir up trouble within Germany's government. 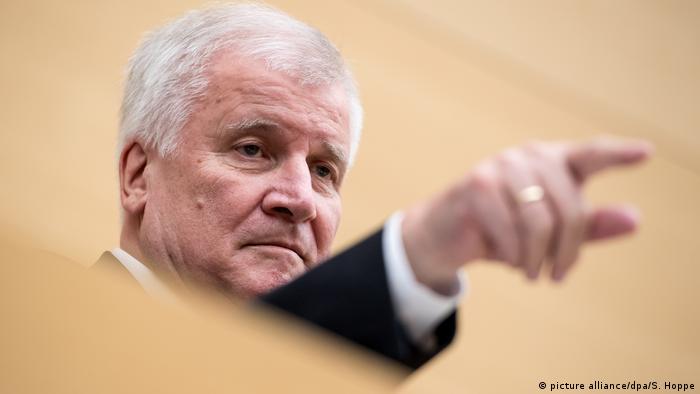 If Horst Seehofer gets his way, the rules on which family members are allowed to join refugees in Germany will be dramatically tightened.

Under a draft law currently being discussed by Seehofer's Interior and "Heimat" Ministry and other ministries and leaked to the RND newspaper consortium on Wednesday, the only relatives automatically allowed into Germany would be refugees' spouses, unmarried minor children and the parents of minors who already here.

"Other family members, including siblings, will not fall under purview of this new set of regulations," the draft law read, according to the RND — in other words, refugees would not be able to bring brothers, sisters and other relatives to Germany.

An even more controversial passage threatens that family reunifications could be denied for people who are "dependent on social welfare payments." A great number of refugees receive assistance in some form, so this could be extremely restrictive.

The draft law thus already has the potential to be a very hot political potato within Germany's governing grand coalition.

How to treat the relatives of refugees was one of the most contentious issues in the coalition agreement, particularly between Bavaria's conservative Christian Social Union (CSU), which is led by Seehofer, and the Social Democrats (SPD).

The coalition deal signed in March sets a somewhat nebulous limit of 1,000 family members total to be allowed to join refugees per month, with a flexible number of exceptions to be made for hardship cases. Since 2016, a moratorium has been in effect on relatives' joining people granted only temporary shelter in Germany, a status formally called subsidiary protection. The coalition agreement between conservatives and the SPD makes no mention of sanctions on people who receive public assistance.

In an attempt to bolster its right-wing credentials, the CSU has been pushing for a stricter line on refugees, and the draft legislation still has to pass the muster of the other ministries concerned and Angela's Merkel's cabinet before it can be put to Germany's parliament, the Bundestag. Thus it may be nothing more than a trial balloon by Seehofer with an eye toward Bavaria's regional elections later this year.

"Mr. Seehofer apparently sees the Interior Ministry as a permanent election campaign instrument of the CSU," Aziz Bozkurt, the chairman of the SPD's working group on migration and diversity, told the newspaper Die Welt. "This draft law oozes with ideas publicized by inciters of right-wing hatred. Mr. Seehofer is once again disrupting the peace with the coalition."

In the government's press conference on Wednesday, a spokesman for the Interior Ministry declined to go into detail about the draft law, saying he couldn't comment on legislation still being debated by the government ministries. The spokesman did say that the law would reflect the coalition agreement and later added that the draft legislation would not fundamentally alter the situation of refugees with subsidiary status who receive public assistance. But the political opposition and refugee advocates have blasted what they see as Seehofer's political opportunism.

'Hardly any family members would be admitted' 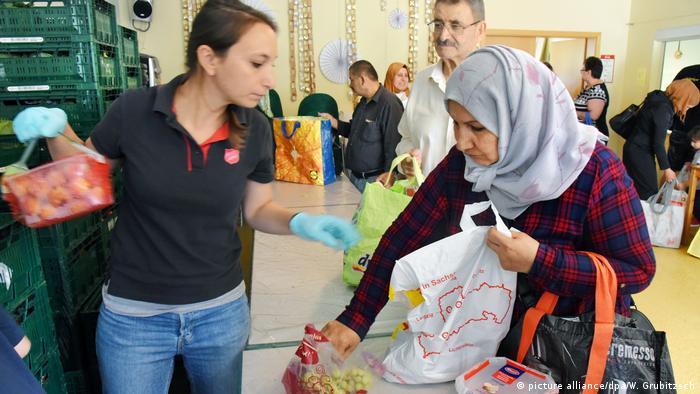 Green party co-Chairwoman Annalena Baerbock called Seehofer's plan a "violation of the UN Convention on the Rights of the Child." Ulla Jelpke, the Left party's domestic affairs spokeswoman,  accused the interior minister of not caring about families "where refugees are concerned." The center-right Free Democrats welcomed the "restrictive" approach. And the far-right Alternative for Germany party has called for no more refugee family members to be allowed into the country at all.

Bernd Mesovic, the legal affairs spokesman of the refugee advocacy group Pro Asyl, told DW that the proposal is "absurd" and pointed out that the law concerning family reunifications was revised in 2015 to do away with the differences between different classes of refugees.

He said he was worried about the effects of the restrictions on refugees who receive public assistance.

"The effect on subsidiary refugees could be catastrophic," Mesovic said. "If things in fact turn out as harshly as Seehofer intends, hardly any family members would be admitted outside of the 1,000 rule, where it is unclear which criteria will be decide."

If the law were changed as Wednesday's leak suggests, it would make Germany one of the more restrictive countries in the European Union. Italy, Spain, France and Belgium all admit family members beyond the categories specified in Seehofer's draft law.

Migrants in the Alps

Migrants risk lives crossing the Alps on foot in winter