German asylum-seeker scandal not as wide as previously thought | Germany| News and in-depth reporting from Berlin and beyond | DW | 14.06.2018

German asylum-seeker scandal not as wide as previously thought

The major bribery scandal at one of Germany's refugee authority offices was not as serious as thought, a new investigation has shown. The affair triggered a political crisis. 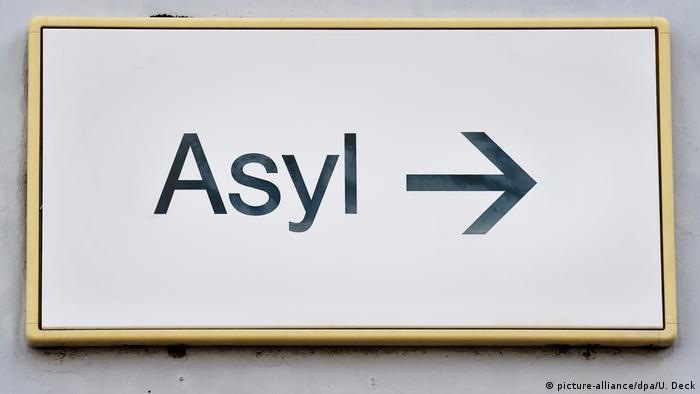 New revelations have shown that the corruption scandal at the Bremen branch of Germany's Federal Office of Migration and Refugees (BAMF) was not nearly as far-reaching as previously thought.

But a joint report by public broadcasters NDR and Radio Bremen aired this week found that while the official at the heart of the scandal, former Bremen BAMF head Ulrike B., may have broken regulations, the BAMF do not believe she broke the law — and that courts in question have since determined her decisions to be lawful. 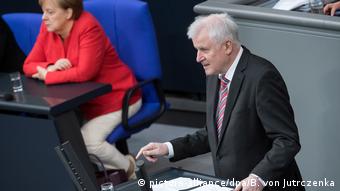 But the new NDR and Bremen Radio investigation has found that the original BAMF report, which sparked the scandal, had spread incorrect figures and false suspicions. Rather than 1,200 wrong asylum decisions, the BAMF actually found procedural mistakes in only 975 cases — but that the decisions themselves were not wrong. Investigators found that only 578 of the 1,336 asylum decisions that were reviewed had to be reassessed.

This could be embarrassing for Seehofer, whose ministry released a statement on May 23 which declared that the asylum-seekers' reception center in Bremen "deliberately disregarded legal regulations and internal procedures." Asked by the Taz newspaper this week to identify which rules had been broken, a spokesman for the Interior Ministry could not name any.

Other mistakes have now been uncovered: The original BAMF report expressed suspicion that the Bremen office had made far more asylum decisions than Germany's smallest state should have been responsible for in the period from 2013 to 2016: In fact, the regulation which stipulated these numbers was lifted in 2014 — making the large numbers far less suspicious.

Similarly, the BAMF originally said that six people were being investigated — in fact, prosecutors have confirmed that only one person is under investigation: former head of the Bremen BAMF office Ulrike B.

The main allegation of the scandal was that Ulrike B. was at the center of a "gang" that included two lawyers and other BAMF officials who took bribes from asylum-seekers in exchange for favorable decisions. It was true that the former Bremen BAMF head did intervene to stop deportations of asylum-seekers — especially to Bulgaria, where migrants often suffer inhumane conditions, according to human rights organizations (a point that several German courts have agreed with).

Merkel under pressure on asylum

"Afterwards it turned out that she disregarded administrative regulations," her lawyer Erich Joester told NDR. "But the courts had justified her position in the meantime. The decisions she made were lawful."

Nevertheless, Ulrike B. did break BAMF regulations — and in 2016 she faced disciplinary action by the authority over 26 asylum cases, but only three of these were finally upheld. An internal report on her actions, signed by BAMF President Jutta Cordt in 2017, found that she acted out of "humanitarian" reasons, rather than "selfish" ones, but that they did damage her office's reputation. But while Ulrike B. was sacked in 2016, after 20 years as head of the Bremen BAMF office, there was no suggestion that she broke the law.

The criminal investigation against Ulrike B. currently being run by Bremen prosecutors stems from accusations by a journalist and a former BAMF translator, who told police that asylum seekers were bribing officials. Neither of them, the report said, established a direct connection to Ulrike B. There were also suggestions that the translator harbored a personal grudge against her after she dismissed him from the office for photocopying confidential documents.

As many media organizations have since pointed out, many of the asylum decisions taken by the Bremen authority benefited Yazidis — a Kurdish-speaking minority with a unique monotheistic religion who live mainly in Iraq and Syria. At the time in question, from 2013 to 2016, the group was being persecuted by Islamic State militant group, which meant many of their applications were fast-tracked by the immigration authorities in Bremen — whose neighboring town of Delmenhorst is home to a significant Yazidi community.