The ex-head of the Bremen BAMF refugee agency is being condemned by media and her superiors before the trial, her lawyer said. She is under investigation for irregularities in processing hundreds of asylum applications. 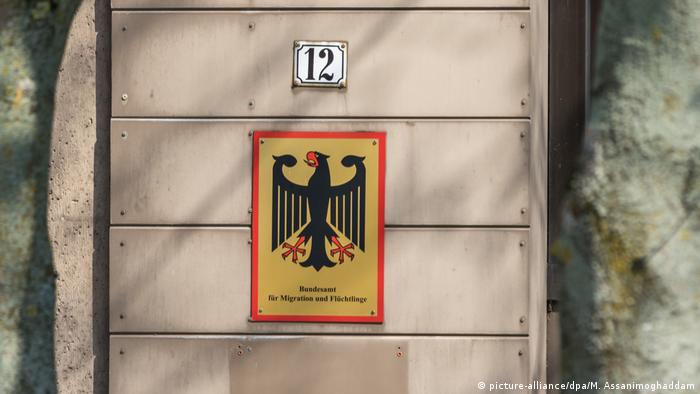 A former regional German migration official under investigation over allegations of having granted asylum to some 1,200 migrants in exchange for bribes has been left in the lurch by those who should be ensuring her fair treatment, her lawyer said on Saturday.

It was not right that "those who are entrusted with her welfare, that is, her superiors, including the [interior] minister, now make accusations without listening to her legal case," Erich Joester told broadcasters Radio Bremen and NDR and the daily Süddeutsche Zeitung.

Joester rejected the allegations that his client, identified under German privacy laws only as Ulrike B., had accepted money from asylum applicants, calling them "nonsense."

He also denied that she had paid money to lawyers so asylum-seekers were deliberately taken to the northern city of Bremen, where she was in charge of the regional branch of Germany's Federal Office for Migration and Refugees (BAMF), to have their applications filed. He said such transfers had occurred, but that this was done with the knowledge of BAMF headquarters in Nuremberg because other regional offices had been unable to cope with the number of applications made.

Joester was even more vehement in his rejection of an accusation by BAMF's internal audit department that Ulrike B. had ignored the principle of dual control in her decisions.

He called the charge a "product of the madhouse," as the regulation had been introduced after the period in which the alleged mispractices occurred.

"How can someone be accused of violating a regulation when this regulation did not yet even exist?" he said. He added that the allegation was even more absurd considering that his client had herself espoused the adoption of the dual-control principle, which requires a second signature on each decision taken.

BAMF headquarters introduced the principle on September 1, 2017. The cases of alleged mispractice occurred between 2013 and 2016.

Germany's refugee agencies have been put under unprecedented strain  since 2015 by a huge influx of asylum-seekers, many fleeing conflicts in the Middle East. There is a current backlog of some 50,000 applications.

Four other employees at the Bremen BAMF office are also under investigation for alleged corruption.

In an open letter, the council chairman said executives "must be in focus" in the probe. Public sector employees have been accused of mishandling asylum applications, and possibly taking bribes. (29.05.2018)

As the scandal at the Federal Office for Migration and Refugees widens with fresh allegations of impropriety, Interior Minister Horst Seehofer wants to push forward with his "master plan" to reform the asylum system. (28.05.2018)