As the scandal at the Federal Office for Migration and Refugees widens with fresh allegations of impropriety, Interior Minister Horst Seehofer wants to push forward with his "master plan" to reform the asylum system. 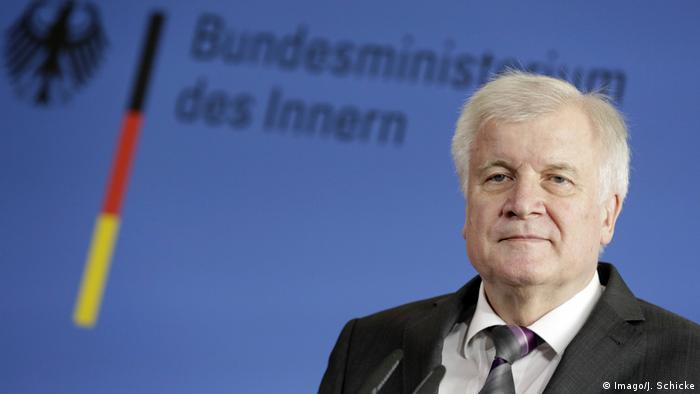 German Interior Minister Horst Seehofer has said that the scandal over public workers allegedly having accepted bribes and improperly approving more than a thousand asylum applications at the Federal Office for Migration and Refugees (BAMF) in Bremen represents an opportunity for large-scale reform.

"The Bremen case confirms to me that we need to change the whole asylum organization in Germany," Seehofer told German broadcaster ZDF on Sunday.

Seehofer, a strong proponent of curbing migration, had already floated changes to migration processing even prior to the BAMF scandal. The conservative minister has proposed the creation of so-called "anchor centers," a plan that would place all refugees in specific centers upon arrival for processing.

The proposal has been rejected by NGOs and is unpopular with the Social Democrats (SPD), who share governing powers with Seehofer's Christian Social Union (CSU) in Angela Merkel's grand coalition.

But Seehofer has doubled down on his proposal. He explained to ZDF that in light of the Bremen scandal, the anchor centers are even more necessary, as they would make asylum procedures speedier and safer.

The interior minister said his "master plan" was ready and that it would be made public in the next two weeks.

Following the Bremen scandal, practices at another BAMF office have also come into question. Internal documents show that an employee blew the whistle months ago on irregular practices in a BAMF office in Bingen, a town in Rhineland-Palatinate, near the city of Mainz.

At the Bingen center, refugees from certain countries had been granted approvals at markedly higher rates than those from other countries.

While it has yet to be proven if the irregular situation in Bingen can be attributed to a statistical anomaly, documents from Bingen also show that some BAMF employees might have lacked the proper training to make asylum application decisions.

Seehofer and the head of BAMF, Jutta Cordt, are expected to appear on Tuesday at a hearing in Germany's parliament, where they will face questions from a committee that has been tasked with investigating the BAMF scandal in Bremen.

Interior Minister Horst Seehofer says the Bremen branch of the Migration Office won't decide any more asylum cases. The move is an attempt to counter accusations that the office wrongly approved hundreds of applications. (23.05.2018)