Germany's conservative bloc may be coming apart at the seams, as its Bavarian wing lines up behind Interior Minister Horst Seehofer and against the chancellor. It's the greatest challenge ever to Merkel's authority. 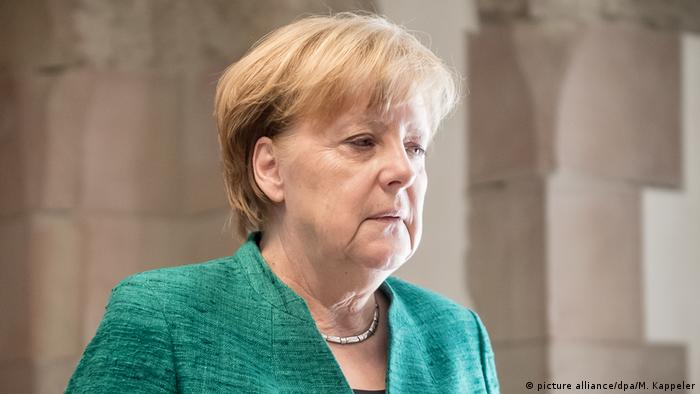 Speaking to reporters after separate emergency meetings of Chancellor Angela Merkel's CDU and the Bavarian conservative CSU, regional CSU leader Alexander Dobrindt was "100 percent" in support of Interior Minister Horst Seehofer's so-called master plan for migration. That includes turning away some people at Germany's national border – something Merkel has explicitly ruled out.

"As we discussed, parts of the master plan are the direct responsibility of the interior minister, who comes from our ranks," Dobrindt said, adding that the CSU was intent on turning migration policy "upside down."

Dobrindt also said that while the CSU still supported efforts to deal with migration on a European level, Bavarian conservatives felt that the time for action was now.

"It cannot prevent us from acting right now and doing what we are allowed to do legally," Dobrindt said.

Later on Thursday, the Chancellor downplayed the rumblings of a breakdown on the issue. Asked about finding a solution, she said, "I expect that we will all, the federal government included, do it together." 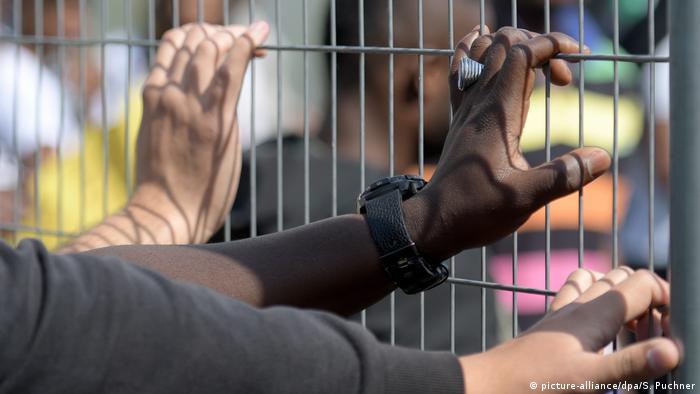 The CSU statements came after both that party and the CDU withdrew for separate emergency consultations on refugee policy. Normal parliamentary business went on hiatus, and emissaries shuttled backed and forth between two parties that normally are mirror images of one another.

As Merkel was initially quiet on the issue publicly, the head of the party's youth wing, Paul Ziemiak, said that the party was firmly behind Merkel and that he hoped the two sides would agree a joint policy by the beginning of next week.

But barring a breakthrough, Seehofer and Merkel — and with them the CSU and the CDU — are on a collision course. Seehofer meets with the leadership of the CSU on Monday in Munich, where he is expected to announce the institution of border checks on the basis of his authority as interior minister.

If that comes to pass, Merkel faces the difficult choice of backing down or either overruling or perhaps even firing Seehofer. 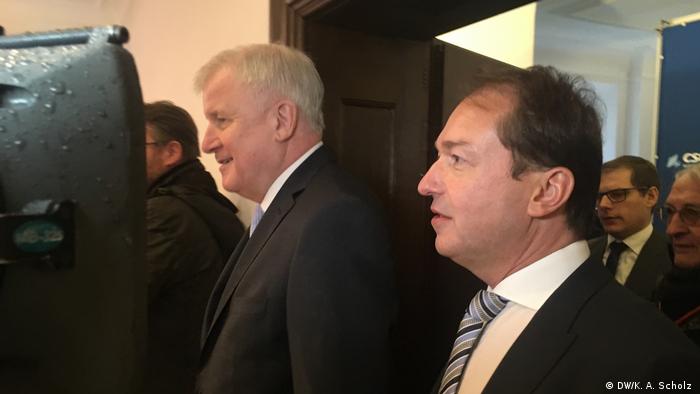 An unprecedented rebellion against Merkel

In one sense, this is a clash over policy. But on a deeper level it is nothing less than a struggle for control of conservatism in Germany.

Seehofer, who is also the CSU chairman, and Bavarian State Premier Markus Söder may argue that tighter migration policies are a necessity if the CSU wants to preserve its absolute majority in October's regional Bavarian election. But the many conservatives from Bavaria and beyond have also long been unhappy about Merkel's welcoming stance toward migrants and chafed under the political predominance of the four-time chancellor.

Seehofer reportedly threatened to use his position as interior minister to order border checks, if necessary over Merkel's opposition, even before Thursday's impasse. Merkel is said to have asked for two weeks' time in the hopes that she can negotiate an acceptable alternative, perhaps by enhancing the EU's Border Control Agency, Frontex, when EU leaders come together in Brussels on June 28 and 29.

But thus far there has been no sign that the CSU is willing to give Merkel the leeway she desires. 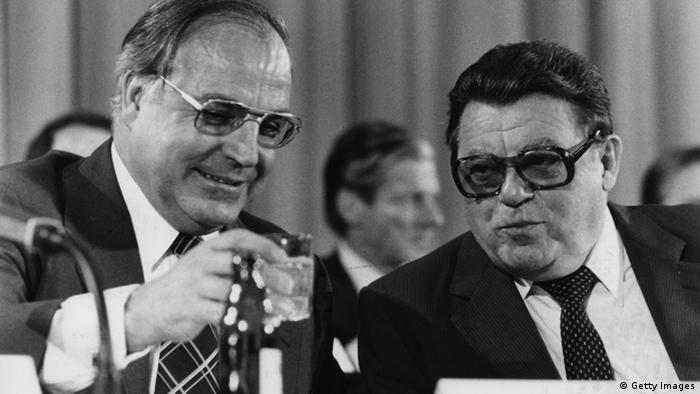 Past conflicts between the two conservative parties

As contentious as the atmosphere on Thursday was, it is actually not yet the worst falling out and testing of strength between Germany's two conservative parties.

In 1976, the CSU under then-chairman Franz Josef Strauss tried to force out Helmut Kohl as the head of the much larger CDU by threatening to withdraw from the two parties' joint parliamentary group.

But this assertion of CSU independence didn't last long. In response, Kohl threatened to establish a branch of the CDU in Bavaria. The presence of another conservative party would have almost certainly deprived the CSU of its traditional absolute majority in Germany's largest state.

Strauss, who had previously vowed that his CDU rival would never become German chancellor, relented, and Kohl would go on to become West Germany's leader six years later. Merkel hopes that this tug-of-war will ultimately yield a likewise positive result where she is concerned. 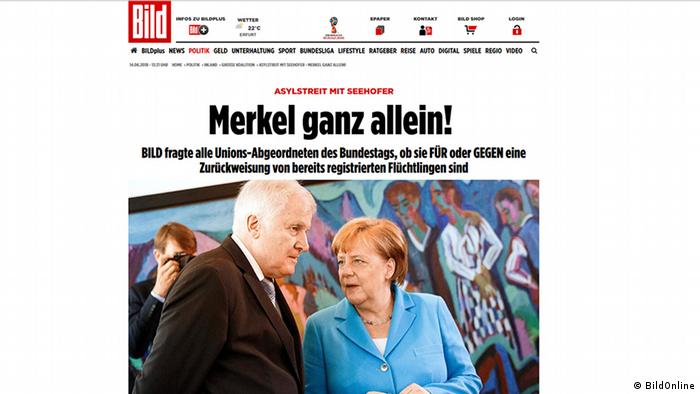 The junior partners in Merkel's governing grand coalition, the center-left Social Democrats (SPD), are taking a dim view of the struggle for power in the conservative camp.

"We have very extensive agreements on the refugees in our coalition contract," SPD chairwoman Andrea Nahles told reporters during the break in the Bundestag session.

Nahles called upon conservatives to end their internal quarrels "as soon as possible" and blamed the disharmony on Bavaria's regional election this October.

"Acts of drama intended to serve the cause of regional elections aren't appropriate here," Nahles said.

The opposition was also highly critical. Green Party co-chairman Anton Hofreiter said that the CDU was being "irresponsible." Alice Weidel, co-leader of the far-right Alternative for Germany, accused the CDU/CSU of "playing for time." Left Party deputy Jan Korte spoke of a full-blown "governmental crisis."

But Christian Lindner, head of the liberal Free Democrats, said that the conflict was likely to be only temporary and would end in a "wishy-washy" compromise.

After chairing the government's integration summit, Merkel has called for a pan-European solution for illegal migrant arrivals currently concentrated in Italy, Greece and Spain. Her interior minister was absent. (13.06.2018)