She escaped from a living hell: Nadia Murad gives a face to the thousands of Yazidi women who were raped by members of IS. Her efforts to end sexual violence as a weapon in war earned her the 2018 Nobel Peace Prize. 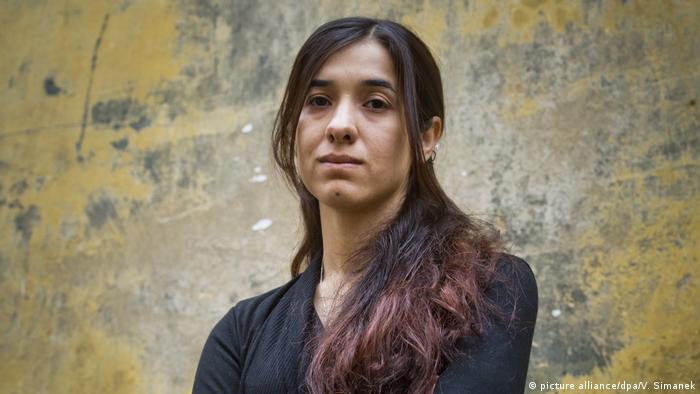 Nadia Murad Basee Taha will never forget August 15, 2014 — the day her ordeal began. She would later refer to this a living hell that she managed to survive. She was 19 years old when her life changed abruptly. Up until then, she had harbored great plans. She was allowed to attend school and wanted to become a history teacher, or perhaps even open up her own beauty salon in the small village of 2,000 inhabitants where she lived.

Her village lies in Sinjar, a region of northern Iraq populated mostly by Kurdish Yazidis. Many had already fled the village out of deadly fear of the terrorist organisation "Islamic State" (IS).

Within one hour, more than 300 men, women and children from the village were suddenly torn from Murad's world. The IS unleashed a bloodbath. Before her very eyes, her six brothers were murdered because they refused to convert to Islam. She was forced to witness how the terrorists murdered her mother. Those who survived the attack were abducted and brought to Mosul, an IS stronghold. Murad was one of them. 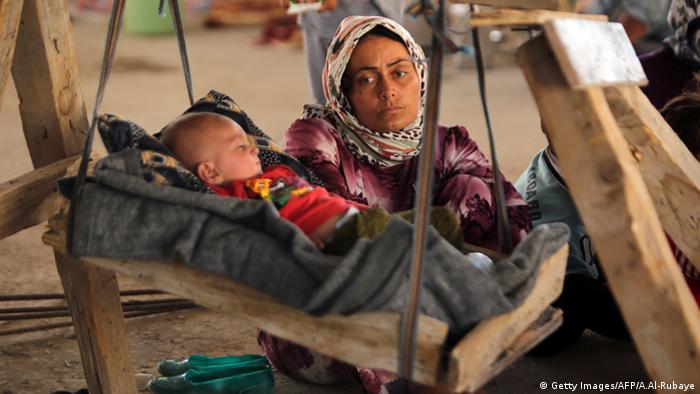 For three months, she was a prisoner of IS fighters, who in the summer of 2014 had taken large sections of Syria and Iraq, overrunning villages populated by Yazidis, Christians and other non-Muslims. During these three months, Murad suffered the fate of a sex slave – she was beaten, tortured and raped. It was to be a fate shared by more than 5000 Yazidi women.

Almost two years later, she was formally appointed UN Goodwill Ambassador for the Dignity of Survivors of Human Trafficking in order to draw attention to the suffering of the estimated 3400 Yazidi women and children still held prisoner by the IS fanatics. UN Secretary General Ban Ki Moon said that he was "moved to tears" by the fate of the young woman, as well as by her "strength, courage and dignity."

In 2016, the European Council awarded her the Vaclav Havel Human Rights Award. Two years later, the 25-year-old became the second-youngest Nobel Peace Prize laureate in history. She was honored along with Congolese doctor Denis Mukwege for their efforts to end the use of sexual violence as a weapon of war and armed conflict.

In a monotone voice and with hardly any visible signs of emotion, the young woman with long brown hair and sad eyes reported to the United Nations about her time in captivity, the indignities she suffered and the unrestrained violence that she and a further 150 Yazidi families were forced to endure.

"I was not alone and perhaps I was the luckiest. Over time, I found a way to escape, while many thousands could not. They are still being held prisoner," she said. "I am here in order to represent those who have been taken from us. We cannot bring them back. We will cherish their memory as we continue to fight."

'Thousands of others could not escape'

Some women, she relates, took their own lives out of desperation. Not Murad. "I did not want to kill myself, but I did want them to kill me," she said in an interview with Time magazine. After three days in captivity, she was given to an IS fighter as a present. He humiliated her and tortured her daily. She was severely punished for her first attempt at escape. She was placed in a room where she was forced to undress. Her guards abused her and she was molested by a number of men until she fell unconscious.

After three months of absolute torture, she finally managed to escape. Since then, she has lived in Germany and has been campaigning for the international community to recognize the horrors committed against the Yazidis as genocide.

With the support of her lawyer, Amal Clooney, Murad wants the "Islamic State" to be brought before the International Court of Justice. On the occasion of the young Yazidi woman being named UN special ambassador, Clooney said, "I wish I could say that I am proud to be here. Yet, I am not."

Clooney  finds it shameful that the UN has frequently been unable to prevent genocides or to pursue its perpetrators, as the interests of member countries stand in the way. "As a woman, I am ashamed," she continued, at how girls such as Murad are treated like merchandise and their bodies used as combat zones. "I am ashamed that we have ignored the cries for help."

On account of her fearless commitment, she is still being pursued by the IS and has received death threats. Yet, death has lost its terror for Murad. "Death is harmless in comparison to the hell that we all had to endure."