The award, worth more than a million dollars, has been given jointly to Denis Mukwege and Nadia Murad for their efforts to end the use of sexual violence as a weapon of war. Murad is the second-youngest laureate.

At a ceremony in the Nobel Institute on Friday, Denis Mukwege and Nadia Murad were named the Nobel Peace Prize laureates for 2018 for their efforts to end the use of sexual violence as a weapon of war and armed conflict.

Congolese Doctor Denis Mukwege is a gynecologist who founded the Panzi Hospital in Bukavu, where he specializes in the treatment of women who have been gang-raped by rebel forces.

Nadia Murad Basee Taha is a Yazidi Kurdish human rights activist from Iraq. Since September 2016 she has been the first UN Goodwill Ambassador for the Dignity of Survivors of Human Trafficking. The 25-year-old Murad is the second-youngest laureate ever. Pakistani activist Malala Yousafzai was 17 when she was named laureate in 2014 with Kailash Satyarthi. 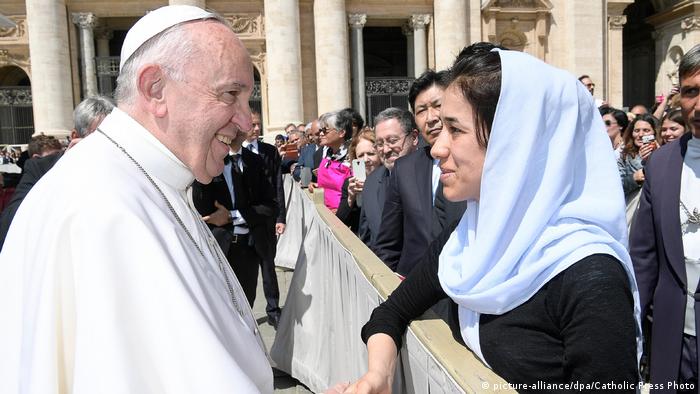 Mukwege was in the operating room at the Panzi Hospital when the news came through on Friday. "Women came and started to make noise around the operating room, and I was not really paying attention to what was going on," Mukwege told Oslo daily VG over the phone. "you can imagine how moved I was."

Murad is the first Iraqi citizen to win the award. When she was 19, Murad was captured by "Islamic State" militants and raped, beaten and tortured daily before she managed to escape.

German Chancellor Angela Merkel has congratulated both "splendid prize-winners," with her spokesman, Steffen Seibert, saying that Mukwege and Murad stood for a "cry for humanity." He said the German government had the greatest respect for the work of the two laureates.

Murad came to Germany in 2015 as part of a program for female victims of violence. She met the chancellor in 2016 to discuss her work helping others to deal with trauma and after effects of the violence against them.

The Nobel committee received nominations for 216 individuals and 115 organizations for this year's peace prize, one of five Nobel Prizes established in the will of Swedish industrialist and arms manufacturer Alfred Nobel in 1895. 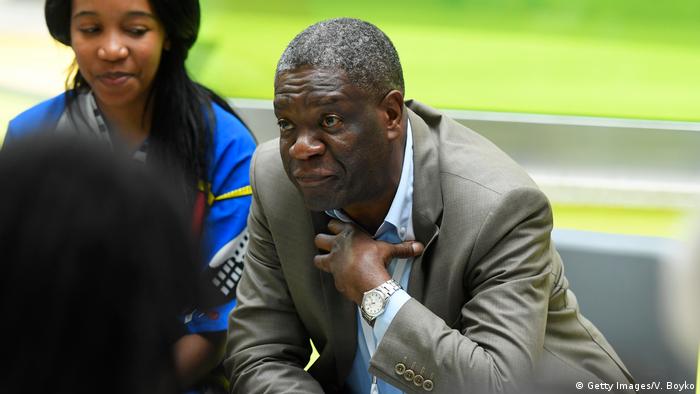 Ahead of the announcement

Ahead of the announcement at the Norwegian Nobel Institute in Oslo, Norway, bookmakers had the leaders of North and South Korea as odds-on favorites for the prize after their three summits aiming to improve relations between the two states, still officially at war.

"After historic talks the Korean leaders are the overwhelming favorites to be announced as the 2018 Nobel Peace Prize winners, although Donald Trump is also fancied by some punters to land the accolade for his role in bringing the two together," Ladbrokes Jessica Bridge said on the company's website.

Chancellor Angela Merkel was joint-fifth in the betting at 16/1 — the same odds as Pope Francis.