Yousafzai was just 15 years old when she was shot in the head by militants on her way to school. She returns home a Nobel Prize winner and Oxford University student. 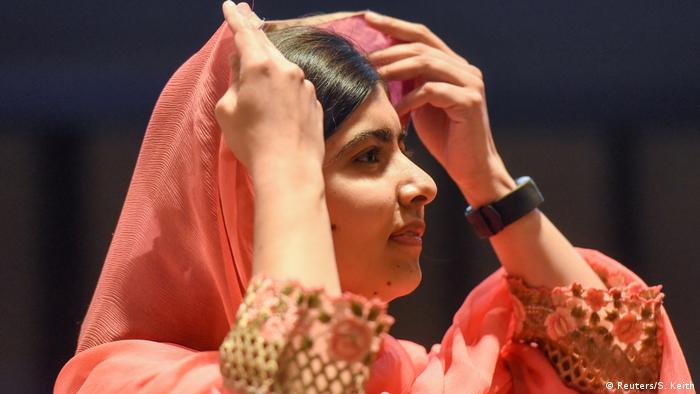 Nobel peace laureate Malala Yousafzai returned to her native Pakistan on Thursday, for the first time since she was shot by militants in 2012. The then-15-year-old was targeted after she began publishing a blog about life under Taliban rule.

The Oxford University student arrived in Islamabad accompanied by her parents, where she later met with Prime Minister Shahid Khaqan Abbasi.

"It's the happiest day of my life. I still can't believe it's happening," Yousafzai said in a televised speech, at times wiping away tears.

"When she went away, she was a child of 12. She has returned as the most prominent citizen of Pakistan," Abbasi said.

Many in Pakistan were jubilant over the visit, including lawmaker Syed Raza Abidi, who welcomed "the brave and resilient daughter of Pakistan back to her country," on Twitter.

Yousafzai began writing a blog for the BBC's Urdu service in 2009, when she was only 11 years old. A longtime advocate of education for girls, she wrote and gave interviews on the difficulties of getting proper schooling under the thumb of the Taliban in the Swat Valley.

Shot on the school bus

On October 9, 2012, gunmen boarded her school bus and after famously asking "who is Malala?" shot her in the head.

She was flown to Birmingham in the UK for medical treatment, and remained there to continue her schooling after recovering. In 2014, she became the youngest person ever awarded the Nobel Peace Prize for her dogged advocacy work.

Yousafzai went on to co-author a bestselling book about her experiences and was the subject of an Academy Award-nominated documentary.

Despite her immense popularity, she also has some detractors in Pakistan. As journalist Huma Yusuf put it when summarizing Yousafzai's critics, "her fame highlights Pakistan's most negative aspect (rampant militancy)," and for some "her education campaign echoes Western agendas."