South Korean President Moon Jae-in has put forth a surprising nominee for the 2018 Nobel Peace Prize: Donald Trump. The US president hopes to meet Kim Jong Un at the site where the Korean leaders held talks days ago. 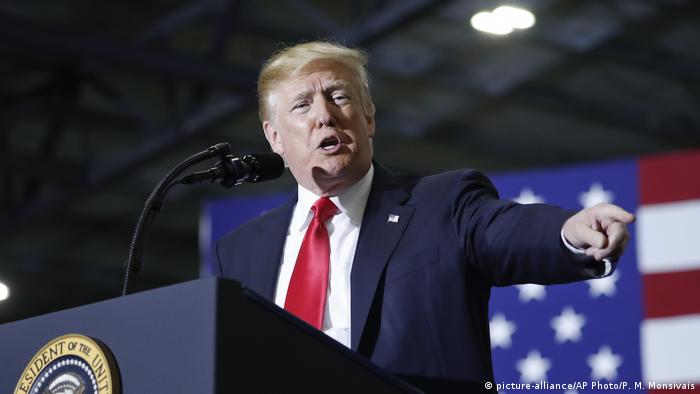 "President Trump can take the Nobel prize," Moon reportedly said. "All we need to take is peace."

Despite facing some opposition at home, Moon, who has also held talks with regional rivals on the issue, has pushed engagement over sanctions, the US president's preferred approach.

On Friday, at the third Korean summit since the 1950-53 war, Moon and Kim pledged to end hostilities and work toward "complete denuclearization" of the peninsula.

Kim's father, Kim Jong Il, met with South Korean Presidents Kim Dae-Jung and Roh Moo-Hyun in 2000 and 2007, respectively; those men are all dead now. Kim Dae-jung, who championed engagement with North Korea, won the Nobel Peace Prize following the summit in 2000. Moon's comments on Monday came in response to a message from Kim's widow, Lee Hee-ho, who had sent her congratulations and told the president she hoped that he could also win the prize, announced in October.

Trump has a meeting of his own with Kim scheduled for May. "Numerous countries are being considered for the MEETING, but would Peace House/Freedom House, on the Border of North & South Korea, be a more Representative, Important and Lasting site than a third party country?" (sic throughout) he tweeted on Monday. "Just asking!"

On Saturday, Trump had touted his ability to achieve a nuclear deal with North Korea at a rally in Michigan, grinning and nodding (pictured) as his supporters chanted "Nobel! Nobel!" That word was on few lips last fall, however, when Trump threatened to rain "fire and fury" on and traded personal insults with Kim, whom he branded the "Little Rocket Man" — drawing rebuke from the lyricist who wrote the 1972 Elton John classic that the US president was riffing on. In a statement, Kim pithily called Trump a "dotard" (a mentally frail person of advanced age) and told North Koreans to ignore his US counterpart's growling: "A frightened dog barks louder."

With odds of 4-6, the major UK bookmaker Coral has Kim and Moon as favorites to win the Nobel Peace Prize, followed by Trump and the UNHCR, the UN's refugee agency, both at 10-1.