After a historic summit, Kim Jong Un and Moon Jae-in have committed to achieving "a nuclear-free Korean Peninsula." The two plan to meet again in May to further discuss reducing tensions.

Following two meetings between Kim and South Korean President Moon Jae-in, the North and South released a joint statement that the North had agreed to work towards ridding the Korean Peninsula of nuclear weapons, with a long-term goal of "declaring an end to the Korean War."

What the leaders said after the meeting 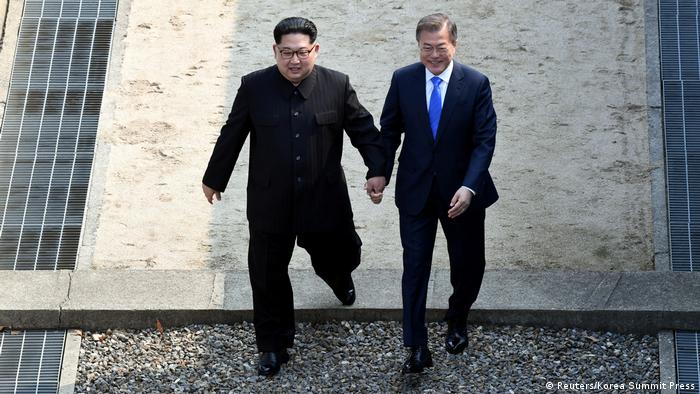 "The United States, and all of its great people, should be very proud of what is now taking place in Korea!" he wrote.

Japanese Prime Minister Shinzo Abe said that Japan welcomed the summit between the leaders of North and South Korea as a positive step and that he expected Pyongyang to take concrete steps towards acting on its promises.

Japan would stay in close contact with the United States and South Korea over the topic of North Korea, Abe said, adding that Japan was "absolutely not" being left out of the denuclearization process. 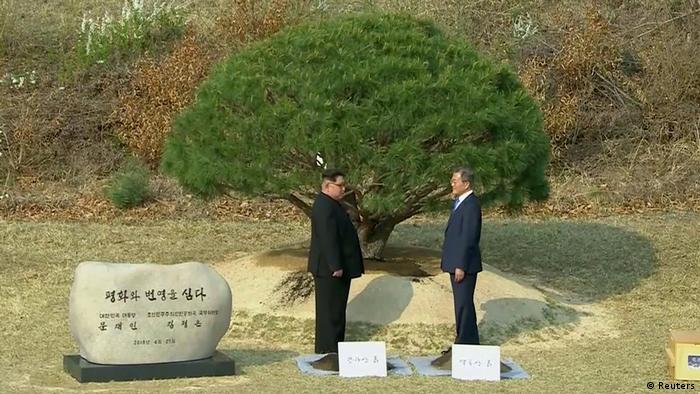 "Today we see that this direct dialogue has taken place [and] it has certain prospects," President Vladimir Putin's spokesman Dmitry Peskov told reporters.

NATO chief Jens Stoltenberg hailed the meeting, saying it was "encouraging," but warned that more challenges lay ahead. "This is a first step, it is encouraging, but we have to realize there is still a lot of hard work that lies ahead of us," Stoltenberg said.

Where did the Korean summit take place?

The summit was held in the inter-Korean Peace House in the south section of the Joint Security Area (JSA) between North and South Korea. The JSA, also known as the Truce Village of Panmunjom, is where all meetings between North Korea and the United Nations Command or South Korea have taken place since 1953.

Why was this summit historic?

Kim is the first North Korean leader to cross to the southern side of the JSA since fighting in the Korean War ended in 1953. North and South Korean leaders have met just three previous times in the demilitarized zone. The last meeting occurred in 2007, when the late Kim Jong Il, who was North Korea's leader from 1994 until his death in 2011, met with the then-South Korean president, Roh Moo-hyun. 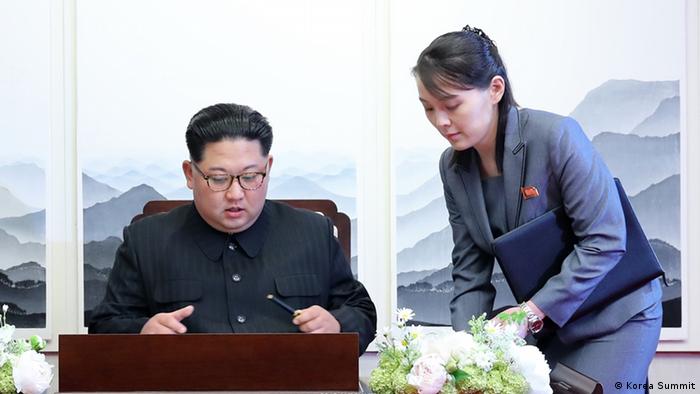 The denuclearization of North Korea was at the top of the agenda and the North has now agreed to denuclearize. The North has conducted several weapons tests, including one involving a hydrogen bomb, since Kim assumed power in 2011. The North Korean leader announced last week that the country will suspend nuclear tests and missile tests indefinitely.

A second meeting between the Koreas is planned for May, where they will hold military talks to further discuss reducing tensions. The Korean summit was a precursor to a meeting between Kim and US President Donald Trump, which could take place in late May or early June. The Trump administration has applied a "maximum pressure" approach to North Korea and is credited with getting Kim to come to the table.

Korea summit 'is a great opportunity'