South Korean makes 'Pizzas for the People' of North Korea

A South Korean artist smuggled 500 DVDs of a homemade cooking video to North Korea. But why did Hwang Kim choose pizza of all things? It's a seemingly silly project with serious goals. 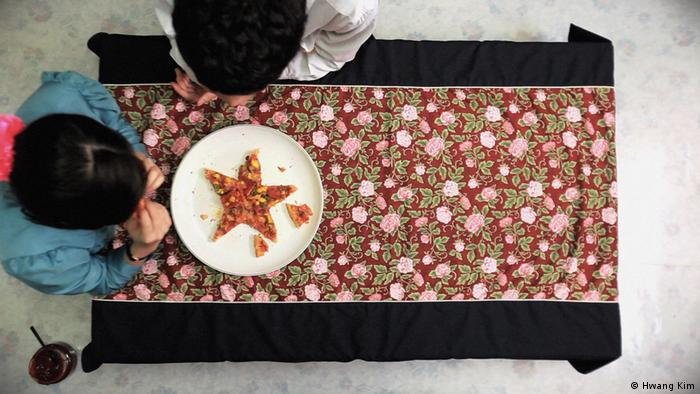 Kim Jong Il dreamed of authentic Italian pizza in the heart of Pyongyang. The deceased dictator and the father of North Korea's current leader, Kim Jong Un, is remembered as a gourmand, and the dish was a particular favorite of his. He loved it so much that he was determined to bring it to North Korea. This was how, nine years ago, the country got its first pizzeria — an elite hangout in a nation where many otherwise go hungry and malnourished.

The dictator pulled out all the stops: Ingredients for the recipes were specially imported from Italy. And Kim had the cooks sent to Rome and Naples to train at the source and learn the correct way of making pizza. After all, it had to taste authentic. The restaurant is even listed on the Lonely Planet website, which describes it as "pretty decent" and adds that it also boasts "a full range of pasta dishes, as well as the ubiquitous after-dinner karaoke."

The opening of the pizzeria was first reported in March 2009 in the magazine Choson Sinbo, which is published in Japan and edited by Koreans in exile. All over the world, newspapers seized on the story, which was how the South Korea-born London-based artist Hwang Kim came to hear about it. He was fascinated. "I found it quite bizarre," Kim said. "In North Korea, there is very limited access to influences from other cultures, for ordinary people, at least, and it's strictly controlled. The political leadership has these privileges, of course. And suddenly there was a pizzeria in North Korea. But very few people could actually eat there."

That gave the artist an idea. Kim decided to try to sneak messages past censors and send them to the other side using artistic means: by making a film specially for North Koreans. "Cross-border communication is almost impossible because of conditions in North Korea; everything is very limited," he said. But he didn't let that discourage him. This was the genesis of the project "Pizzas for the People," a series of four short films, each with two protagonists, one woman and one man, both played by South Korean actors.

The finished miniseries was scheduled to be shown in Germany for the first time on Sunday, at a theater festival in the southwestern city of Heidelberg, with Kim on hand to talk about evading censorship and take questions from the audience. Episodes of "Pizzas for the People"  are about five minutes long and address a variety of topics. "The whole thing comes across as a kind of mixture of soap opera and home video," Kim said. "We wanted to use a light, satirical tone to try and explain something to North Koreans about Western lifestyles." Topics covered include K-Pop, Christmas and, of course, pizza. 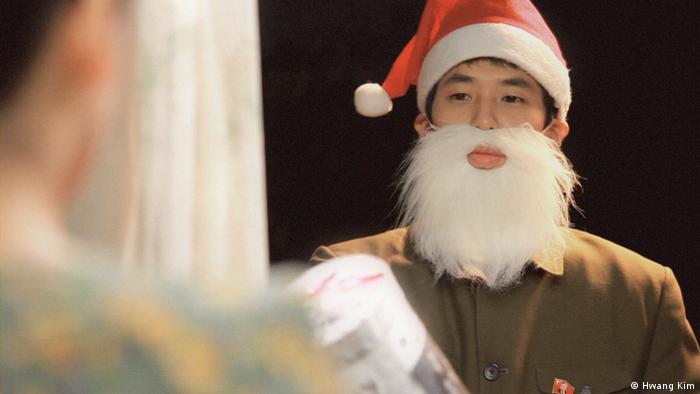 Filming took place in South Korea. By the spring of 2010, the completed film had been burned onto 500 DVDs. "It's an open secret that cross-border smuggling is thriving," Kim said. "Goods and money are always getting into the country that way. Officially, of course, it's banned, but the North Korean government turns a blind eye because it's good for its economy." He decided to use these smuggling channels for his project, and made contact via middlemen with smugglers in the region near North Korea's border with China.

Five men were given the task of smuggling 100 DVDs apiece across the border and distributing them on the black market. "I didn't sell the videos to the smugglers," Kim said. "I just gave them to them and said I'd leave it up to them whether they sold them or just handed them out for free. I think a couple almost certainly took money for them, perhaps the equivalent of one euro, but I can't say for sure."

Kim doesn't know how many people have seen his films; he has to rely on reports from the smugglers. They told him that the DVDs had sold out. "They were my only channel of communication, but I have to say that this channel is not all that reliable," Kim said. "I did establish a certain relationship with them, but I can't entirely trust them."

It's customary for smugglers to bring their clients something back from North Korea, as proof that they have done their job. "It might be letters or signatures," Kim said. "I got responses, too — photos, for example, of people who had made their own pizzas after watching the videos." There was also some fanmail for the actress in the videos.

To what extent does Kim believe that it is possible to overcome the barriers of his divided homeland? The artist is still preoccupied by the question. He was looking forward to discussing it in Heidelberg, in a country that was, until relatively recently, divided itself.