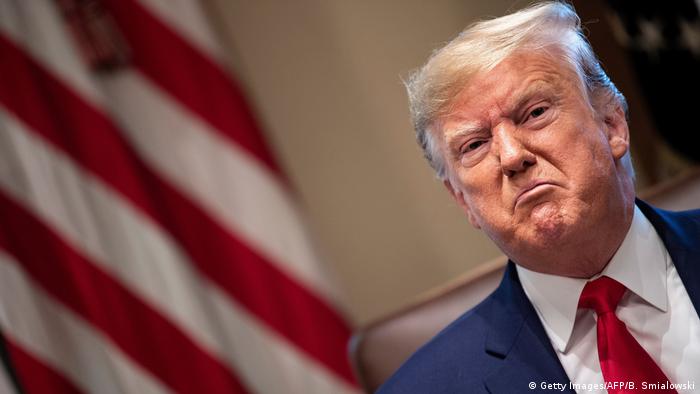 Although Washington is one of Germany's closest allies, public trust in the US has significantly eroded under President Donald Trump, a new YouGov survey showed.

Some 41% of Germans said they thought Trump was the most dangerous out of the five world leaders.

In second place was Kim with 17%, followed by Putin and Khamenei with 8%. Coming in last was China's Xi with 7%.

Over 2,000 people in Germany took part in the survey, which was commissioned by news agency dpa.

A similar YouGov poll was carried out in July last year, in which 48% of Germans surveyed said Trump was more dangerous than Kim and Putin. That poll, however, did not include the leaders of Iran or China.

A separate year-end poll showed that public trust in German Chancellor Angela Merkel had also diminished at home, particularly when compared to other European leaders.

According to a poll carried out by the Kantar institute for the Funke media group, 57% of Germans surveyed said they had a "rather high" level of trust in French President Emmanuel Macron.

Merkel, on the other hand, came in several points behind the French leader at 53%.

The differences were even more pronounced on the other end of the scale, with 44% of Germans surveyed saying they had "very little" trust in Merkel, compared to 32% for Macron.

In that poll, Trump came in last as the least trustworthy leader (89% very little trust), behind Turkish President Recep Tayyip Erdogan (86%) and Britain's Prime Minister Boris Johnson (71%). Developments in all three NATO allies since around 2016 have gained considerable media attention in Germany.

Merkel couldn't contain a surprised smile at Trump's announcement, but social media users weren't so gracious. The mayor of Trump's grandparents' hometown shrugged at the news. (26.08.2019)

Berlin and Brussels have criticized White House sanctions against companies involved in building a Russian natural gas pipeline to Germany. They accused President Trump of interfering in national and bloc sovereignty. (21.12.2019)