Marking the 20th anniversary of Macao's handover, the Chinese president has praised the city for its commitment to the "one country, two systems" model. Unlike Hong Kong, casino-dependent Macao has avoided civil unrest. 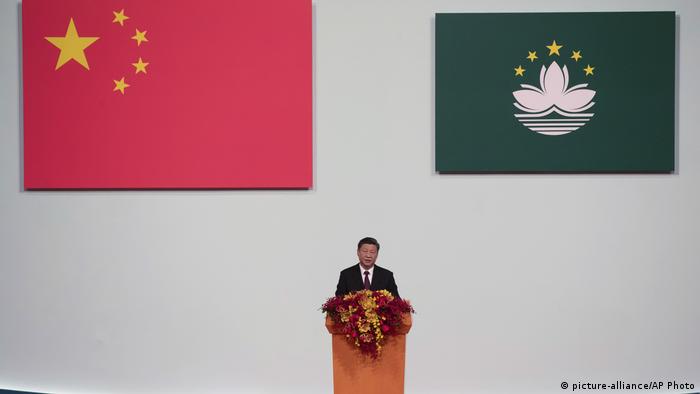 Chinese President Xi Jinping on Friday warned against external interference in the country's special administrative regions at a ceremony marking the 20th anniversary of Macao's handover to Beijing from Portugal.

"We will definitely not allow any foreign forces to interfere with Hong Kong and Macao affairs," said Xi. "The will of the Chinese government and the Chinese people to safeguard national sovereignty, security and interest in development is rock solid."

His comments come after months of disruptive protests in Hong Kong which have dragged the Asian financial hub's economy into its first recession in a decade. The protests initially opposed a controversial extradition bill but have since transformed into a wider movement calling for further autonomy from Beijing. 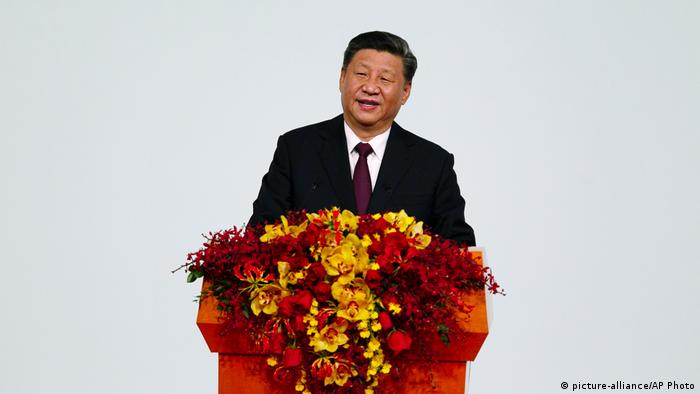 Xi hailed Macao as an exemplary model of its "one country, two systems," unlike Hong Kong

Painting a stark contrast with Hong Kong, Xi described Macao as a "shining chapter" of its "one country, two systems" — a political model that provides for the cities' semi-autonomous status.

"A sense of nation and patriotic spirit has deeply taken root in the hearts of young people," Xi said. He claimed that the "most important reason" for Macao's success was its loyalty to mainland China.

In the 20 years since Macao's handover to Beijing, the city has seen its GDP grow from $6.4 billion (€5.8 billion) to more than $55 billion, making it one of the wealthiest areas per capita in the world.

However, that growth is largely dependent on Macao's lucrative casinos. During his speech, Xi encouraged the region's government to diversify the economy and further integrate with mainland China.

Casino capital Macau | Made in Germany

China's president has offered his support to Hong Kong's embattled leader following months of protests and violent clashes. The former British colony's economy has plunged during its worst political crisis in decades. (16.12.2019)