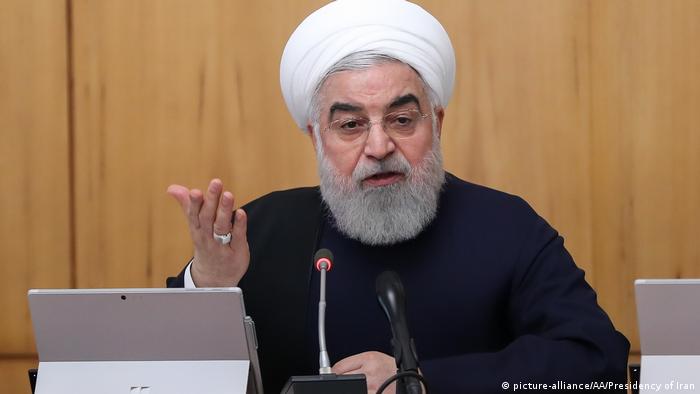 "We are stumbling from one crisis to the next without anything getting better," Ghasem Shole Sadi, a former Iranian MP, told DW. "The political system is at a dead end. Democratic forces are not in a position to make the necessary decisions and lead us out of the crisis."

Like many others, Shole Sadi is disappointed by the so-called reformers and moderates who won the majority in the 2016 parliamentary elections. "They have shown us that they have nothing to say. The biggest decisions, such as raising the price of gasoline, were made over their heads. And they don't even have the courage to question these controversial decisions," he said. "The supreme leader rules this country alone."

The US strategy of "maximum pressure," a tightening of American sanctions, has strengthened the position of Ayatollah Ali Khamenei, Iran's supreme leader. He and the powerful Revolutionary Guards he leads are more intransigent than ever in the belief that Iran must increase its capability to resist the US. At the same time, their tolerance for dissent is lower than ever.

In May 2018, the US unilaterally withdrew from the international nuclear agreement with Iran. With "maximum pressure," Washington wants to force Iran into a new, comprehensive agreement that would include Iran's regional policy and missile program.

As a result, the Islamic Republic now faces the most serious crisis in its 40-year history. Yet concessions are nowhere in sight. Despite — or because of — the sanctions, Khamenei has rejected any negotiation with the US. To the contrary, he has appointed a council meant to develop and implement a policy of "maximum resistance" to the US. Khamenei's opponent in Washington is the Office of Foreign Assets Control, the part of the US Treasury Department responsible for enforcing the sanctions. They are the toughest to date, and target Iran's oil industry — the country's largest source of income — in particular. 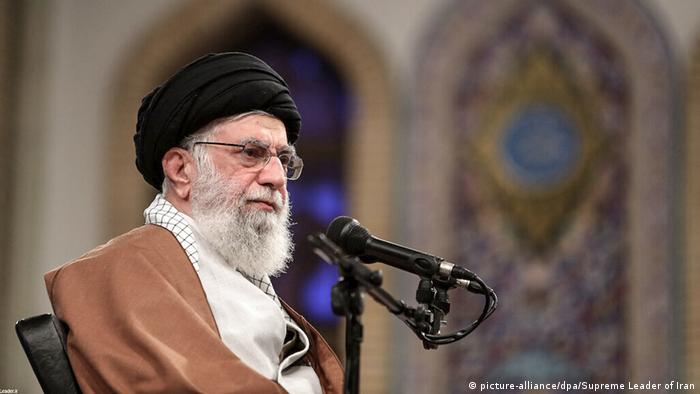 Supreme Leader Khamenei presents himself as leading resistance to the US

Escalation in the Gulf

In response, Iran started a gradual withdrawal from the nuclear agreement in May 2019. Tehran also threatened to block the Strait of Hormuz, which handles almost one-third of global oil shipments. "Either everyone can sell their oil or no one can," Iranian President Hassan Rouhani said months ago.

Tensions escalated further in the summer: a series of attacks on oil tankers that Iran denied being behind, then the shooting down a US drone near the Iranian coast. Talk of war abounded when, on June 21, US President Donald Trump called off a retaliatory attack in the last moments. In response, Khamenei said in a speech: "We will not negotiate and there will not be war."

The supreme leader and Iran's hardliners are betting that US President Donald Trump has little appetite for a new war in the Middle East with an election year coming up, according to Kamran Matin, a senior lecturer on international relations at the University of Sussex. He told DW back in June that "they want to show their base in Iran their ability to resist the US and at the same time make it clear to their regional neighbors what capabilities they have."

Tensions reached new heights in September, when drones attacked Saudi Arabia's main oil processing plant, causing extensive damage. Riyadh is America's main ally in the Persian Gulf and Iran's archrival in the region. Houthi rebels from Yemen claimed responsibility for the attack, but Iran is suspected to be behind it. 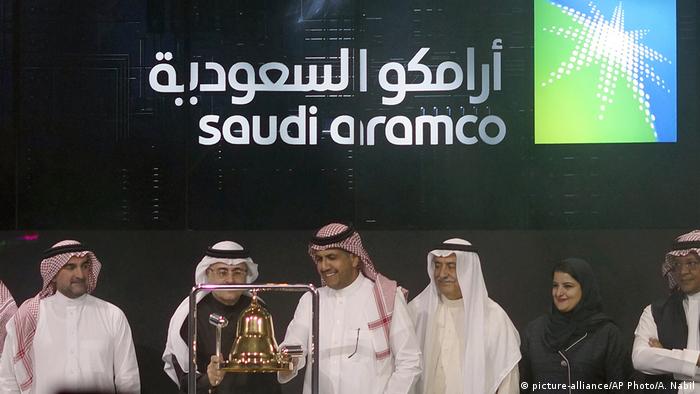 Aramco made its first public offering on the stock market in December, but the danger of another attack remains

Gas prices and their consequences

Meanwhile, Iran's situation is deteriorating. The resistance council, which Shole Sadi calls unconstitutional and consists of President Hassan Rouhani, the parliamentary speaker Ali Larijani and Justice Minister Ebrahim Raisi, has had to implement a tough austerity policy and cut subsidies. Money is short: US sanctions led to an 80% drop in Iran's oil exports compared to 2017.

Because of the failing revenue, the council decided in mid-November to ration gas and raise its price, which had been heavily subsidized. It was no secret that the decision would have serious consequences for people on lower and middle incomes. Beyond the immediate effect at the pump, the fuel price increase, coming in the midst of an economic crisis, has made many other everyday goods and services even more expensive. Protests were on the cards, and security forces were ready to suppress them swiftly and with force.

An internet shutdown was not the only consequence. "People were often shot in the upper body with live ammunition to deliberately kill them," Reza Khandan, a human rights activists, told DW. Nobody can say exactly how many people died. The UN puts the estimated death toll at at least 208 people, including 12 minors. 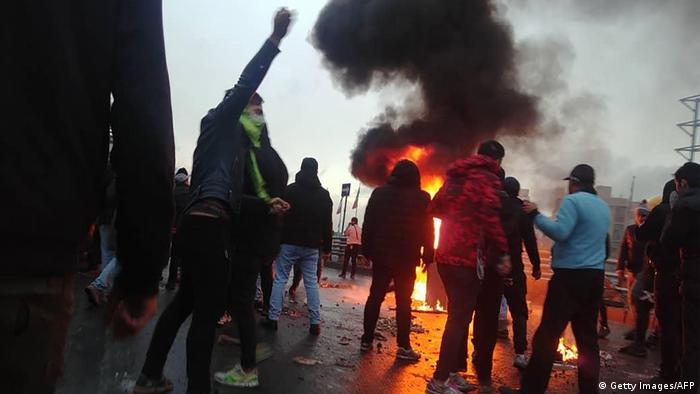 The brutal response to desperate people protesting the price increase has deeply shocked many in Iran. Former presidential candidate Mir Hussein Mousavi, a central figure in the 2009 "Green Movement," wrote his first open letter in nine years. In it, he compared today's situation in Iran with that which led to the Islamic Revolution of 1979. He wrote that before the revolution, the killings were carried out by representatives of a non-religious regime, while now the killers were from a religious one.

Khandan, the activist, has a gloomy vision of the future. "No one wants to take responsibility and no one has a solution. It is only a matter of time until people take to the streets again," he said. "And then, it will be a time of terror and violence."

Looking towards parliamentary elections in March, Shole Sadi, the former MP, is predicting a low turnout. Most voters are too disappointed in Rouhani and the reformers, he said, to the benefit of conservatives and hardliners, who enjoy a loyal electorate.

"It doesn't matter who wins the elections," Sadi said. "Ultimately, only one person decides everything anyway."

And that person is  80-year-old Ayatollah Ali Khamenei. He is in poor health, and the end of his time as supreme leader seems foreseeable. Less clear is what will happen with the country after him. But it looks as if the conservatives are in an even better position to beat the moderates in the fight for who is to succeed him.

Saudi Arabia has listed the world's most profitable company on the stock market in what is currently the world's largest IPO. Right now, shares are only being traded on the Tadawul Exchange in Riyadh. (11.12.2019)

Canada: Sponge fossils may be oldest animal life ever found