The protests in Iran following the tripling of fuel prices are arguably the most significant in the 40-year history of the Islamic republic. They could be a harbinger of things to come, writes Ali Fathollah-Nejad. 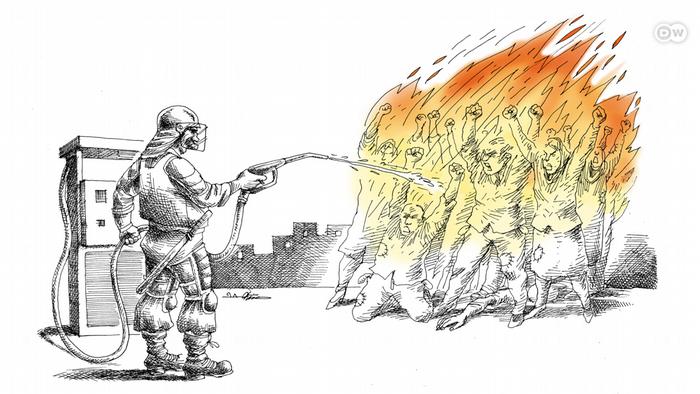 The New York Times' Iran journalist, Farnaz Fassihi, was moved to say recently that in her more than 25 years of covering the country she has "never seen protests this brazen, this angry, this widespread," adding that "this is serious. That’s why there is a total Internet blackout. [The] regime is scared."

Despite some media misrepresentation, the protests were "largely peaceful," only to be met with brutality by the regime.

The protests broke out despite the government's accompanying announcement that the revenues generated from the fuel price hike will be redistributed to 18 million households in need, about 60 million Iranians.

While the eruption of national protests indicated the people's deep distrust toward such state promises, the compensation scheme isn't anywhere near balancing the increased prices nor is its actual implementation clear. Experts suggest that only 20 million would be eligible for those insufficient payouts. Crucially, while fuel represents an important portion of lower-income households' expenditures, the rise in prices sets in motion a domino effect making many other basic staples more expensive.

This has added to the immense economic pressures average Iranians have been facing in recent years as a result of high unemployment, low wages, rampant inflation, and currency depreciation. Meanwhile, corruption and mismanagement among the elite have continued unabated.

Most Iranians' socioeconomic precariousness and the country's economic crisis have been exacerbated by the re-imposition of US sanctions 18 months ago, which have blocked the inflow of much-needed foreign investment. At the same time the problems are predominantly homemade.

This also explains why most Iranians primarily, albeit not exclusively, blame their own government's misguided policies for those economic woes. 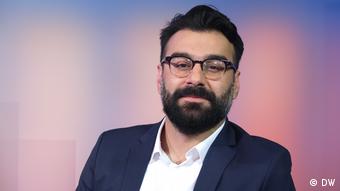 The backdrop to the fuel-price hike were very likely severe and urgent budget constraints, which would have jeopardized the payment of salaries to state employees, including various security forces. Here, the dramatic decline of Iran's oil exports — an indispensable state income — has been instrumental.

Yet, the budget constraints could have been offset by taxing the huge economic conglomerates run by the "religious foundations," the Islamic Revolutionary Guards Corps, and the Supreme Leader. Instead, the establishment chose to impose austerity measures on a population that has been increasingly impoverished over the last few years, mostly as a result of state policies.

Read more: There is 'no light on the horizon' in Iran

Hence, not surprisingly, the price hike was decided upon by the highest echelons of power, i.e. President Hassan Rouhani, Parliament Speaker Ali Larijani, and Judiciary Chief Ebrahim Raisi. Supreme Leader Ali Khamenei, without whose approval the decision would have been unimaginable, defended the price increase, while denouncing protesters as rioters and hooligans acting on behalf of Iran's enemies.

On the eve of the price-hike announcement, Supreme National Security Council officials dictated to domestic media how to cover the potential protests resulting from it. Although the authorities had expected protests, their sheer magnitude has taken them by surprise. Both the people's and the regime's resolve has been unprecedented in its ferocity.

The November protests are essentially a continuation of the December 2017 - January 2018 protests — themselves the most politicized hitherto. They also lasted for about a week before being suppressed. Again they were driven mostly by the lower and lower-middle classes, engulfed about 100 towns in all corners of the country, and were also initially triggered by socioeconomic demands before turning into anti-regime protests.

In both cases, the combination of deep-seated and accumulated socioeconomic and political grievances led to the explosion of popular rage. This time, even according to the usually understated official estimates, the number of protesters has spiked from 42,000 to up to 200,000.

Yet this time around, the popular uprising and the state's violent response present a watershed moment in several respects: It fosters the enemy image of the regime as a whole (hardliners as well as so-called moderates) among large segments of the population. Even those from the middle classes not participating have been affected by the authorities' violent crackdown and the internet shutdown (the cost of which is estimated at $61 million (€55 million) per day). Hence, the Islamic republic's legitimacy crisis has taken on a new quality.

As the generating factors of both the past and current protests — a combination of socioeconomic and political grievances intimately tied to systemic regime policies — are likely to persist, the next explosion of popular rage is only a matter of time.

Iran, therefore, will continue to experience turmoil and instability, as it remains unwilling to address the people's most basic needs and is unable to reform. Importantly, as argued by the renowned social historian Touraj Atabaki, the Islamic republic has consistently elevated legitimate socioeconomic protests to national-security threats.

To avoid another "massacre hidden from the world," as the French newspaper Libération put it and with Iran's internet crackdown threatening to serve as blueprint for other authoritarian regimes, we need to think ahead in terms of how best to ensure media coverage in those circumstances. This is the best way to signal to Iranians that their next protest will not end in another bloodbath.

Ali Fathollah-Nejad is visiting fellow at the Brookings Institution in Doha and an honorary affiliated researcher at the Center for Middle Eastern and North African Politics at Berlin's Free University and at the Center of International Cooperation and Development Studies (CECID), Université libre de Bruxelles (ULB).

Iran's Revolutionary Guards have warned of "decisive" action if unrest over a 50% fuel hike continues. At least two people have died in violent riots so far. (18.11.2019)

Colombia and Venezuela reopen border crossing after 7 years 6h ago

Opinion: Italy's shift to the right is dangerous for EU 9h ago