The Russian president has turned heads with remarks on climate change, the eastern Ukrainian conflict and Trump's impeachment. In his end-of-year press conference, he said he thought a new arms race with the US "is bad." 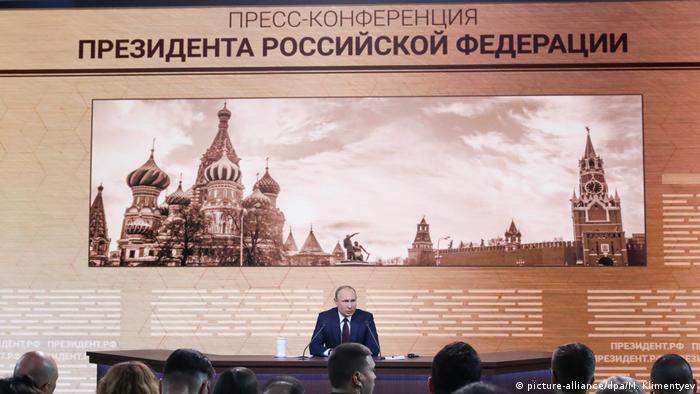 Russian President Vladimir Putin on Thursday held his annual end-of-year news conference during which he answered questions posed by journalists, including on subjects such as the impeachment of US President Donald Trump and peace talks with Ukraine.

Here are the highlights of his remarks.

'Nobody knows the origins of global climate change'

"We know that in the history of our Earth there have been periods of warming and cooling and it could depend on processes in the universe," Putin said. "A small angle in the axis in the rotation of the Earth or its orbit around the Sun could push the planet into serious climate changes."

Tens of thousands of scientists have collated overwhelming amounts of data pointing to the man-made destabilization of Earth's climate system and the importance of limiting current and future greenhouse gas emissions. 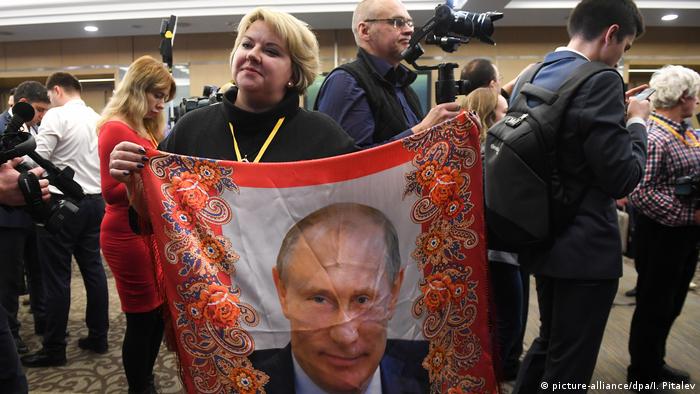 Some journalists were more enthused than others

'Nothing to curb an arms race'

When asked whether Russia would consider extending the New Strategic Arms Reduction Treaty (New START), Putin said he was prepared to do so but had not heard back from the US on the matter.

"Now if we were to receive a letter tomorrow — we are ready to sign it and send it back to Washington," Putin said. "But thus far there has been no answer to any of our suggestions. Without a new START treaty, there is nothing to curb an arms race. And that, in my opinion, is bad."

The United States and Russia have until February 5, 2021 — precisely 10 years after the treaty went into effect — to extend it for an additional five years or renegotiate a new agreement.

Putin also weighed in on the impeachment of President Donald Trump, who is accused of abuse of power for pressuring Ukrainian President Volodymyr Zelenskiy to investigate Democrat political opponents in the US on his behalf.

The process "still needs to go through the Senate where Republicans as far as I know have a majority," Putin said. "It's unlikely they will want to remove from power a representative of their party based on what are, in my opinion, completely fabricated reasons."

If Trump is found guilty and convicted, it would result in his removal from office. However, the Republican majority in the Senate is widely expected to acquit the president in a trial that could begin next month.

When asked whether there were other ways to achieve peace in eastern Ukraine besides the Minsk Agreements, the Russian was categorical.

"There is nothing other than the Minks Agreements," Putin said. "If a revision of the Minsk Agreements starts, then the situation could enter a complete dead end."

The conflict in eastern Ukraine is heading towards its sixth year. Pro-Russian separatist forces have fought a bitter insurgency against government forces and allied militias in the region, leaving thousands dead and many more wounded.

One man became the second Jehovah's Witness to receive a six year prison sentence in Russia in the last two months. Moscow has outlawed the fringe Christian group, saying they are dangerous extremists. (13.12.2019)