In a DW interview, US Under Secretary of State for Arms Control Andrea L. Thompson explained why Washington plans to suspend the INF treaty if Russia doesn't come back into compliance — and why its stance is no joke. 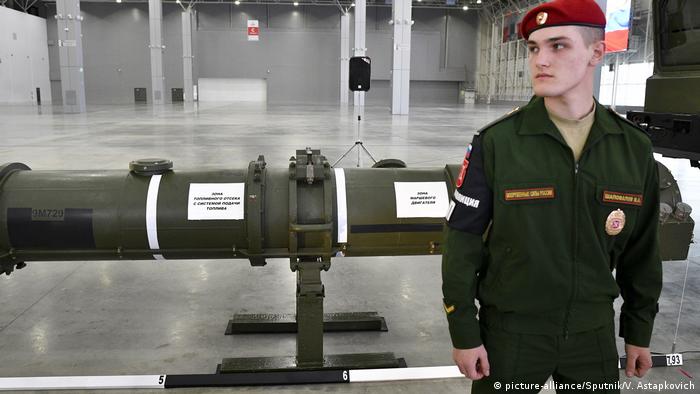 The United States had warned that unless Russia abided by the Intermediate-Range Nuclear Forces Treaty (INF) by February 2, Washington would suspend the agreement. On Friday, the US announced its withdrawal from the treaty. The INF treaty forbids Russia and the US from possessing any medium-range nuclear weapons.

Ahead of Friday's decision, US Under Secretary of State for Arms Control and International Security Affairs Andrea L. Thompson talked to DW's Zhanna Nemtsova about the US position and the possibility of a new arms race.

Andrea L. Thompson: You may know that we did meet our Russian counterpart, the deputy foreign minister (Sergey Ryabkov), last week in Geneva to discuss this and unfortunately made no new ground. The Russian response is that they continue to violate the treaty. If Russia isn't in compliance by February 2, then our intent is to suspend our obligations under the treaty. I was just in NATO last week, I briefed the NAC (North Atlantic Council — Eds.). We've got great support from the secretary-general (Jens Stoltenberg) and our NATO partners.

You don't mention withdrawal; you mention suspension. What's the difference?

We will suspend it and then a six-month clock runs, if you will. During that time Russia still can get back into compliance, but it frees our obligations under the treaty. So we suspend our obligations with the intent to withdraw. But we have abided by the treaty for the entire time. By suspending our obligations we'll be able to do the research for development of similar systems that Russia now has fully fielded in the field.

What exactly are the missiles in question that Russia allegedly possesses and that are not compliant with the treaty?

SSC-8 is the nomenclature of the US defense and the Russians know which system it is. We've continued to meet with them and show them intelligence and information on why this system is not in compliance. We've continued to show them the tests' dates, locations of when they conducted the tests. (Russia insists that the controversial SSC-8c cruise missiles can only fly 480 kilometers (298 miles), meaning that they fall below the 500-kilometer range limit stipulated by the INF treaty. — Eds.) 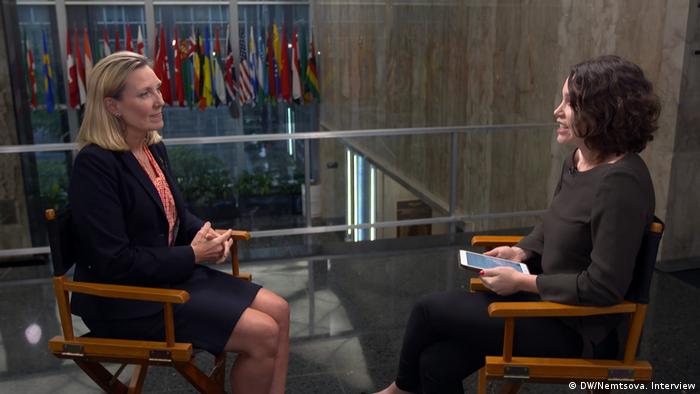 DW's Zhanna Nemtsova (r.) with Andrea Thompson, US under secretary of state for arms control and international security

But Russia also claims that the US is not compliant with the treaty. The example they always give is that the United States deployed an anti-missile system in Romania and there is a special missile launcher that is not compliant. Are these claims true?

They're not true. Russia is the only country that continues to raise this question. Other parties to the treaty, our NATO partners and allies continue to say America, the United States, is in compliance with the INF treaty. We continue to provide them facts and information why these systems are treaty compliant.

But could Russians verify that these missile launchers are compliant with the treaty or are they not allowed to get into this base in Romania? 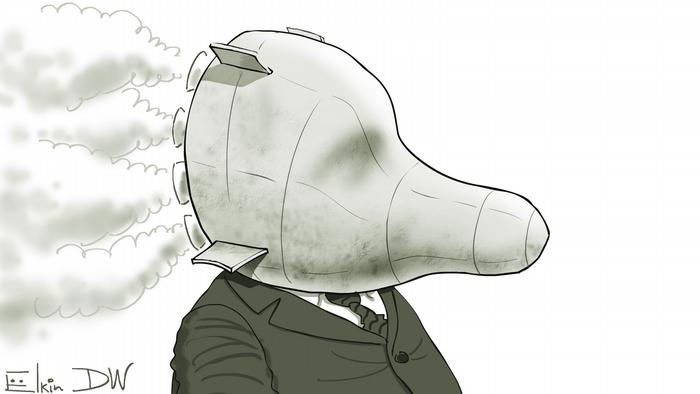 As part of the treaty, we don't all get to just randomly check other nations' systems. But we have provided them with the intelligence and fact-based data, as have our partners. But they continued with their rhetoric and propaganda. It's laughable. The world sees the fraud as it is and we continue to hold them accountable.

You always refer to verifiable results, so the INF treaty provides for a special verification commission. Does it still exist?

It does. We've continued to abide by that; we've continued to meet our obligations with the treaty. We've called meetings and we've met our technical experts as scheduled and as requested. It's not that the door is closed — the door is open, but Russia continues to violate. This isn't a research and development system. This isn't in a lab. This isn't a testing ground. These are fielded battalions. These are in the field today with soldiers manned and equipped to use these systems. They can impact Europe and our partners.

Do you expect a renewed arms race with Russia?

Russia has fielded battalions of these systems. So right now there's a race. The Russians are clearly violating and they started the so-called race.

Andrea L. Thompson has served as US under secretary for arms control and international security since April 2018. Prior to that appointment, she served as the deputy assistant to President Donald Trump, national security adviser to Vice President Mike Pence and director of the McChrystal Group Leadership Institute. For over two decades, she was also a career military intelligence specialist with numerous deployments to combat zones around the world.

NATO and the United States have increased their pressure on Russia over its alleged violation of the INF treaty. What is known about the Russian missile at the center of the allegations? (05.12.2018)