The strengths and weaknesses of Russia′s military | Europe | News and current affairs from around the continent | DW | 07.04.2018

Russian armed forces provide Moscow with clear military superiority in the post-Soviet region, despite Russia's troops not being able to match the whole of NATO. The Kremlin is busy modernizing its army, experts told DW. 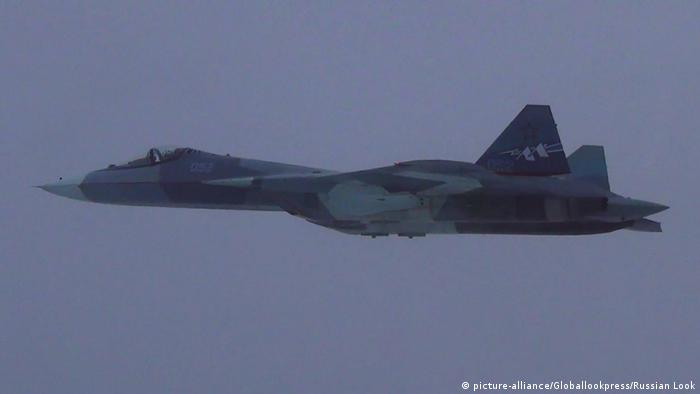 The US, Russia, and China are considered the world's strongest nations when it comes to military power, with the US the undisputed number one. Even so, Russia's still has plenty of arrows in its quiver, most notably the massive nuclear arsenal of some 1,550 deployed nuclear warheads.

Leaving the nuclear weapons aside, however, the US has an overwhelming advantage in conventional forces, including a much stronger navy and air force, Russian military analyst Aleksandr Golts told DW.

China, according to Golts, would also have the advantage of numbers in any conventional showdown with Russia. In other areas, however, things are not as clear-cut.

"Russia's air force is much stronger than the Chinese for now," he told DW. "It questionable about the navy, as the Chinese are now undertaking a very ambitious program of ship building and they are much more successful in building a [global] blue Navy fleet than Russia."

Still, while Russia's battleships are old, they are often equipped with very modern cruise missiles, according to Golts.

However, the military expert warns that ranking countries by military power is "more or less useless" as armed forces' effectiveness depends on the goals set by the nation's leaders. 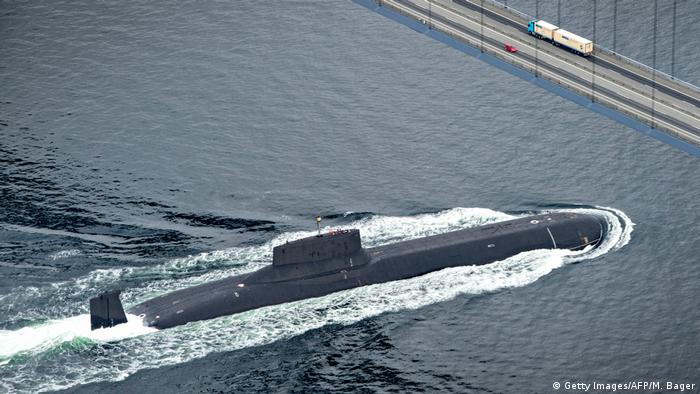 'We don't always know where the target is'

This point of view is echoed by Russian journalist and military analyst Pavel Felgenhauer, who warns that real-life conflicts depend on many different variables, including the geography and the people involved.

"It's like predicting a result of a soccer match: Yes, basically, Brazil should beat America in soccer, but I have seen Americans beat Brazil in South Africa, at the Confederations Cup," he told DW. "You never know the result until the game is played."

Felgenhauer notes that Russia is lacking in many areas of modern military technology, including drone design and production, electronic components, as well as radar and satellite reconnaissance. For example, Russia is currently producing surveillance drones under an Israeli license, and it is completely lacking in assault drone capability.

Russia is also working on modernizing its command and control centers, which serve to process information from the battlefield and feed it to the troops.

"That's what the Russian military is talking about: Yes, we have weapons, including long-range weapons, but our reconaissance capabilities are weaker than our attack capabilities," Felgenhauer said. "So we have-long range, sometimes precision guided weapons, but we don't always know where the target is."

No more German and French satellites

These problems were exacerbated by the 2014 Crimean crisis, according to the analyst. In the years leading up to the showdown with the West, Moscow was spending at least $500 Million per year in the US shopping for the so-called double-use merchandize, which can be used for both military and civilian purposes.

"It was electronic components for Russian weapons and satellites, different kinds of special glass and steel," Felgenhauer says.

Similarly, "France and Germany were making double-use satellites, which were basically military satellites, recon satellites, for Russia. And all that kind of stopped." 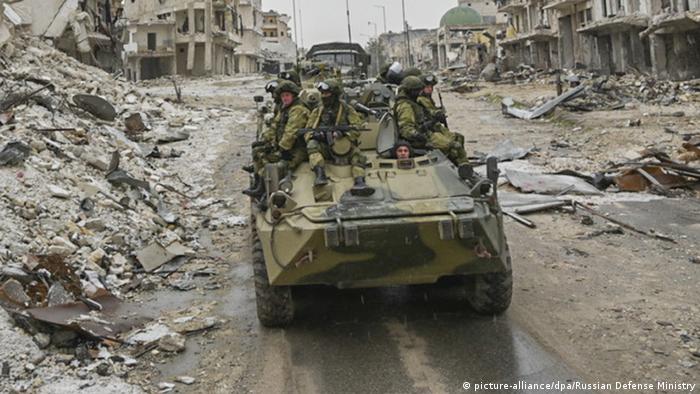 A Russian tank in Aleppo, Syria

Faced with the West's embargo, Russia is also working to develop its own drones and close the technological gap in other areas. However, the breakdown of the Soviet Union left Moscow not only weaker in terms of territory and the number of troops, but also when it comes to military suppliers, according to the experts.

"The Soviet Union had an idiotic, but at least very logical economy," Aleksandr Golts says. "It had nothing to do with market economy, but the main goal for any enterprise on Soviet territory, whether it was designated as military or civilian, was to be ready to produce military goods and equipment in case of war. After the fall of the Soviet Union, these systems disappeared."

On the other hand, the legacy of the Soviet Union is still very much present in the modern Russian army, as many of its cutting edge systems "are the development of good, old Soviet systems and the modernization of that type of technology," says Golts.

One such weapon is the decades-old Su-25 attack plane, designed to support ground troops. Russia recently announced that the latest version of the aircraft has entered production.

"It is very well known to all the people who participated in the (1980's) Afghan war, such as myself," he told DW. "But, its designers insist it only looks like the old Su-25, that all the avionics are absolutely modern […] and it has shown how good it was during the Syrian war."

In addition to the nuclear arsenal, there is one area in which Russia is clearly number one. Recently, the Kremlin announced that Russia had more tanks than any other nation in the world, notes Felgenhauer.

"Unofficially, I have seen figures of up to 20,000, which would mean that Russia has more tanks than all the NATO countries put together."

Most of the European powers reduced their tank capabilities after the end of the Cold War, focusing instead on conflicts with terrorist and guerilla groups. This, according to Felgenhauer, puts them at a massive disadvantage in the event of a ground war in Europe.

In the event of all-European war, Russia also holds a logistical advantage over the West, according to Felgenhauer. Where NATO would need months to mobilize it full strength, Russia would be able to bring in reinforcements on a much tighter schedule.